Dutch rescuers Reinier and Margaret Veerman play outside with their children on a motorcycle. 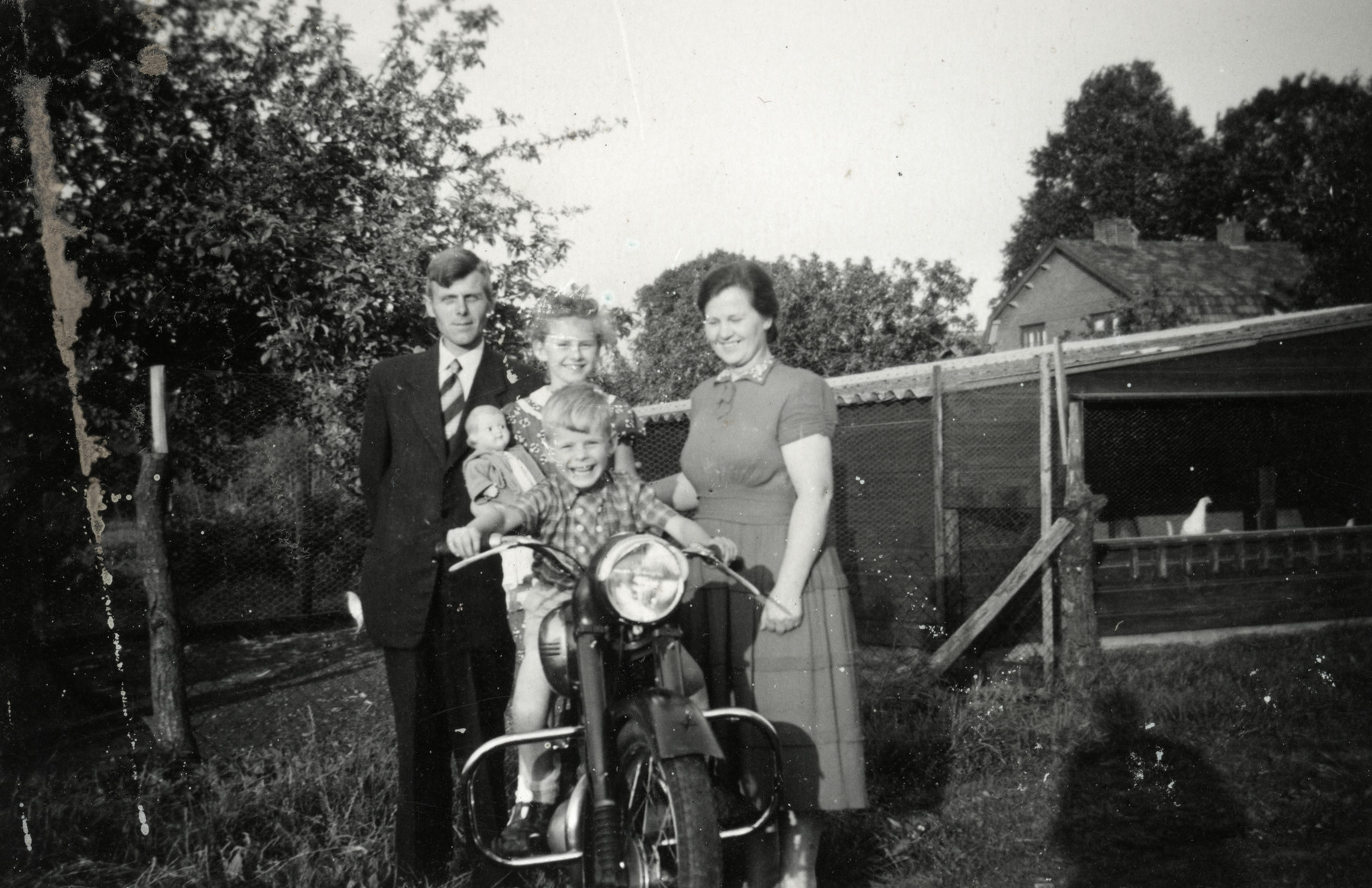 Dutch rescuers Reinier and Margaret Veerman play outside with their children on a motorcycle.

The Veermans hid the donor's brother Josef and were later recognized as Righteous Among the Nations.

Biography
Hendrik (now Haim) Roet is the son of Shlomo Pinchas Roet (b. 1892, Amsterdam) and Johanna (nee Prims) Roet (b. 1898, Alkmaar). Hendrik was born in Amsterdam on July 10, 1932. He had five older siblings: Rozinna (b. 1922), Adela (b. 1924), Josef (b. 1926), Avraham (b. 1928) and Aaron (b. 1930). His father served as an economic advisor to the Rotterdamsche Bank in Amsterdam. The family lived in Amsterdam in Minervalaan in a 2nd floor apartment with a large room where all the boys slept together. The family was Orthodox and kept a kosher home as well as the Sabbath. The boys attended public schools, although Haim's sisters went to a Jewish high school. In 1941 Haim's grandfather was widowed and the family moved in with him in the center of Amsterdam. In 1942 the family had to move to the newly established ghetto where they were given two tiny apartments due to the size of the family. The sisters moved in with their grandfather and the boys remained with their parents. During the last razzia in Amsterdam the Germans came to the apartment where the girls were staying with their grandfather and told them to get ready in ten minutes. They were all taken to Auschwitz where they perished. Their mother saw what happened through the window. When the Germans next knocked on her door, across the way she didn't open. The next morning the Germans saw that members of the family were missing, they returned to fetch them. After Haim's mother began screaming at the soldiers in fluent German, one simply turned away saying he was fed up doing this job and left them alone. This was a day or two before Rosh Hashanah, and a few Jews were praying in their apartment with a Sefer Torah. On the 2nd day of the holiday Haim's mother brought Josef, Aaron and Haim to a woman who removed their stars and went with them to the train station. Avraham stayed with his parents.

The boys went to Drente where they were separated into different houses. Johannes Post was working in the area in the underground helping children. Haim was given the name of Hendrik Drees. He recalls that he was in a few different places during the first six weeks until he was taken to a place some 30 kms by bicycle riding on wheels without tubes. Rubber was not allowed to be used, and the rubber wheels had to be turned in for the war effort. Two members of the resistance, Arnold Douwes and a Jew, Max Leons (Nico) brought him to a small farm belonging to a baker. The farmer had been asked a few weeks earlier if he was willing to take in a Jewish girl, and suddenly a boy appeared at 11:30 pm. Haim was told to get into the warm bed with the farmer and his wife, Anton and Aleida Deesker. They could not let their own child know that they were hiding a Jewish child. A Jewish adult also lived there.

Haim's parents and Avraham spent the war in southern Holland where they were liberated in September-October 1944, but the other three boys were not liberated until May, 1945. The parents had a general sense of where their sons were hiding. After their liberation, the Red Cross found the boys after posting a sign on a tree with their names saying that they were looking for a child who should be in the area. Haim's rescuers Anton and Aleida Deesker were later recognized by Yad Vashem as Righteous Among the Nations in 1983. Joseph's rescuers, Reinier and Margaret Veerman, were also recognized.