Several Jewish families who had lived together in temporary living quarters after their expulsion to Haskovo, relax on the grass. 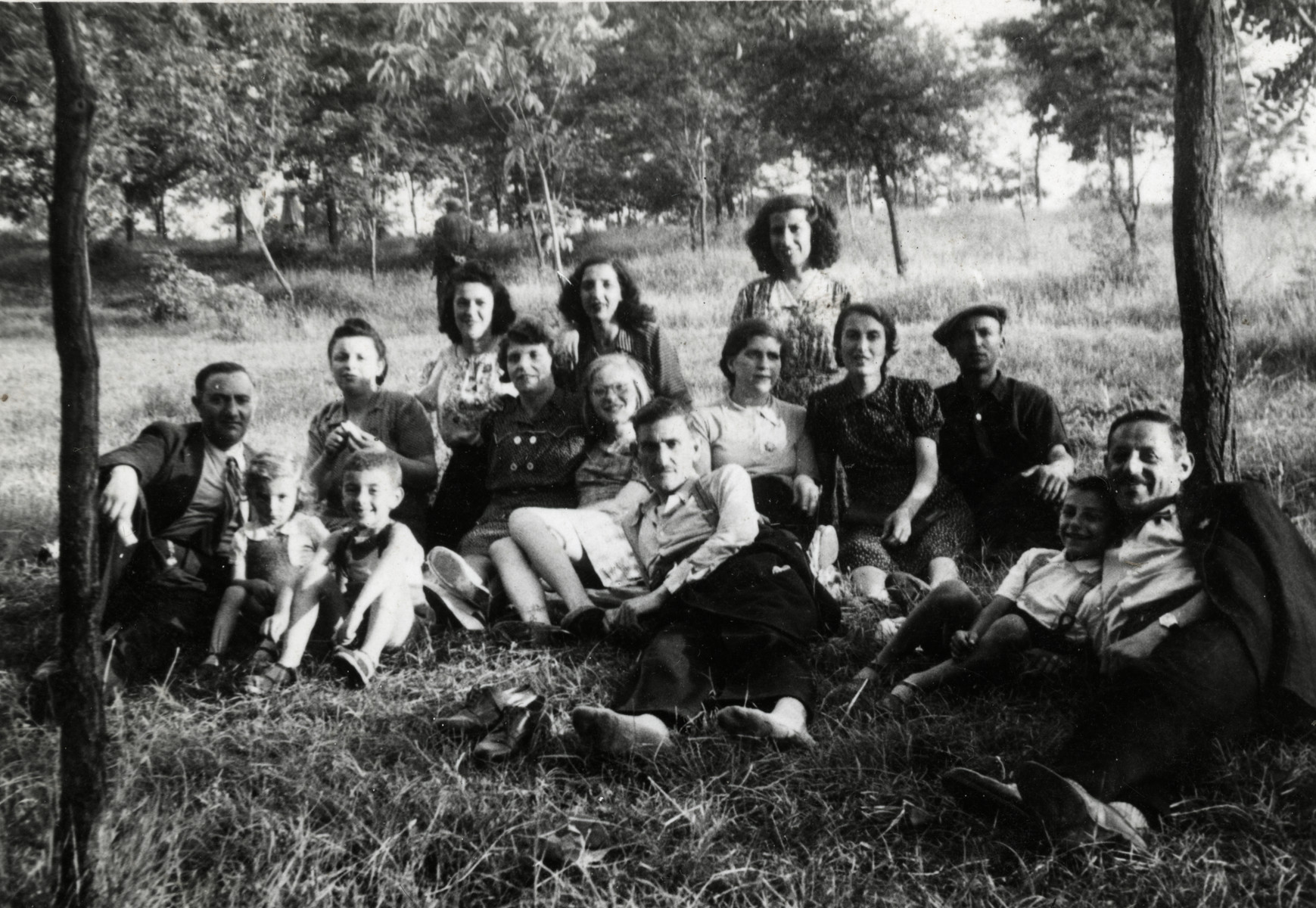 Several Jewish families who had lived together in temporary living quarters after their expulsion to Haskovo, relax on the grass.

Reine Behar and her parents are pictured in the center.