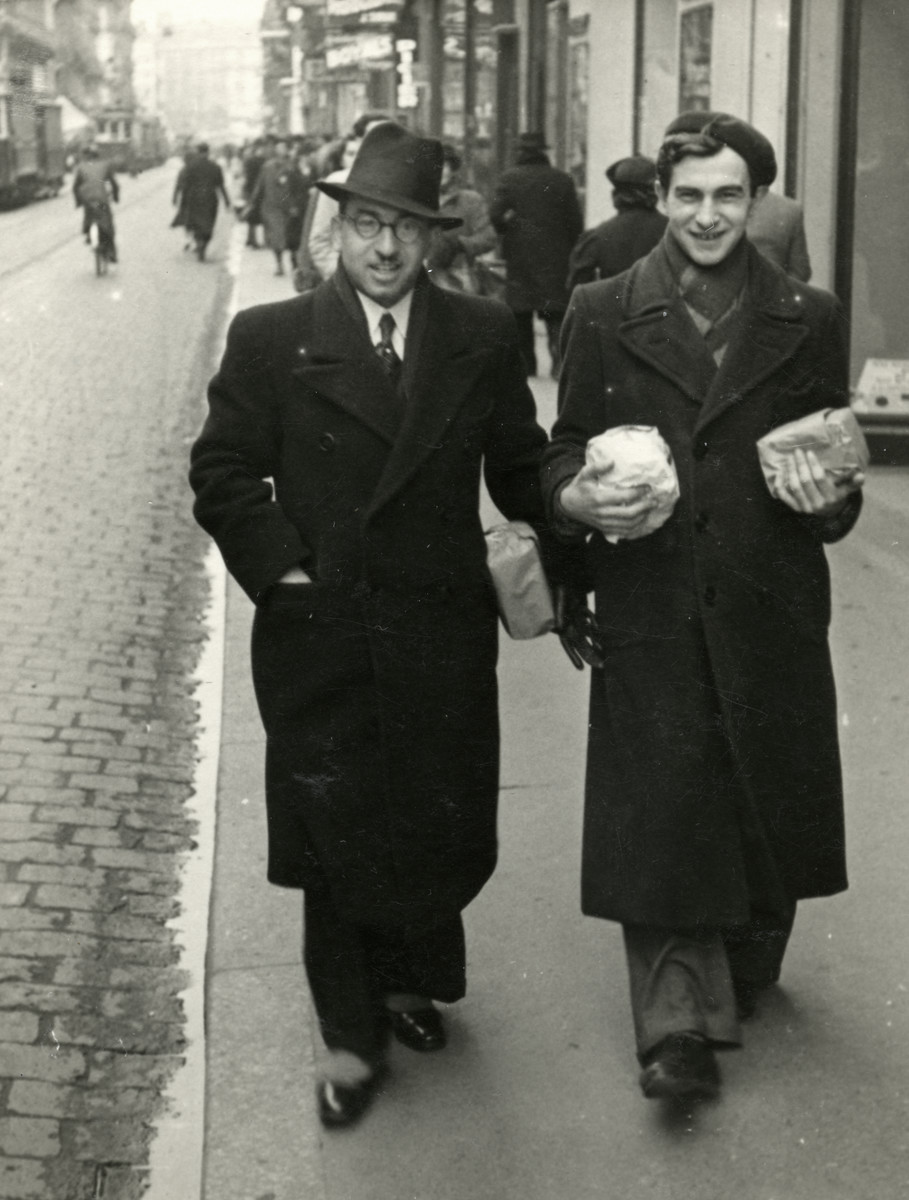 The inscription on the back of the photograph reads, "Toulouse Pourim 1941".

Paul Roitman (1920 - 2006) was born in Tarlow, Poland to parents Chil and Rosa Roitman. He had four younger siblings. Chil and Rosa immigrated to France in 1925 and settled in Metz. In 1935, Paul co-founded the group "Brith Hanoar" of Metz, and by the summer of 1937 he co-directed his first summer camp with Moché Scheinbach, leader of the Strasbourg group. In 1938 he began studying medicine in Nancy, but had to withdraw three years later, due to antisemitic legislation which prohibited Jews from continuing their university studies.
After the German invasion, Paul took refuge in Toulouse. There, he set up a study circle from which members of the Jewish resistance would be recruited. In December 1942, he was arrested and interned at Fort du Hâ, near Bordeaux. He was later transferred to the internment camp of Mérignac, and finally released after the intervention of his brother, Léon Roitman, one of the heroes of the Jewish Resistance.

In 1945, Paul married Léa Schleider, a young social worker who had worked alongside him in the Resistance. The couple settled in Paris and Paul entered the Jewish Seminary of France. By 1948, he left the official rabbinate and devoted himself to education and the revival of Jewish life in France and throughout Europe.