Malvine and Rachelle Reicher (aunts of the donor) pose on a street under an archway in wartime France in a village where they were sent by the local Red Cross.. 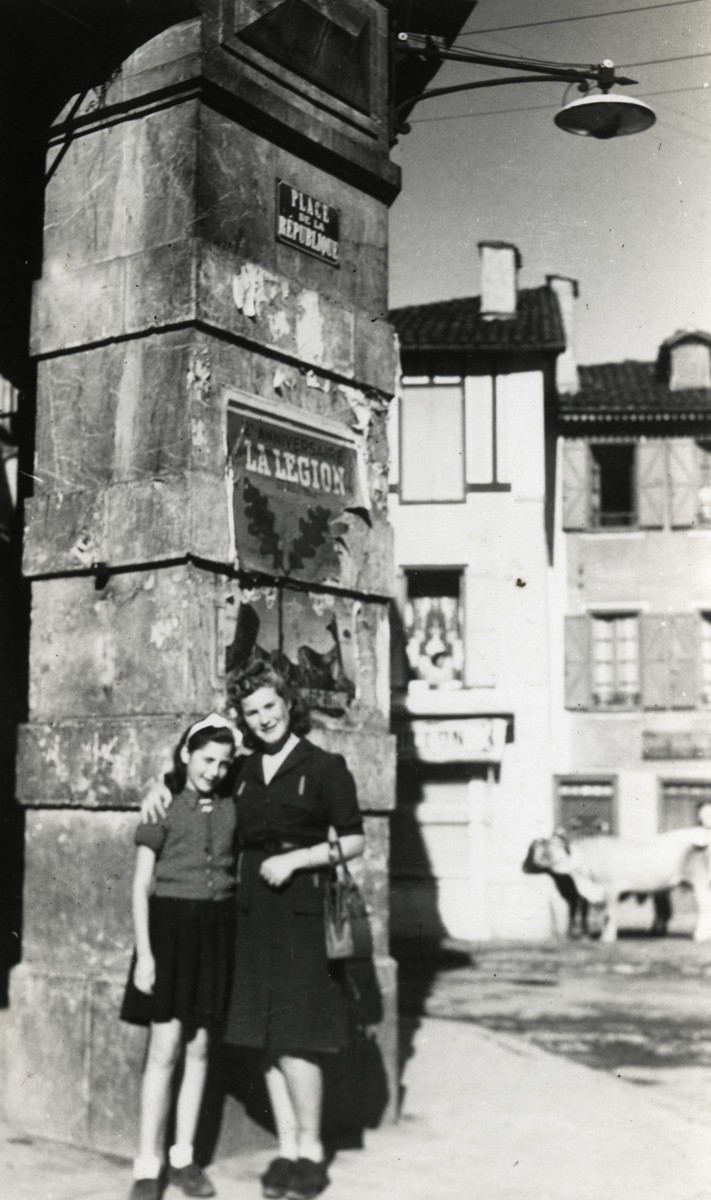 Malvine and Rachelle Reicher (aunts of the donor) pose on a street under an archway in wartime France in a village where they were sent by the local Red Cross..

Above them are a poster that reads "La Legion" and a "Place de la Republique" street sign.