Group portrait of children from the Chateau des Morelles next to a tent in the woods. 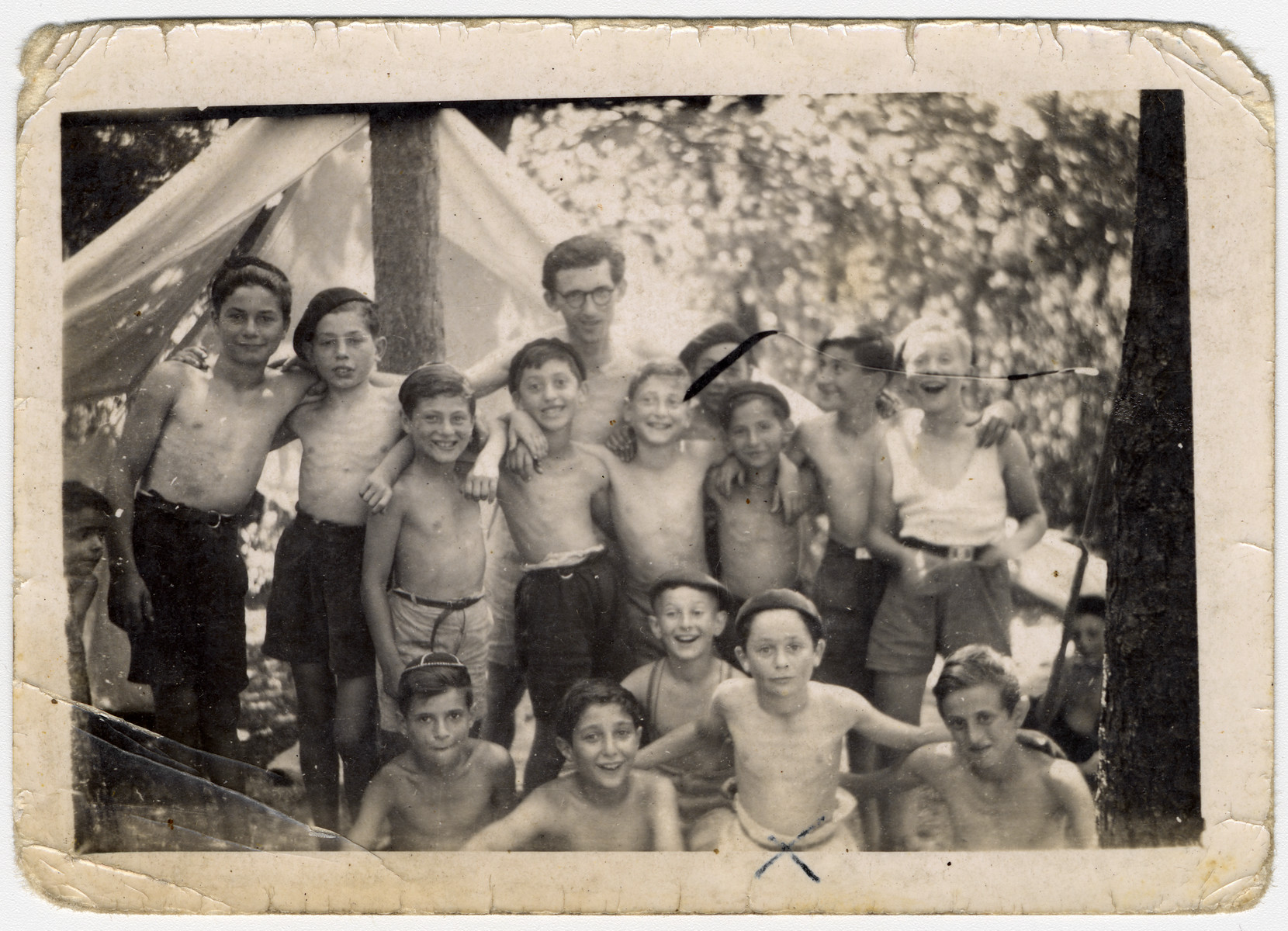 Group portrait of children from the Chateau des Morelles next to a tent in the woods.

Markus Horowitz is pictured in the front row, second from the right. Henri Dybris, a teacher, is standing in the back, center.