Family portrait taken on the occasion of the 70th birthday of Leo Stern. 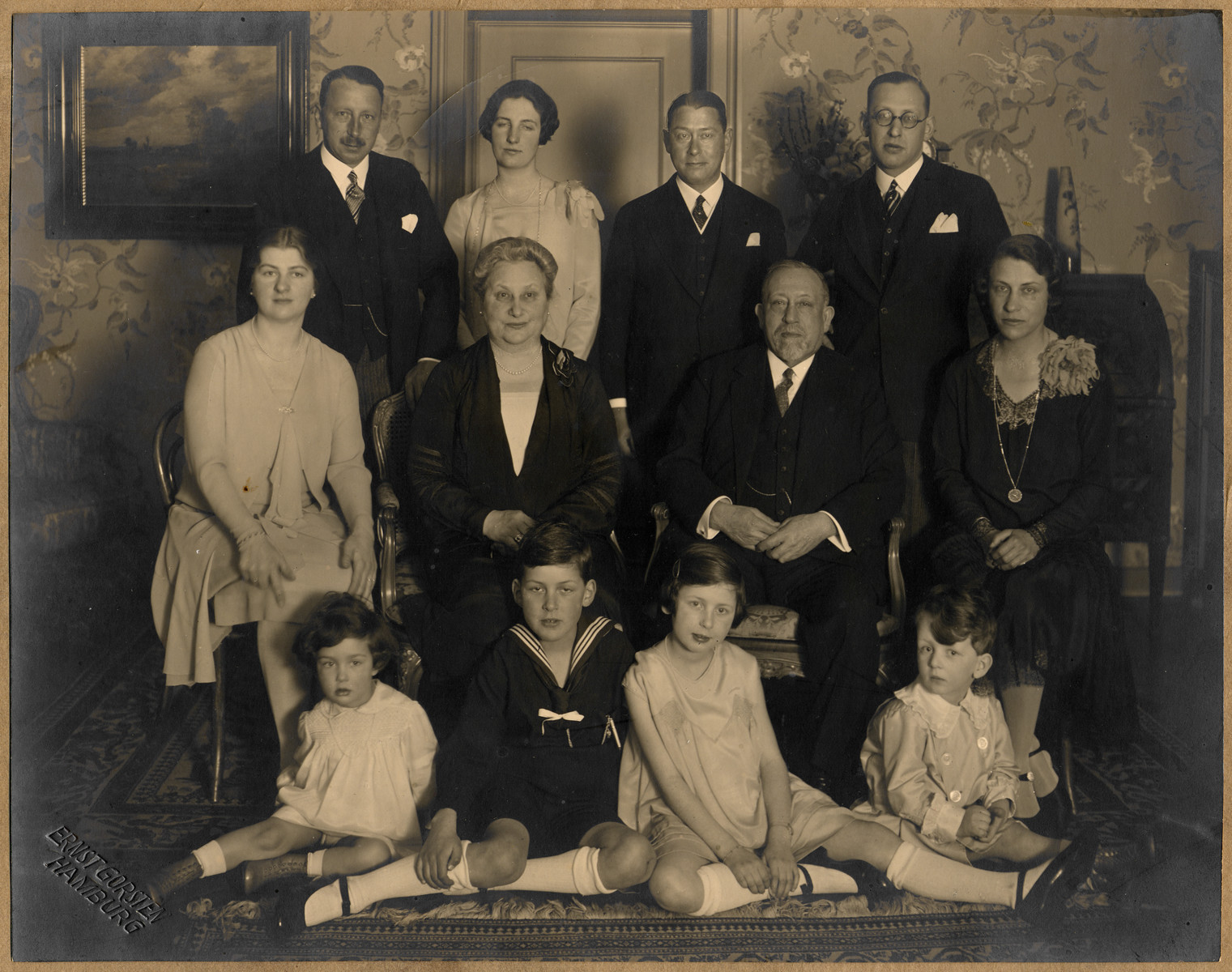 Family portrait taken on the occasion of the 70th birthday of Leo Stern.

Biography
Monica Luke is the daughter of Werner John Bing and Maya (nee Spiegelberg). Werner John was born on August 27, 1919 to Ernest Bing (b. Hamburg) and Erna (nee Stern) Bing (b. Cologne). He had one sister Annelise (later Ann Halstead) who was born on September 16, 1920. The family was distantly related to the Warburgs. Ernest Bing, together with his brother-in-law, Walter Stern, owned a property and casualty insurance business. In the early 1930s, Werner left Germany to attend a Quaker boarding school in Eerde, The Netherlands. The school provided a safe haven for many German Jews. Werner's grandparents, Leo and Bella Stern lived in Hamburg until 1937, when they moved to Locarno. Switzerland, where they had a suite in a hotel. From there they managed to move to New York during the war.

In 1938 Werner traveled through Germany to attend the 80th birthday of his grandfather Leo Stern in Switzerland. This was the last time he passed through Germany until he returned six years later as an American serviceman. A few months later he and his sister Annelise moved to England. Werner worked in the London office of his father's business, and Annelise attended finishing and secretarial school. In June of that same year, Ernst Bing and Walter Stern were forced to sell their business to a non-Jew. The buyer, Hans Hasselman, made a gentleman's agreement to pay them in full after the war. He kept his promise and provided restitution once the war ended.

After selling his business, Walter, Ilse, and their son Hans Juergen immigrated to England, where Hans Juergen became a naturalised Briton. He changed his first name to John and added the ‘a’ to "Stern"in order to Anglicise it to "Stearn." During the war he worked both as a dispatch rider and also used his fluent German language skills in the interrogative field. He was released from service after the war with the highest commendation an NCO can receive and became the Overseas Managing Director of the office copier firm Ozalid, now known as Oce. He died from a heart attack aged 51 in December 1975.

Maja was born on July 4, 1924 in Hamburg to Ernst and Marie-Louise Spiegelberg. She had two sisters: Irene (b. April 22, 1922) and Yvonne (b. Feb 26, 1928). Her father worked for the Warburg bank. Maja was born in Hamburg but moved with her family to Berlin when she was 8 years old. The Spiegelbergs were casual acquaintances of the Bing family in Hamburg. They later moved to The Netherlands after Ernst was sent to manage a Dutch branch of the Warburg bank. Following the German invasion of The Netherlands in May 1940 the family fled in Mar 1941 via Belgium, France and Spain to Lisbon where they boarded a ship to the United States. Through the use of bank assets, all the Jewish employees of the Warburg bank in Holland managed to safely escape to freedom.