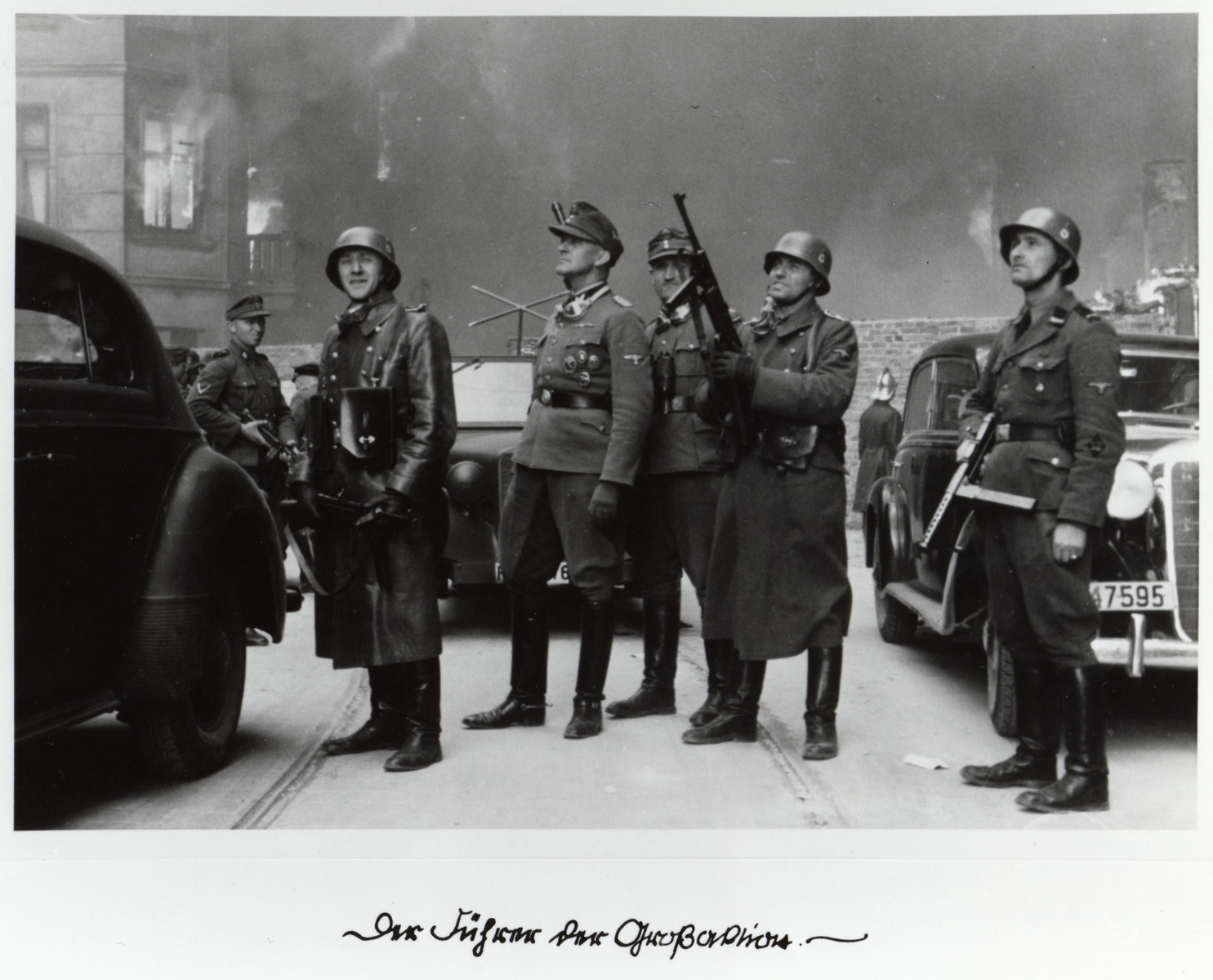 The original German caption reads: "The leader of the grand operation."

https://encyclopedia.ushmm.org/content/en/article/warsaw-ghetto-uprising.
Biography
Juergen (Josef) Stroop was born September 26, 1895 in Detmold, Germany and executed by hanging in Warsaw on March 6th, 1952. He quickly scaled the SS ranks to become an SS-Brigadefuehrer and police Colonel by the start of World War II. In the first years of the war, his 'pacification' successes and 'struggle against banditry' in the occupied territories of Greece, Poland, Czechoslovakia, and Russia earned him a favorable reputation among Reich military leaders. When the first clashes of the Warsaw ghetto uprising reverberated through the city his reputation for exacting brutality had preceded him, and (now SS-Gruppenfuehrer) Stroop was called from his activities in Lvov to suppress the rebellion and liquidate the fifty-six thousand remaining Jews. After twenty days of bloodshed, three hundred SS and Wehrmacht soldiers had died and another thousand had been injured. Only twenty-five thousand Jews remained alive, the ghetto was in ruins, and the uprising had been crushed. The surviving Jews were sent to their deaths at Treblinka, Majdanek, Poniatowa, and Trawnika; Stroop received an Iron Cross (First Class) in recognition of his service, and was promoted to a Higher SS and Police Leader and transferred to Greece. He compiled an account of the operation in what would become known as the Stroop Report (Stroop Bericht).