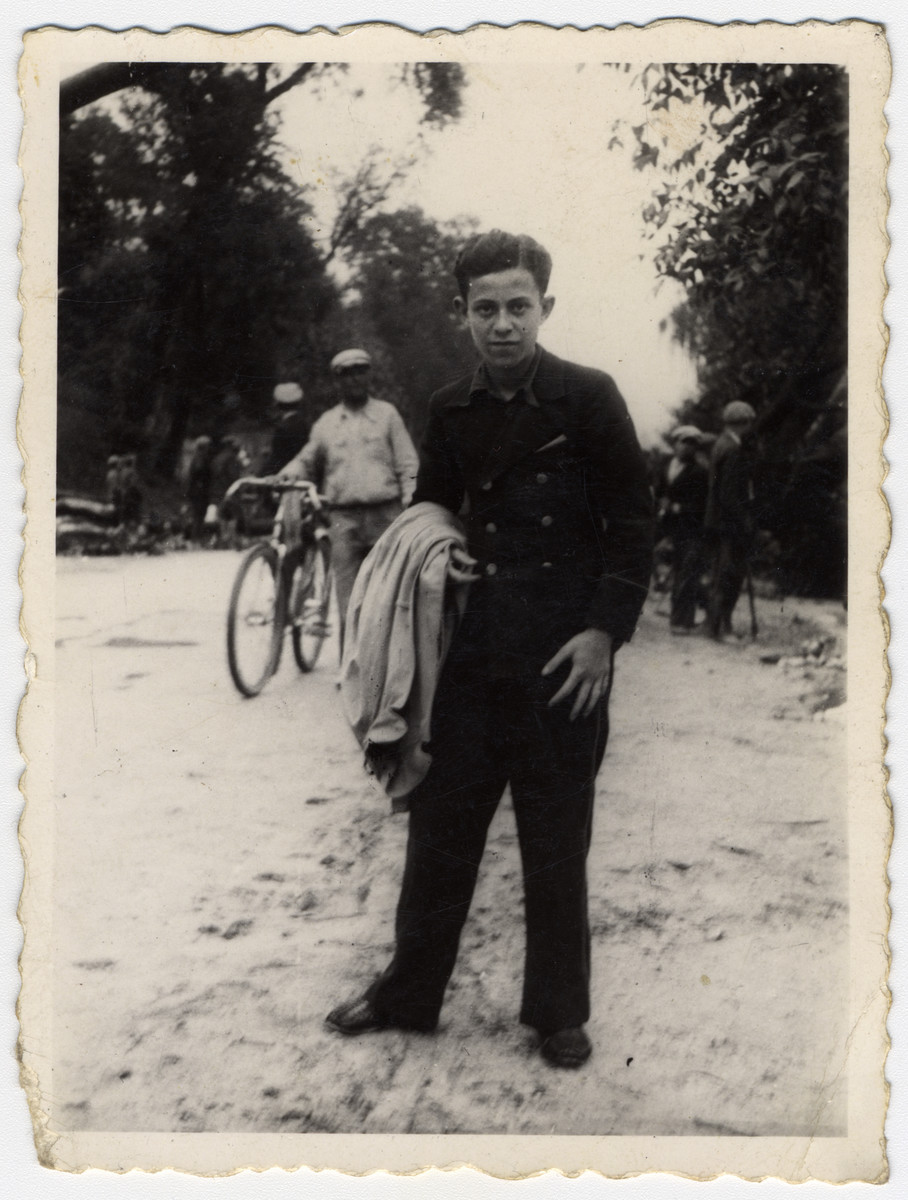 Biography
Moniek Spiro was born in Kielce, Poland. Some time after 1941, he was forced to move into the Kielce ghetto. After the liquidation of the ghetto in 1943, he was sent to forced labor in the Huta Ludwikow, Polish factory confiscated by the Nazis and turned into a repair workshop for the Wehrmacht. He was later sent to Auschwitz, Buna, Dora Mittelbau, Nordhausen, and Bergen Belsen. He survived the war, and immigrated to the United States.