Group portrait of students in the Yeshiva Chochmei Tzorfat (scholars of France) in Aix-les-Bains. 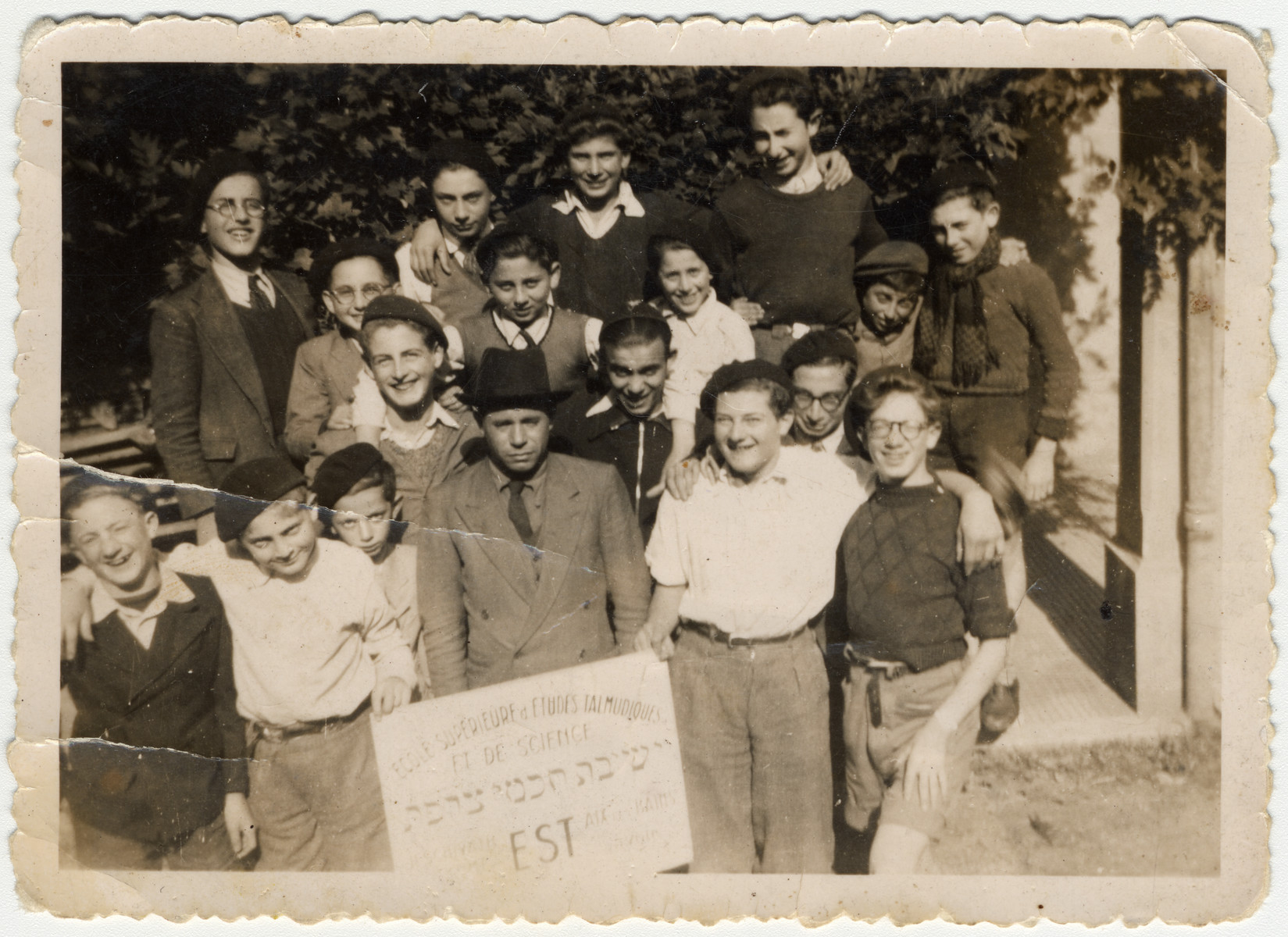 Group portrait of students in the Yeshiva Chochmei Tzorfat (scholars of France) in Aix-les-Bains.

Rabbi Chaikin is pictured in the center. To his immediate right is Jacques (Jacko) Klein.