Leo Vos and Froukje Moses stand on a balcony. 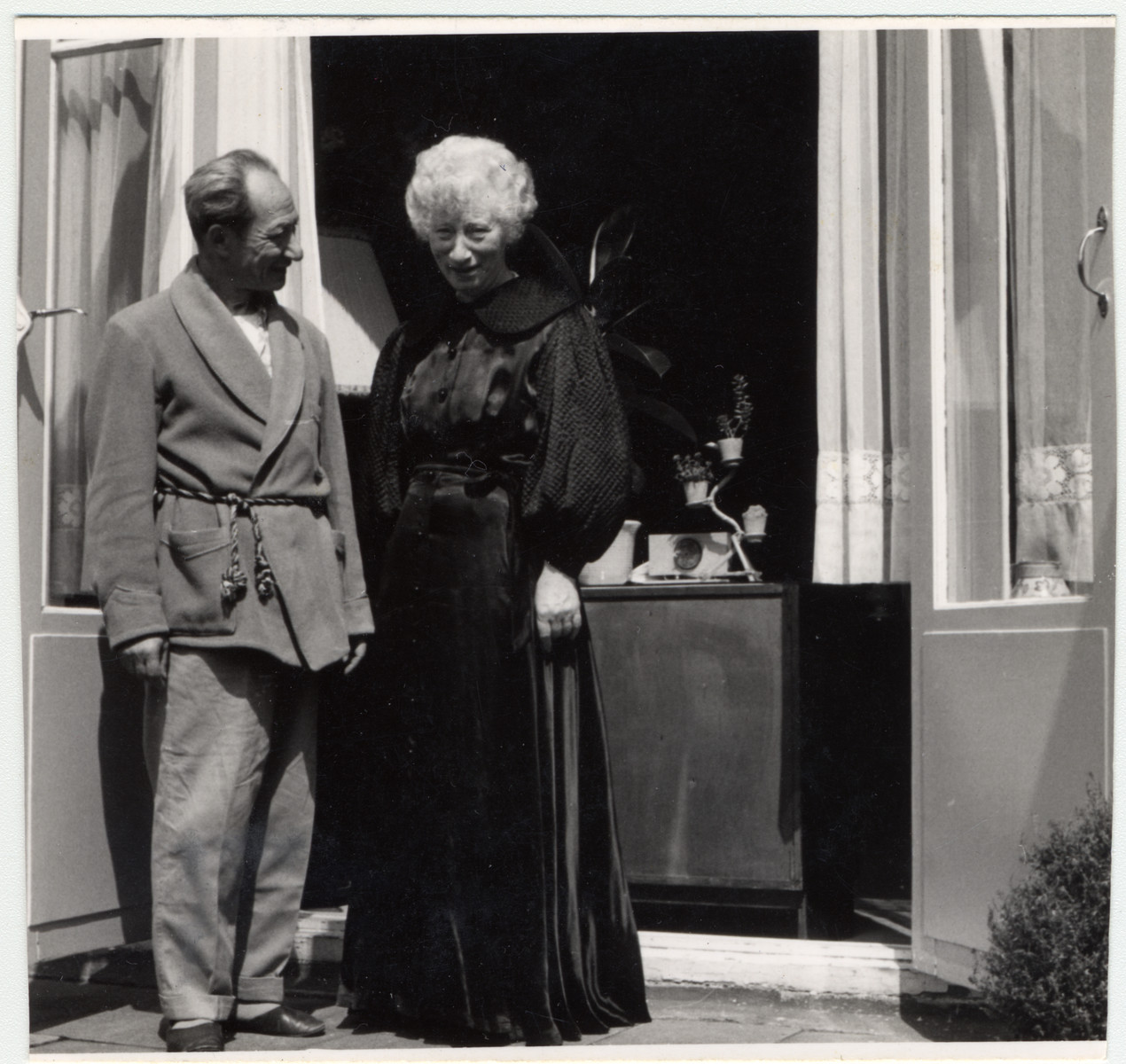 Leo Vos and Froukje Moses stand on a balcony.

Biography
Louis Moses was born on February 9, 1930 in Rijswijk, the Netherlands to Froukje (nee Hoogstraal, later Vos) and Siemon Moses. Louis had one sister, Engeline. After the Germans invaded the Netherlands in 1940, Louis’s parents sent him into hiding with a Christian family in The Hague. After the neighborhood was deemed unsafe, he was moved to a new family where he was reunited with his mother. They remained there for around a year, and then were moved to a new house in Rijswijk with a family who had built an underground shelter. Louis’s father was also able to join them. In October 1943, Siemon was beaten and arrested by the police, and then turned over to the Germans. He was sent to a Dutch concentration camp where he perished. Louis and his mother moved from this location, and continued to hide in several more houses. Their last hiding place was with a Dutch painter. After liberation, Louis and his mother moved back to Rijswijk where they were reunited with his sister. He married Elly van Leeuwen in 1949, and they moved to Israel. They had two children there, Judith and Jim. The family immigrated to the United States in 1957, where Louis worked in the hospitality industry.