Studio portrait of Samuel (Shimku) Klein with his first wife, Ruki, and their son, Hershel. 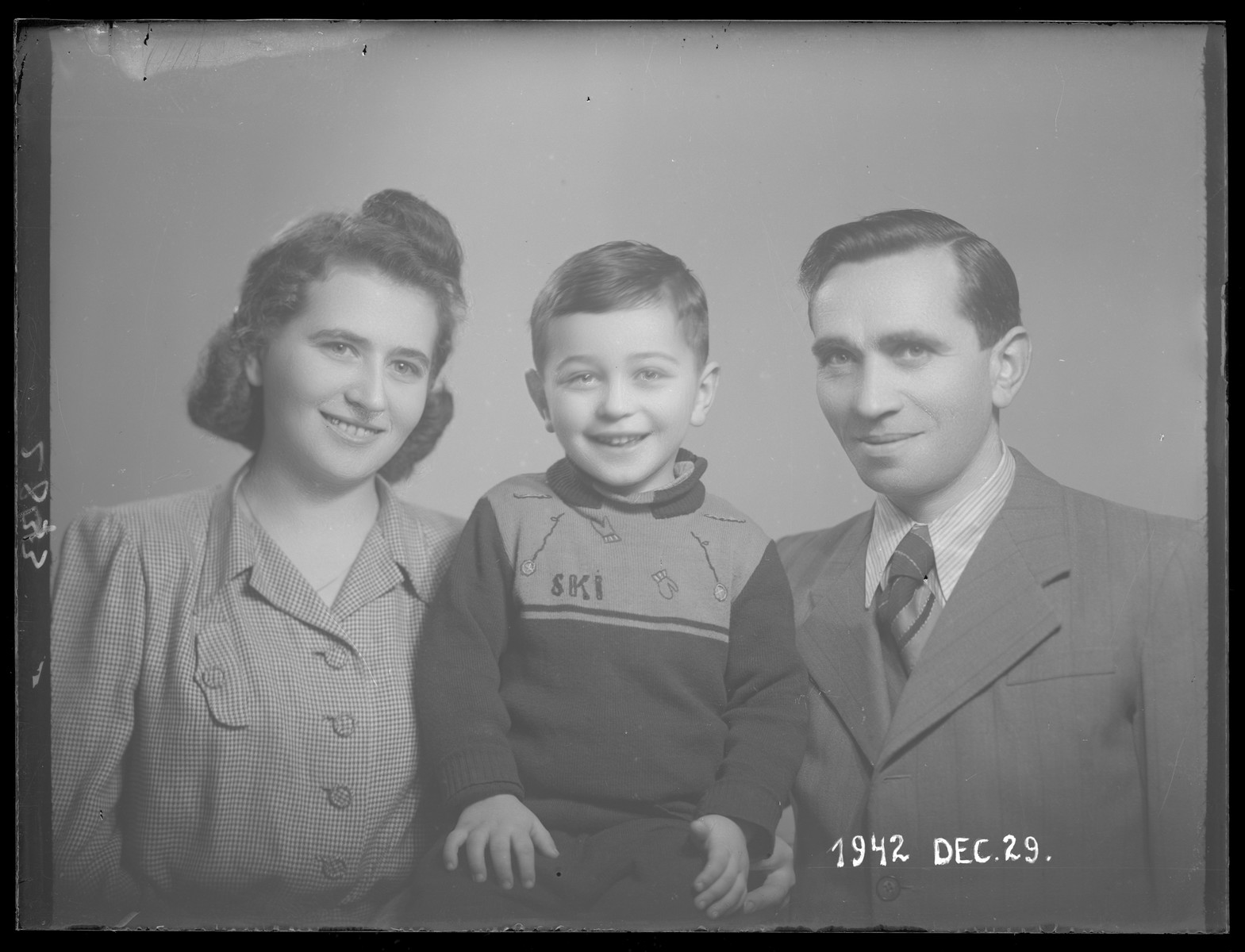 Studio portrait of Samuel (Shimku) Klein with his first wife, Ruki, and their son, Hershel.

These portraits document the range of Jews who lived in the town prior to deportation. Included in the collection are many wedding and prewar family portraits. However others were probably taken for identification papers; the subjects in these photos are often not smiling and the backdrop is bare. The photographer associated the negatives with the names so that he could sell extra duplicates later, a common practice with his business. Mr. Liviu Vanau purchased the collection of glass negatives, and the Museum paid to have the original negatives digitized.
https://encyclopedia.ushmm.org/content/en/article/romania.
Biography
Samuel (Shimku) Klein was born in Nagybanya, Romania. He married Ruki (maiden name unknown) and they had a son, Hershel. During the war, Shimku worked as a driver and mechanic in a forced labor camp. In 1944 Ruki and Hershel were deported, and killed in Auschwitz. After liberation, Shimku met Klara Berger, from Maramoros Sighet, and they were married in in 1946. Shortly thereafter, they went to the Schwabish Hall displaced persons camp in Germany, where Shimku took a sewing machine repair class offered by ORT. They immigrated to Canada in 1948, after Shimku's sister, who had immigrated to America in the 1920s, was able to find a Canadian farmer to sponsor them.