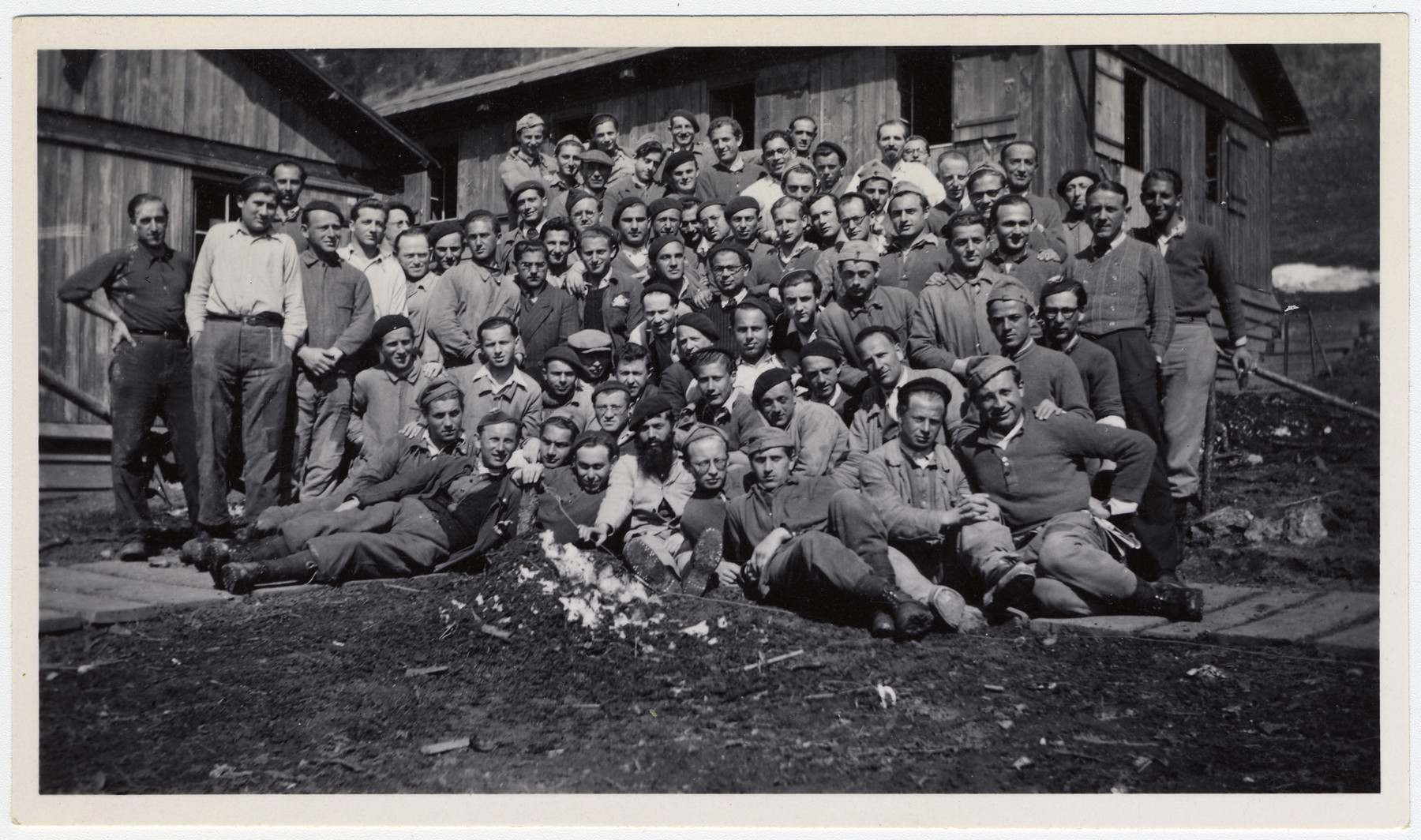 Max Schattner is pictured in the front row, second from the right with his hands clasped around his knees.