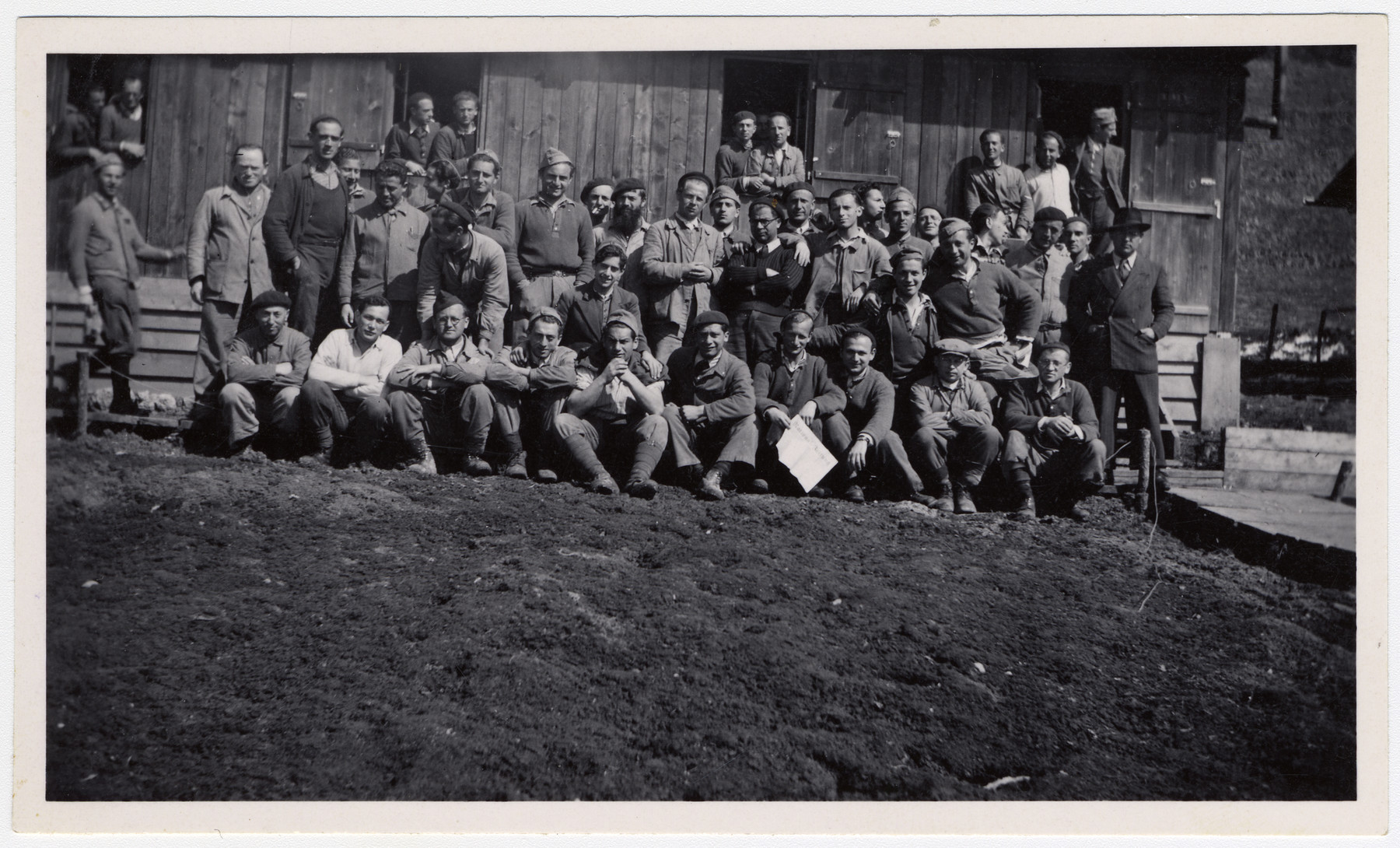 Max Schattner is standing in the middle with a black cap and light jacket, clasping his hands in front of his chest.

Biography
Max Shattner (previously Meschulim Schattner) was born in Zablotow, Poland in 1906 to Chaim and Esther Schattner. His father was a Chassid and also a businessman. Max had five siblings: Jacob, Bernard, Nathan, Yitzchak, and Jente. Max and his family moved to Vienna in approximately 1914 and then relocated to Berlin in approximately 1927. Reb Chaim had a synagogue in his house and was involved in Jewish charitable work, in addition to commerce. Max and his brothers supported themselves by managing rental properties. In October 1938 Nathan, and his wife and two children, left Bobowa, Poland where they were living, for New York. At about the same time Max and brothers Bernard and Jacob fled Germany. During the next four years they found safety in Belgium and France and then on October 4, 1942 they gained admittance into Switzerland.