Group portrait of Jewish internees posing in the snow in an unidentified Swiss labor camp. 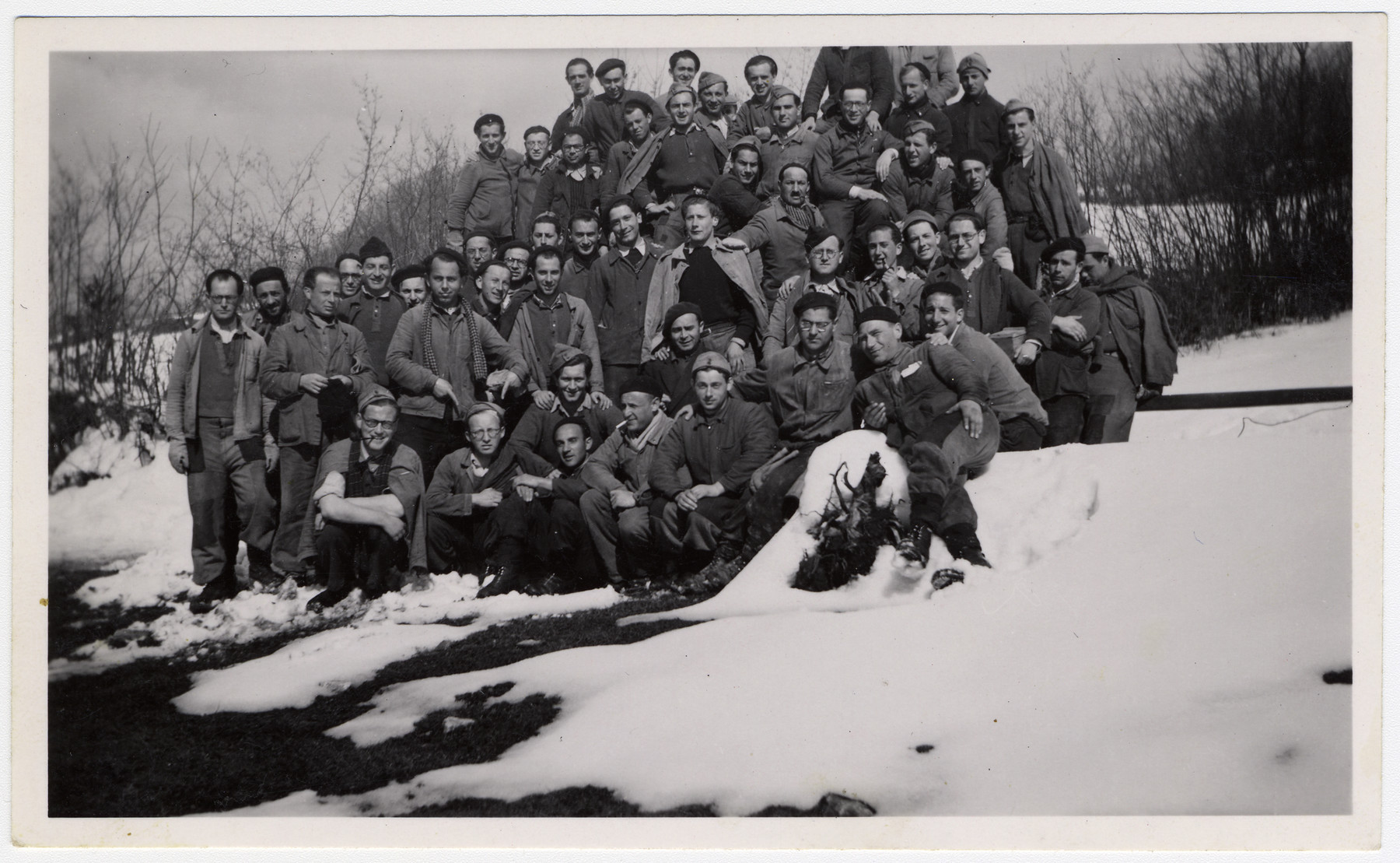 Group portrait of Jewish internees posing in the snow in an unidentified Swiss labor camp.

Max Schattner is pictured in the first standing row, second from the left.