Richard Stock poses with two dogs, Bobby and Jimmy, outside a building in Shanghai. 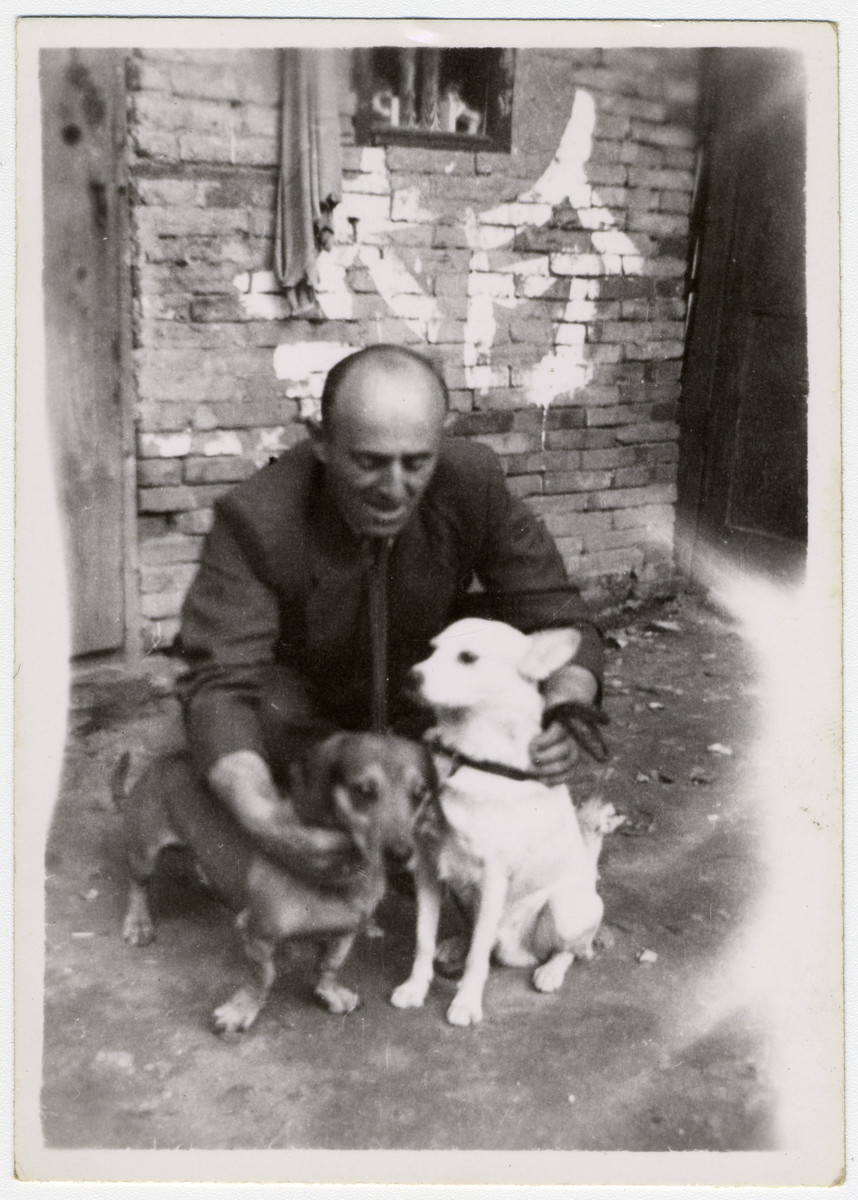 Richard Stock poses with two dogs, Bobby and Jimmy, outside a building in Shanghai.

Biography
Helen T. Blackman (born Tana Helga Schneider) is the daughter of Werner B Schneider (b. June 2, 1919) and Klara (nee Davidson) Schneider (b. November 3, 1920). Werner and Klara were both born in Berlin, Germany. In April 1939 they fled Germany for Shanghai together with Klara's mother. Her father and Werner's mother had both committed suicide in response to German persecution. Helga was born in Shanghai on November 24, 1939. Werner and Klara later divorced, and Klara remarried Richard Stock from Cologne. Werner Schneider immigrated to the United States in either September or October, 1947, and Helga, Klara and Richard immigrated in November 1947 aboard a U.S. transport ship.