Group portrait of Jewish youth [probably either a school group or Betar] stand outside a building wearing Jewish stars. 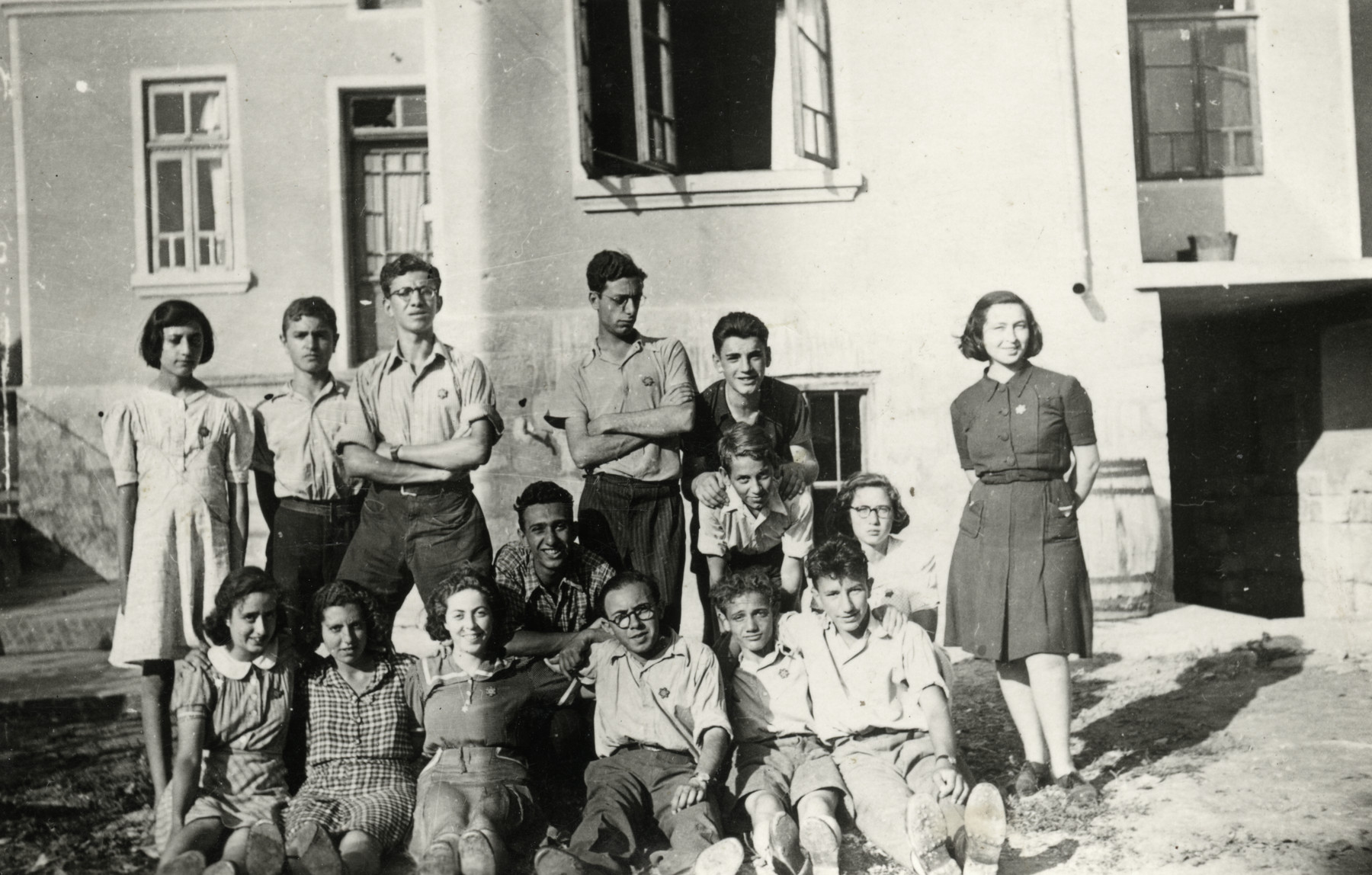 Group portrait of Jewish youth [probably either a school group or Betar] stand outside a building wearing Jewish stars.

Among those pictured are Katia and Maria Gurewitz (right side) and Moshe Ben Aroya.

Biography
Marcel Confino is the only child of Itzhack (b. 1890 in Constantinople, Turkey) and Esther (b. 1897 in Romania) Confino. Marcel was born on December 12, 1926 in Sofia, Bulgaria. The family was completely assimilated but Zionist. Itzhack died 1942 from heart disease. Marcel and his mother remained in Sofia for the following year but in May 1943 the Bulgarian government announced the expulsion of all Jews from Sofia to the provinces. Marcel and his mother first went to Stara Zagora and remained there for one month. Then the mayor of the town evicted them once again, and they were sent to Razgrad where they lived for a year in rented rooms. Those who could not afford to pay lived in the Jewish Consistoire. Eventually Marcel and Esther ran out of money. They had left some funds with a Christian friend Pavel Ivanov, and he travelled by three trains to bring them their money. If he had been caught, he could have been arrested. This rescued the family. (Pavel Ivanov later committed suicide after the Soviets confiscated his business.) After the war Marcel remained for a couple of years in Bulgaria before making plans to emigrate. In 1947 Marcel took a train to Yugoslavia where boarded a small boat for Palestine. The ship was caught by the British and Marcel was sent to Cyprus for one year before being allowed to enter the new state of Israel. He later married a survivor from Yugoslavia and has three children.