Orignial Caption: "Dr. Alphonse Kujawski of Possnau, Poland, applies a sterile dressing to a finger wound suffered by 21-year-old Stephania Kawozynska, who deported in 1940 with her family from Poland to slavery in Germany. 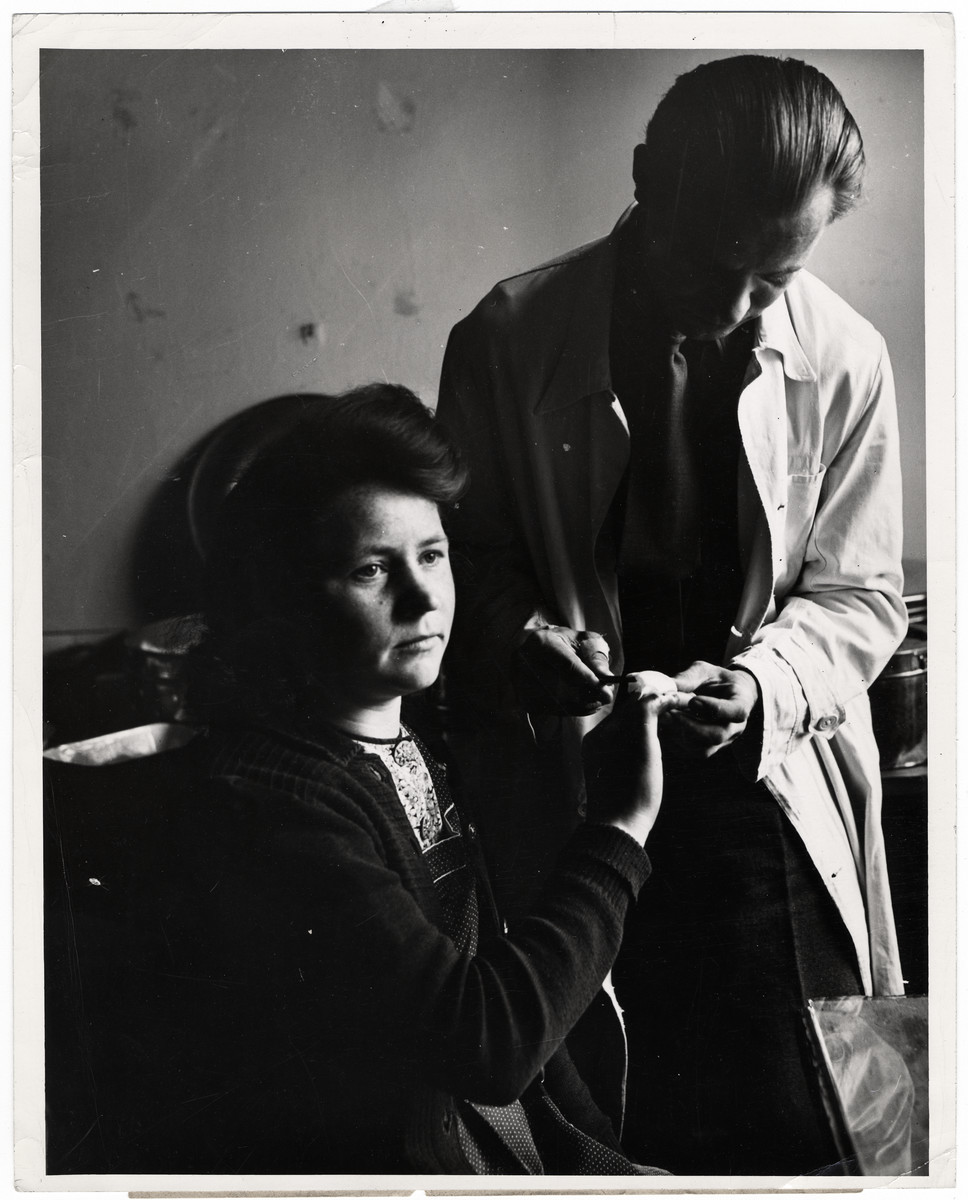 Orignial Caption: "Dr. Alphonse Kujawski of Possnau, Poland, applies a sterile dressing to a finger wound suffered by 21-year-old Stephania Kawozynska, who deported in 1940 with her family from Poland to slavery in Germany.

When liberated, she was found with the badly infected finger, but amputation was avoided by careful treatment by the Allied doctors at the displaced persons center at Gnisnau Kasserne, a former German army post. All persons admitted into these camps are given thorough physical examinations and many are found to be suffering from a variety of ailments, including skin diseases. Liberated by the Allied armies in Germany, more that four million men, women and children, former slaves of the Nazi war machine, are free to return to their native lands as soon as repatriation machinery makes it possible. Meanwhile, these displaced persons are being gathered from the fields, factories and roadsides of Germany by military government authorities and placed in camps where they are registered, fed, and clothed, sheltered and given medical attention.

Persons of almost a dozen nationalities, living in separate camps wherever possible, are guided along democratic lines in the operation of their communities. U.S. Army officials set up the displaced persons centers, guard the exterior of the camps and turnover the guidance problems to international teams representing the Unted Nations Relief and Rehabilitaion Administration. Once all the displaced persons are repatriated, UNRRA's job in Germany is finished, as it has nothing to do with Germans or Military activities.

The Governments of Belgium, Holland, France and Luxembourg have already brought thousands of their nationals home. By May 17, 1945, nearly 800,000 liberated prisoners-of-war and political deportees were evacuated from German camps. The group included 603,940 French, 130,140 British and 62,989 Americans. All the Americans, 100,000 Frenchmen and 119,000 Britans were evactuated by air."