Sgt. Everett Steiger from Salem, Oregon and T/4 Joseph W. Eaton relax on the bed that had belonged to Joseph Goebbels at Schloss Rheydt. 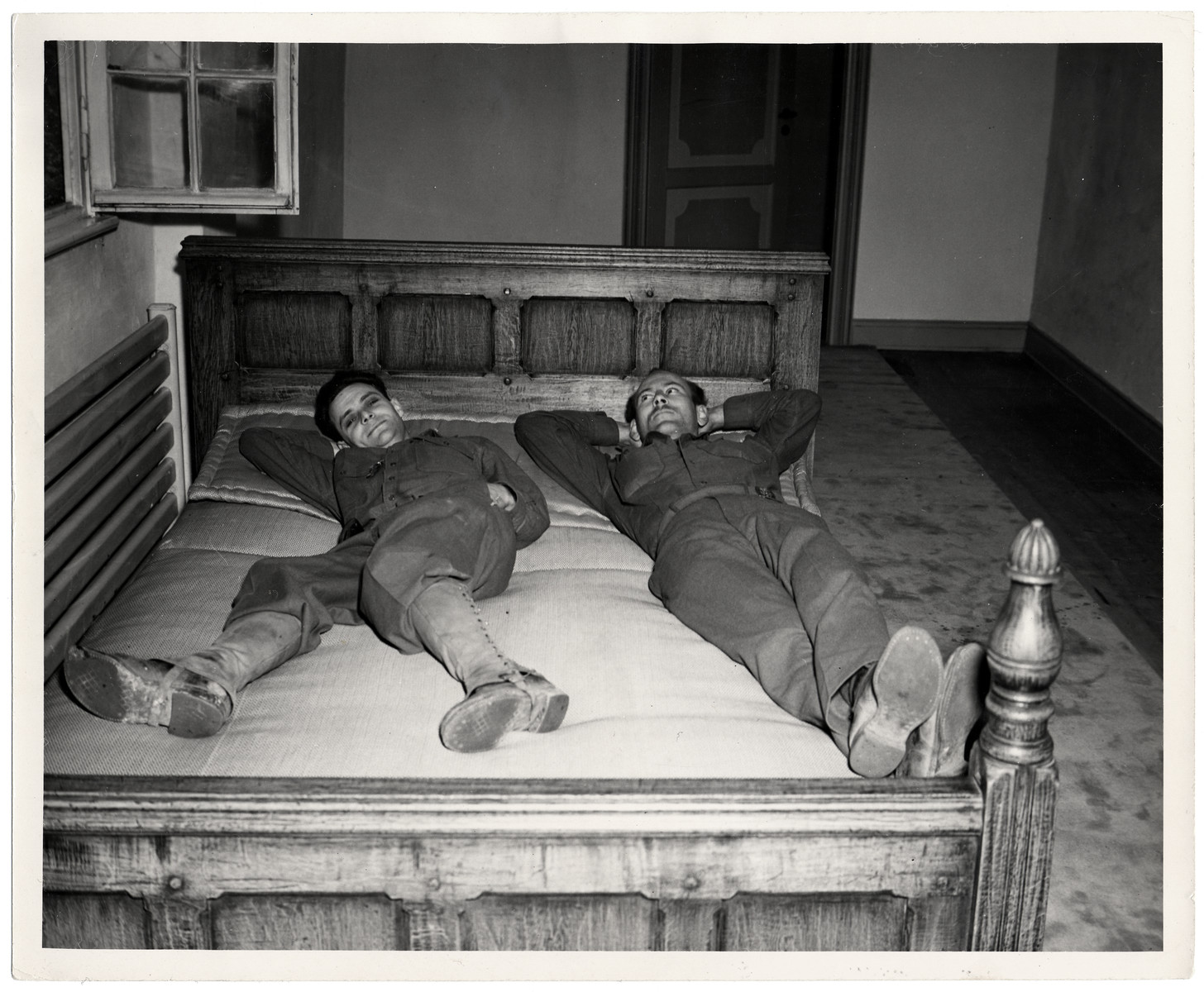 Sgt. Everett Steiger from Salem, Oregon and T/4 Joseph W. Eaton relax on the bed that had belonged to Joseph Goebbels at Schloss Rheydt.

It was moved into the hallway by the GI's who are now billeted in the castle and need his room.