The Newmann family celebrates the engagement of Astrid Newmann to Elias Feigen. 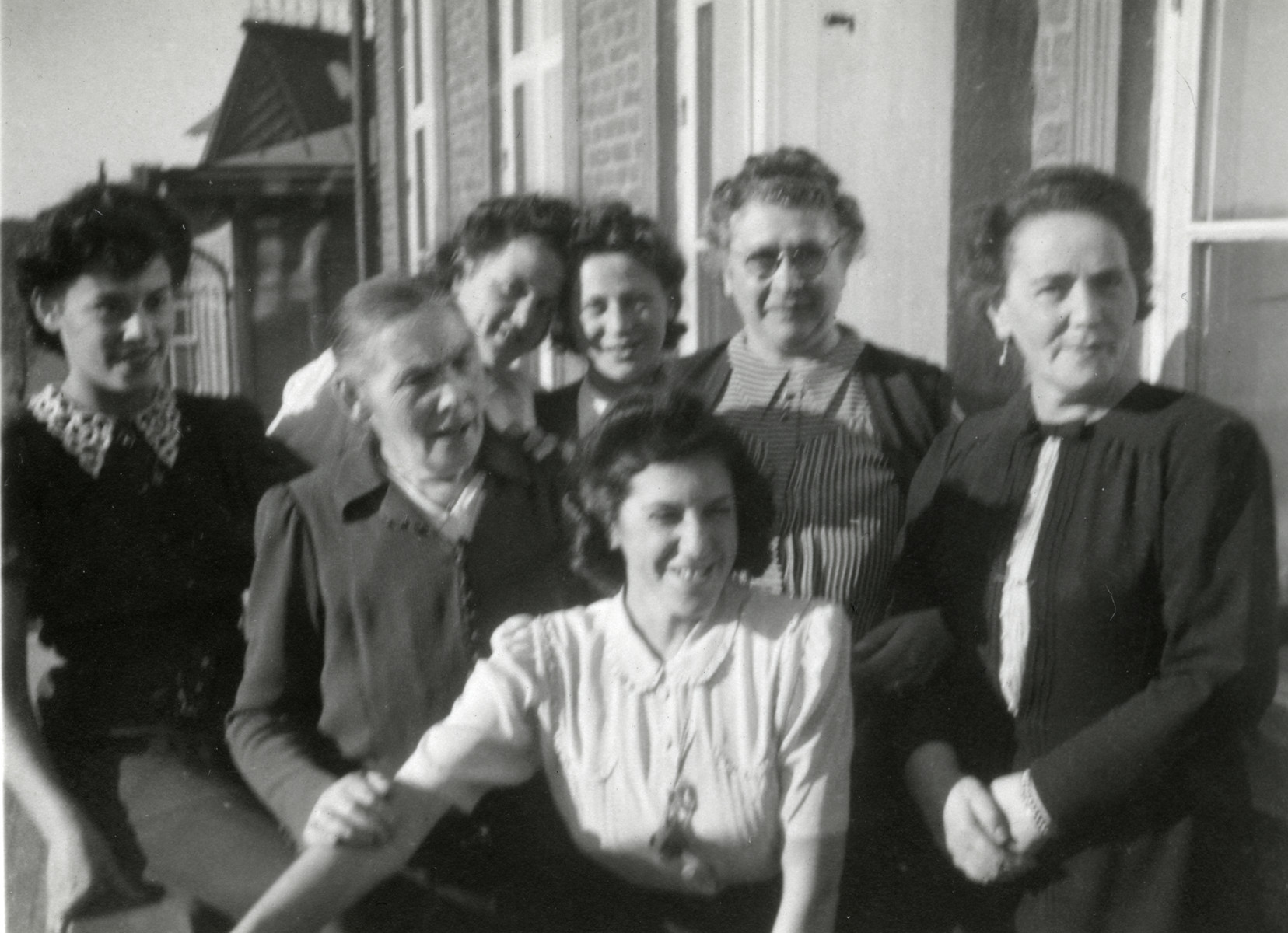 The Newmann family celebrates the engagement of Astrid Newmann to Elias Feigen.

Astrid Newman is in the center. Also pictured are her sister Rachel, Rachel Feigen and Berta Newman. The older woman to Astrid's left is a Norwegian Jewish refugee, Mere Abramson.