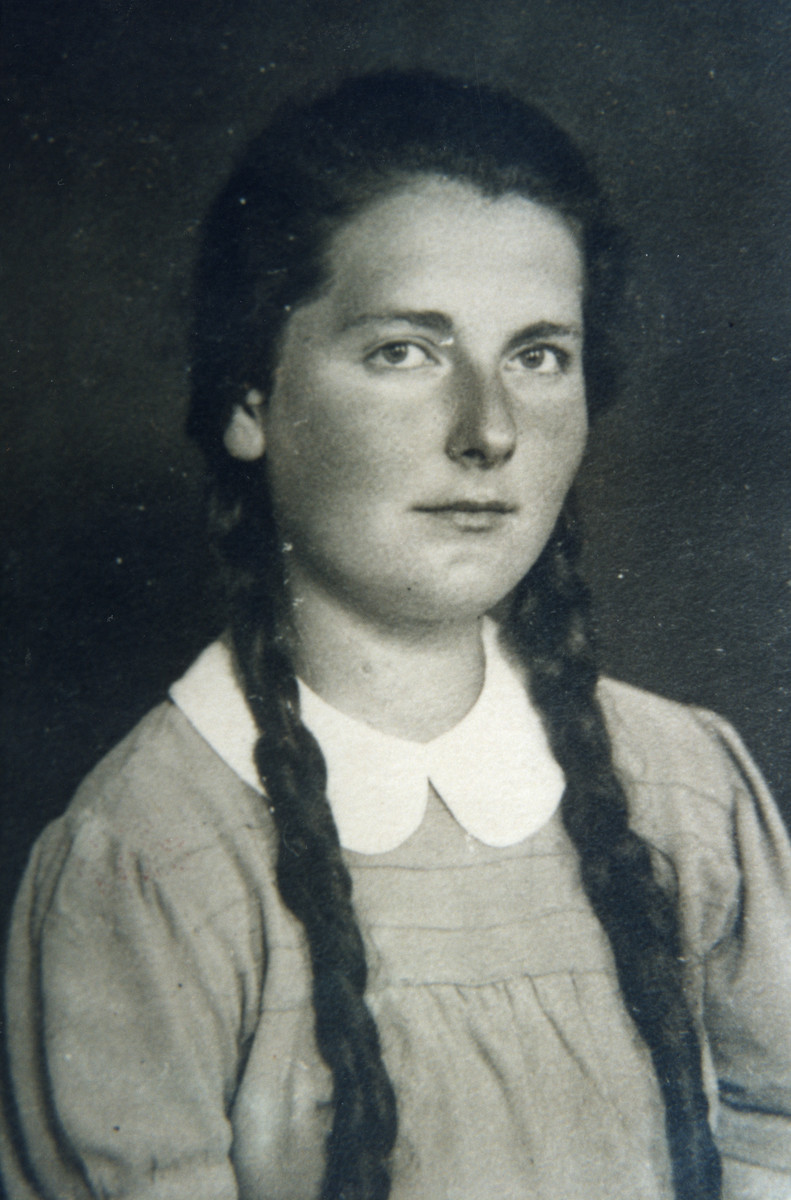 Biography
Bronka Klibanski was born in Grodno in 1923. German forces entered Grodno on June 22, 1941, and in the beginning of November she and her family were sent to live in a ghetto. Before the war, Bronka had belonged to Dror, the Socialist-Zionist youth movement. Mordechai Tenebaum, a leader of the Dror movement in Bialystok, had traveled to Lithuania in January 1942 and learned of the murder of more than 50,000 Jews in the Ponary forest over a period of six months. He concluded that the end goal of the Germans was to exterminate the Jews. In February 1942, Bronka answered a call to come to a meeting of Dror in Bialystok. She snuck out of the Grodno ghetto and boarded a train without any documents, arriving safely. The Dror youth movement organized communication between the ghettos of Grodno, Bialystok, Dabrowa, Suchowola, Knyszyn, and Jasinowka and planned a seminar for members from all the ghettos in Bialystok during Passover despite the dangers of traveling. After the seminar ended, Bronka was asked to remain in the Bialystok ghetto to work for the movement. She became cut off from her family, who were subsequently deported from the Grodno II ghetto. Bronka first worked inside the Bialystok ghetto in preparation for its armed uprising when the Germans would start liquidation. In November 1942 Bronka was asked to move to the Aryan side of the city to serve as a liaison officer. Using a forged birth certificate, she applied for a German ID card, along with the other Polish inhabitants of the city. The procedure itself was dangerous, involving, as it did, several trips back and forth from the ghetto, standing in line at the police station, and having her picture and fingerprints taken. Each time she crossed over to Aryan side, she took off her yellow star, but she was not caught. Bronka's composure and cultured demeanor, perfect Polish, and her non-Jewish appearance helped her evade arrest or detection. On the Aryan side, Tema Schneiderman, another Dror liaison officer, helped Bronka find a job as a housemaid for the German railroad operators. Knowing them helped Bronka ride trains in pursuit of arms to buy and deliver. While living on the Aryan side, Bronka also became an address for Jewish girls from the Grodno ghetto fleeing the German massacre there. At the start of the Bialystok ghetto uprising, August 16, 1943, Bronka met with Chaika Grossman and the forest liaison, Marylka Rosycka, to establish contact with the partisans in the forest. Unable to get inside the ghetto walls, Bronka wandered around and around looking for fugitives whom she might help. Her goal was to save as many people as possible from the deportations trains. She also helped the partisans who sheltered fugitives. The Bialystok Uprising lasted more than three weeks. Mordechai Tenebaum was killed or committed suicide, as did the great majority of the fighters. Bronka managed to save one of the fighters and procure a weapon for him. At another time, she met a man who had escaped from Treblinka and was hiding in a church. She brought him to the partisans, but he was later killed in battle. The partisan group grew from 50 to 100, but the new arrivals, fugitives from the ghetto or the camps were in psychological and physical crisis, without weapons, and many had lost the will to live. Bronka and her friends brought food, weapons, and medication to the forest, but the need far outstripped the supply they were able to get. The partisan group Bronka worked with what was called Forojs (Forward). In the spring of 1944, when the first squad of Soviet paratroopers reached the forest surrounding Bialystok, the groups in the area began to unite and. The resistance workers became liaisons at the Soviet headquarters of the large partisan formation. The unit was well organized and worked in coordination with the Red Army until its liberation on July 24, 1944.

[Sources: Bronka Klibanski, "In the Ghetto and in the Resistance: a Personal Narrative". Dalia Ofer and Lenore J. Weitzman ed. "Women in the Holocaust", New Haven and London: Yale University Press, 1998.]