Mendel and Frieda Feldman with their children Fred and Irving, board the steamship SS General Sturgis in Bremerhaven, Germany, on their way to the United States. 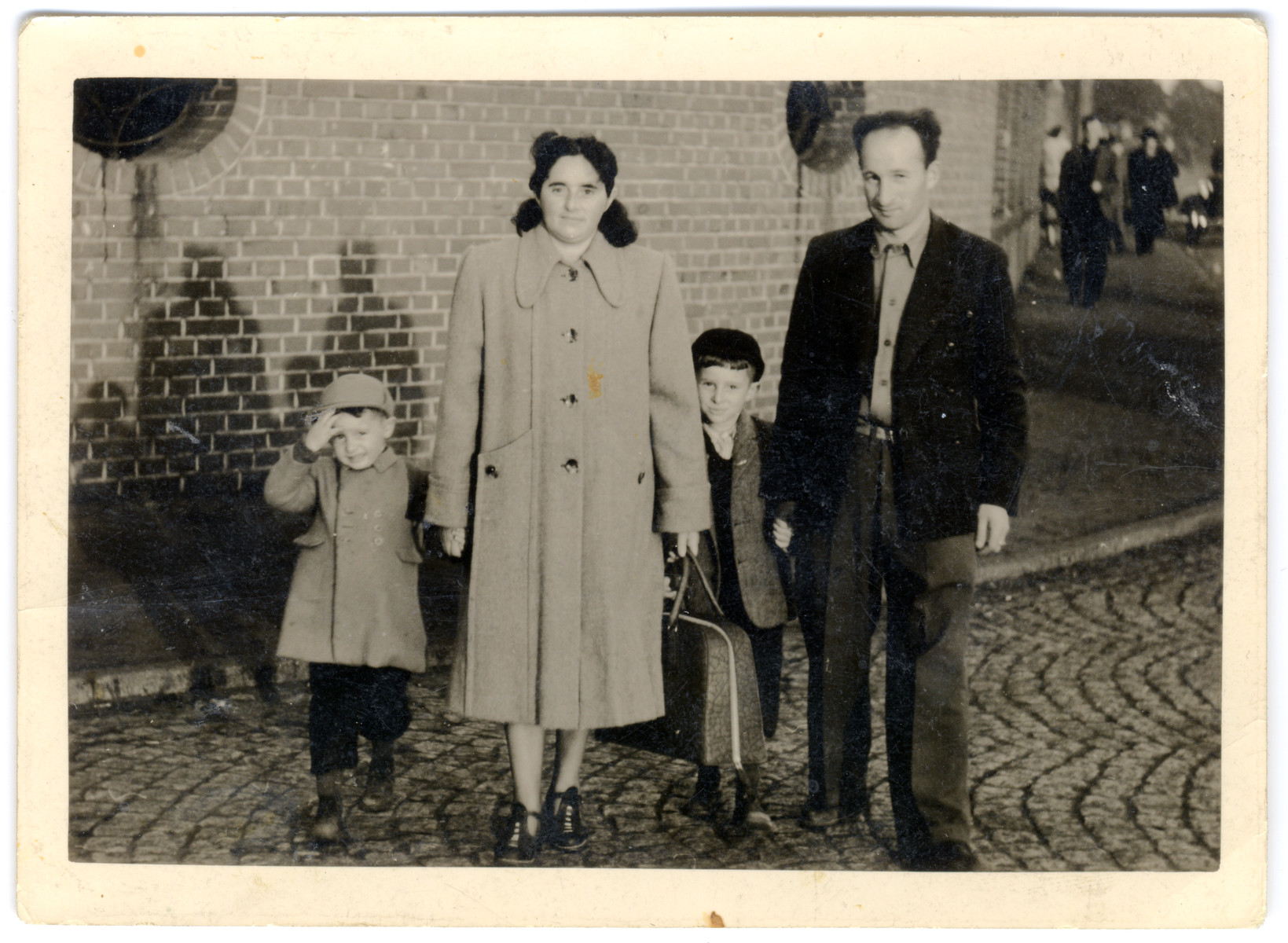 Mendel and Frieda Feldman with their children Fred and Irving, board the steamship SS General Sturgis in Bremerhaven, Germany, on their way to the United States.

Biography
Fred (Ephrayim Yitzhak) Feldman is the son of Mendel and Frieda Feldman. Mendel Feldman was born in Sokolow Podlaski on April 24, 1917. Frieda Elka Altman was born in Warsaw in 1914 and later moved to Sokolow. She was the daughter of Avrum Altman and Chaya (Ida) Rosenbaum Altman. Mendel and Frieda became engaged before the war broke out. Following the September 1939 German invasion of Poland, Mendel and Frieda left Sokolow and crossed to the Russian side. They married in Bialystok on November 12, 1939. The following January they moved to Berezniki in the Urals to work together with Frieda's mother Ida Altman and her sister Leah. While working there, Mendel inadvertently hit an electrical cable while digging resulting in his arrest by the NKVD and imprisonment for four months. After his release the family remained in Berezniki for another year. In October 1940, Frieda gave birth to their first son, Abraham. The following March, Mendel, Frieda and Abraham left Berezniki for Belorussia. Leah remained in Berezniki. After spending two weeks near Minsk, they moved to Saki, a Jewish collective farm in the Crimea. They lived there in relative comfort for slightly more than a year until Germany invaded the Soviet Union in June 1941. By September 1941 the Germans already were in Simferopol, only 40 miles away. Once the Germans occupied Crimea, the Feldmans went to Azerbaijan. Mendel was accused of running away from Red Army and again imprisoned, this time for three months. When Mendel was in jail, his son, Abraham, contracted diphtheria and died. In December 1942, Frieda gave birth to a second son Ephrayim Yitzhak (Fred Feldmen). In 1944 they returned to Saki in the Crimea where Israel Hersh (Irving) was born in August 1945. The family remained there until March 1946 when they returned to Poland by train. From there they made their way to Austria by way of Hungary and Czechoslovakia. They first lived in the Steyr displaced persons camp and then in Wels from 1946 to 1949. In 1949 they immigrated to United States on the steamship SS General Sturgis. Mendel's mother Chinka Schwazburt Feldman, sister Sura Rivka and brothers Fischel and Moishe Velvel all perished in Treblinka on September 22, 1942. Frieda's sister Rozsa Rosenbaum also perished in Treblinka.