A woman poses with her two children in her room in the Dieburg displaced persons' camp. 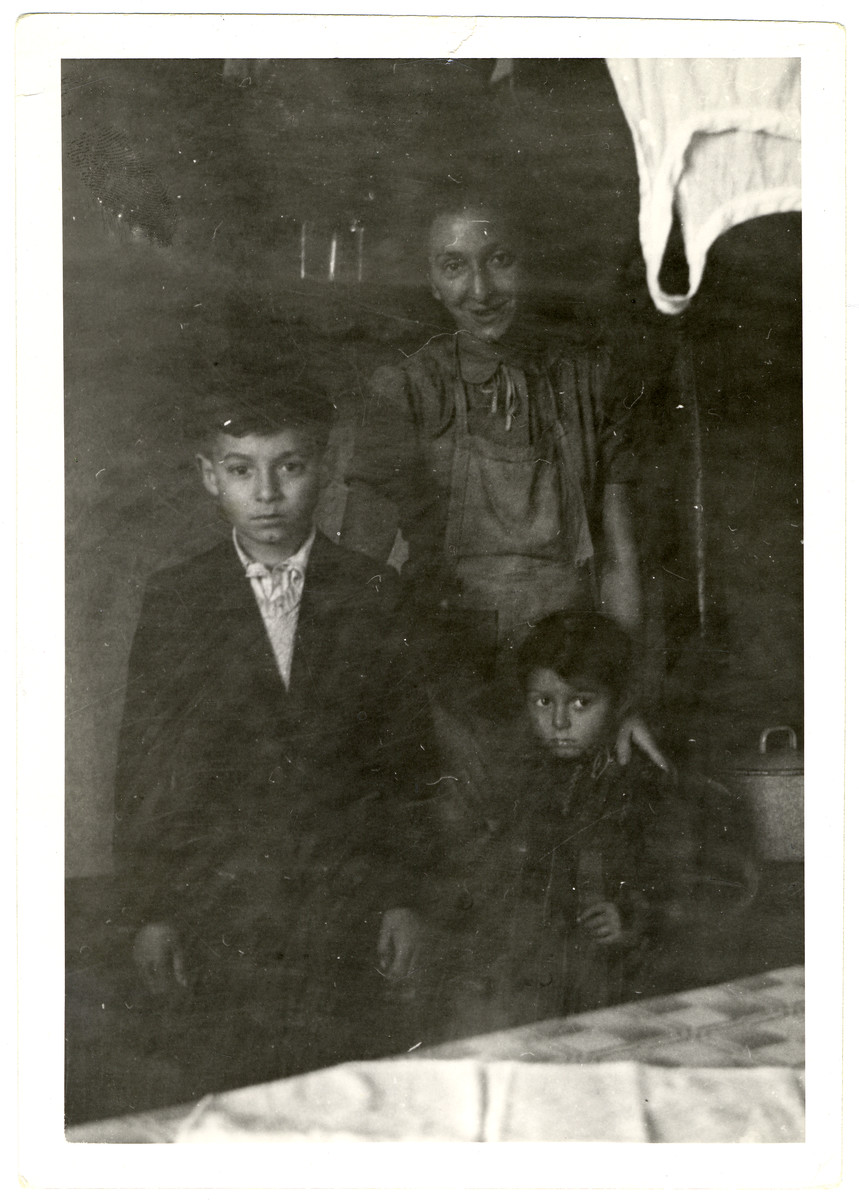 A woman poses with her two children in her room in the Dieburg displaced persons' camp.

The family pictured is probably the Rubinstein famiuy:e Lieba and her children Marek (age 7) and Frieda (age 3).

Maurice Levitt wrote the following about the Rubinstein family in his diary:
"When Hitler’s hordes invaded Poland, they fled to Russia. While still in Warsaw little Marek was hit in the head by Schrapnel. He was in a children’s hospital at the time but the Nazis spared no hospital. When they fled they left behind them the wife’s parents, her three brothers and her sister. When they arrived in Russia, they were first sent to Vologda about 25 miles from Leningrad, but Hitler’s armies were getting too near for safety, so in 1940, they were removed to Samarkand where the climate is very -- very much like Palestine as she made the comparison most lovingly -- as though everything in Palestine must be perfect. There they remained and until 1946. When the bombs ceased to fall and theoretical peace was declared, they elected to return to Warsaw and were provided with transportation and provisions. Upon their arrival they found that the parents and sister were burned in the crematorium in Treblinka -- the notorious death camp and that the brothers were starved and beaten to death in Majdanek. In the meantime, the brutal Poles were making pograms continually so that their lives were in constant danger. Thus they fled to the American Zone in Germany, first arriving in Babenhausen and then transferred to Dieberg where they are at the present time.

They have no kin anywhere in the entire world and their sole desire and goal is Palestine. The little family group gathered around the dilapidated parlor stove which must have seen its day 20 years ago. Overhead the clothesline from which dripping raggedy clothes were suspended, was stretched diagonally across the room. In the corner, some more old clothes lay soaking in the sloppy grey water which exuded as washday odor. The mother curled the blonde forelock of the little girl and using her fingers as a comb she ran them through the disheveled brown hair of the little boy brushing aside a few strands from his eyes. We snapped the picture as they posed for the camera with pride and dignity."