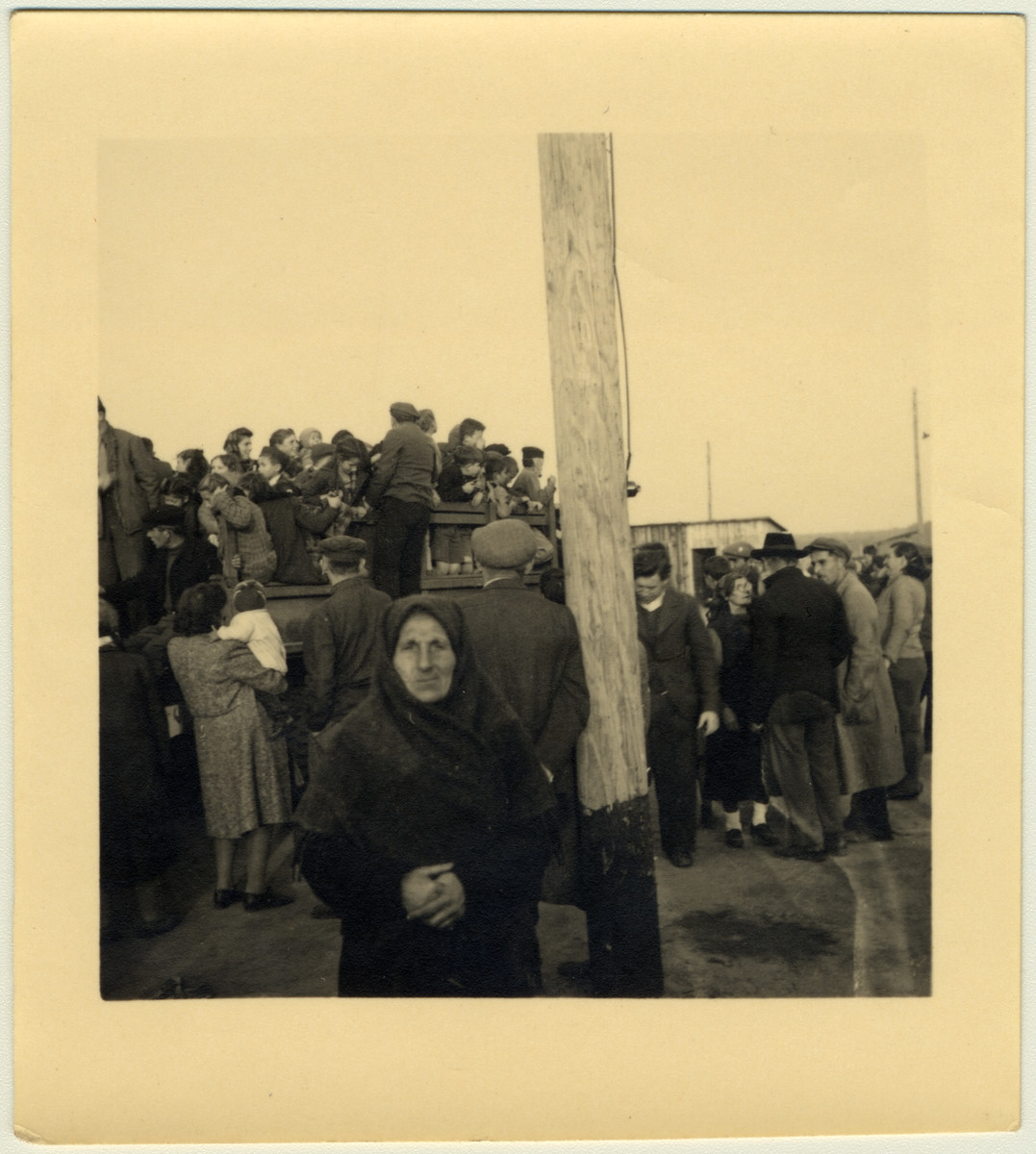 David Marcus's original caption reads: "The young pile aboard for joy and excitement of the ride while the older people wonder... 'Where next?'"

David Marcus was the son of Chaim and Jennie Marcus, both born in Poland. He was born on March 16, 1927, in Clifton, NJ, and passed away on June 17, 2011. David graduated from the Bronx High School of Science and finished one year of college before being inducted into the U.S. Army. After completing his infantry training, he was sent to Europe in early 1946 where he joined the replacement depot in Namur, Belgium. There he was selected by Chaplain Joseph Miller to serve as his typist and driver, and to assist with his chief priority -- finding ways to help Jewish DPs (displaced persons), most of them survivors of Hitler's concentration camps. When Chaplain Miller was posted in Frankfurt Germany, Marcus accompanied him. In short order they established the Frankfurt G.I. Council -- made up of Jewish soldiers, both male and female, including three Palestinian Jews serving in the U.S. Army. Several army civilian staff members also participated, including employees of the Civil Censorship Division who were themselves refugees from Nazi Germany. The Council met weekly at the Frankfurt Jewish Welfare Board. Its staff paid weekly visits to Jewish DP camps in the Frankfurt area and regularly organized field trips and provided treats for the children to raise their morale. Members of the Council also helped displaced persons find relatives in the United States and wrote letters on their behalf to seek resources and reunite families. To highlight its activities, the Council published a newsletter, "The Liberator." David Marcus served as production manager and photographer.