Spanish and Roma children run alongside Jacqueline Levy who is riding a bicycle, passing various buildings at the Rivesaltes camp. 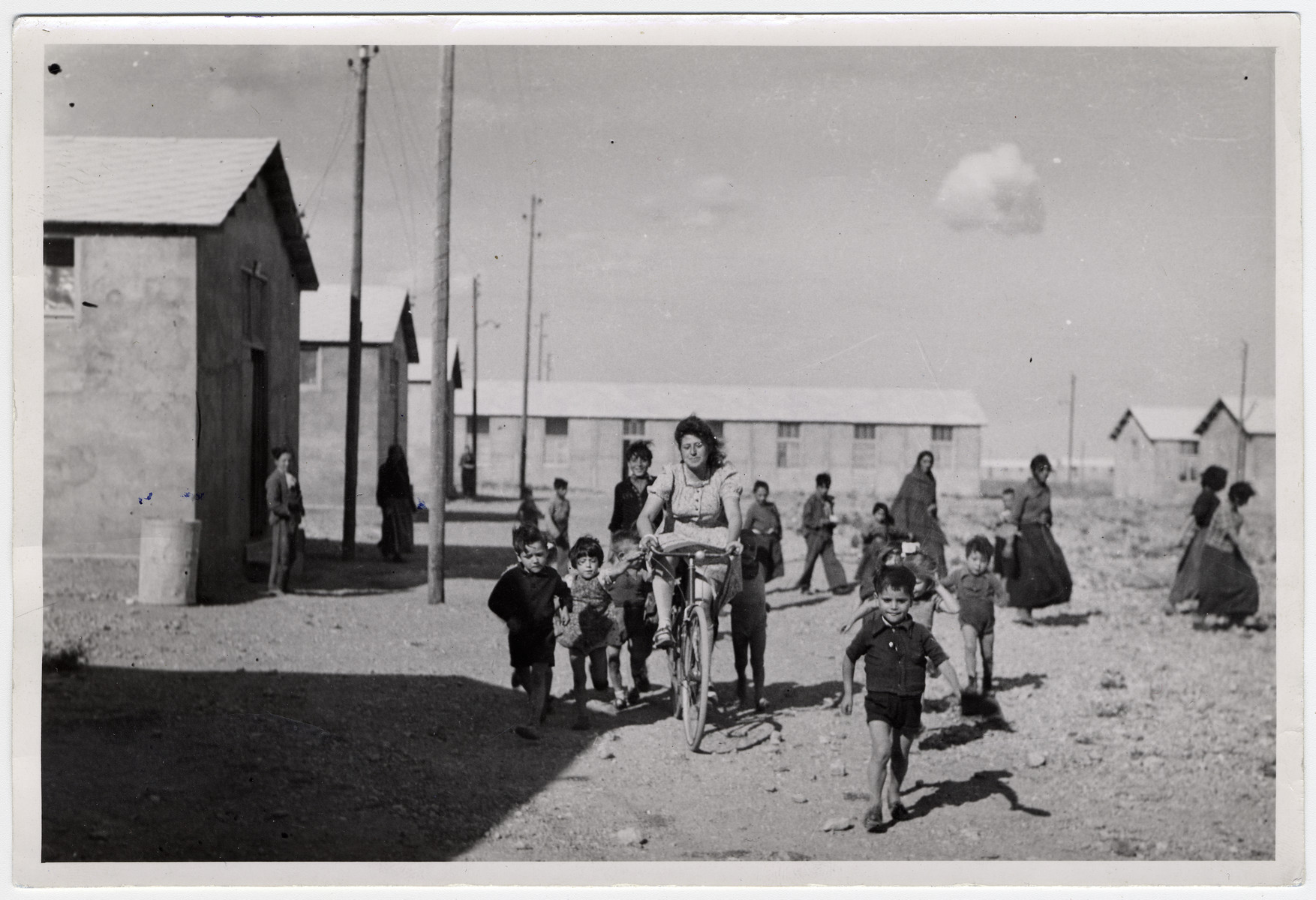 Spanish and Roma children run alongside Jacqueline Levy who is riding a bicycle, passing various buildings at the Rivesaltes camp.

Rivesaltes was divided into ten sub-camps, each fenced in by barbed wire. Men, women and children were housed separately. Only Roma (Gypsies) were allowed to live in family units. Internees suffered from malnutrition, disease from surrounding swamps, and exposure to heat and cold. Rivesaltes ceased functioning as an internment camp in November 1942, following the deportation of most of the Jewish prisoners to Auschwitz (via Drancy), and the transfer of the Gypsies to other camps. After the liberation of France, Rivesaltes was used as a POW camp for captured Germans.
https://encyclopedia.ushmm.org/content/en/article/france.
Biography
Micheline Weinstein was born in the Rothschild Hospital in Paris on November 15, 1941. As a young baby she was denounced and hidden in the Paris region and then in the Vendee, the Nievre and the Jura until the end of the war. Her rescuers and places of hiding included a convent, a Catholic school and French Communists. All of her parents and grandparents perished in the Holocaust. After the war, she became friendly with the Jewish aide worker and psychoanalyst, Jacqueline Levy-Geneste. Jacqueline Levy-Geneste entrusted her wartime photographs and documents to her, and she in turn donated them to the Holocaust Museum in 2011.