A group of Jewish men line up to receive rations at the Rivesaltes internment camp in France. 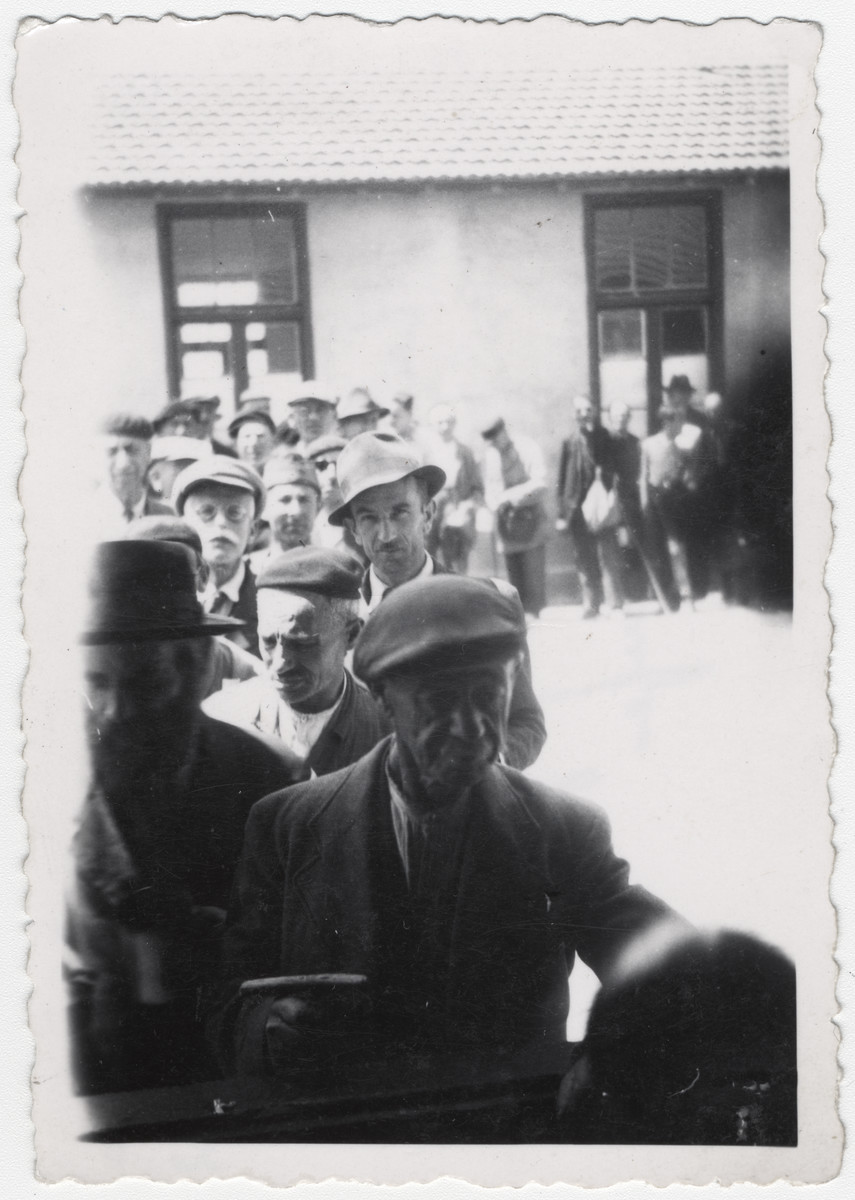 A group of Jewish men line up to receive rations at the Rivesaltes internment camp in France.

Original caption reads: "The line of interned Jews, before soup."

https://encyclopedia.ushmm.org/content/en/article/france.
Biography
Micheline Weinstein was born in the Rothschild Hospital in Paris on November 15, 1941. As a young baby she was denounced and hidden in the Paris region and then in the Vendee, the Nievre and the Jura until the end of the war. Her rescuers and places of hiding included a convent, a Catholic school and French Communists. All of her parents and grandparents perished in the Holocaust. After the war, she became friendly with the Jewish aide worker and psychoanalyst, Jacqueline Levy-Geneste. Jacqueline Levy-Geneste entrusted her wartime photographs and documents to her, and she in turn donated them to the Holocaust Museum in 2011.