A group of children gather around their caretaker as they open packages filled with toys. 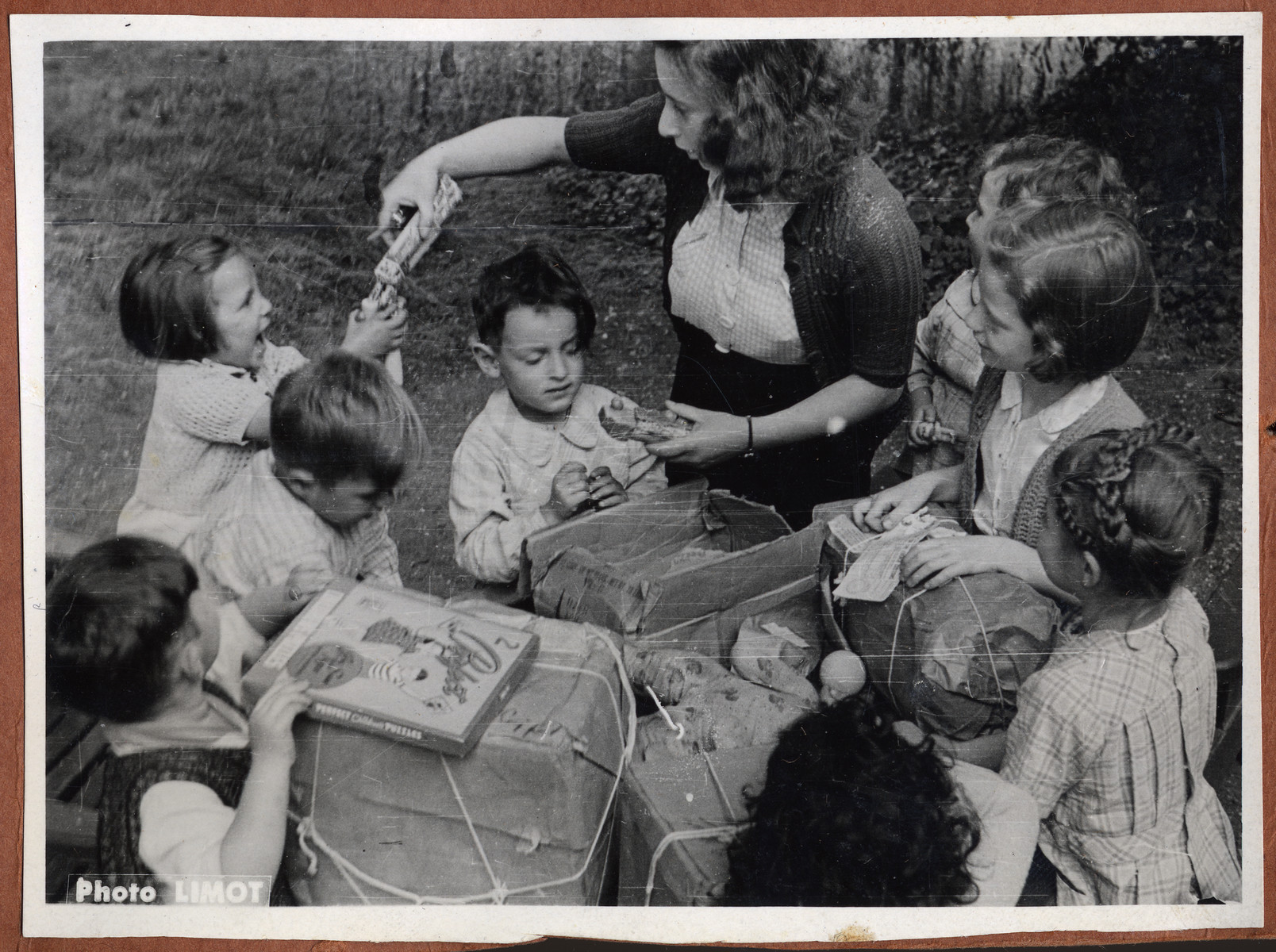 A group of children gather around their caretaker as they open packages filled with toys.

Event History
Le Petit Monde, also known as Melbourne House, was an OSE (Oeuvre de Secours aux Enfants) children's home in Paris, which sheltered some 30-35 Jewish pre-school children, ages 2-6. These children had been recovered from the homes of French families, where they had been hidden during the war. The home was established and directed by Simone Weil, who had trained as an early childhood educator in Strasbourg before the war, and had been active in the wartime French-Jewish underground. Adopting the Montessori educational approach she studied in Strasbourg, Weil organized the orphans at Le Petit Monde into small family units consisting of children of various ages. Each group was headed by an early childhood educator-in-training. Le Petit Monde operated for approximately two years before all the children were placed with families in France or emigrated abroad.
Biography
Micheline Weinstein was born in the Rothschild Hospital in Paris on November 15, 1941. As a young baby she was denounced and hidden in the Paris region and then in the Vendee, the Nievre and the Jura until the end of the war. Her rescuers and places of hiding included a convent, a Catholic school and French Communists. All of her parents and grandparents perished in the Holocaust. After the war, she became friendly with the Jewish aide worker and psychoanalyst, Jacqueline Levy-Geneste. Jacqueline Levy-Geneste entrusted her wartime photographs and documents to her, and she in turn donated them to the Holocaust Museum in 2011.