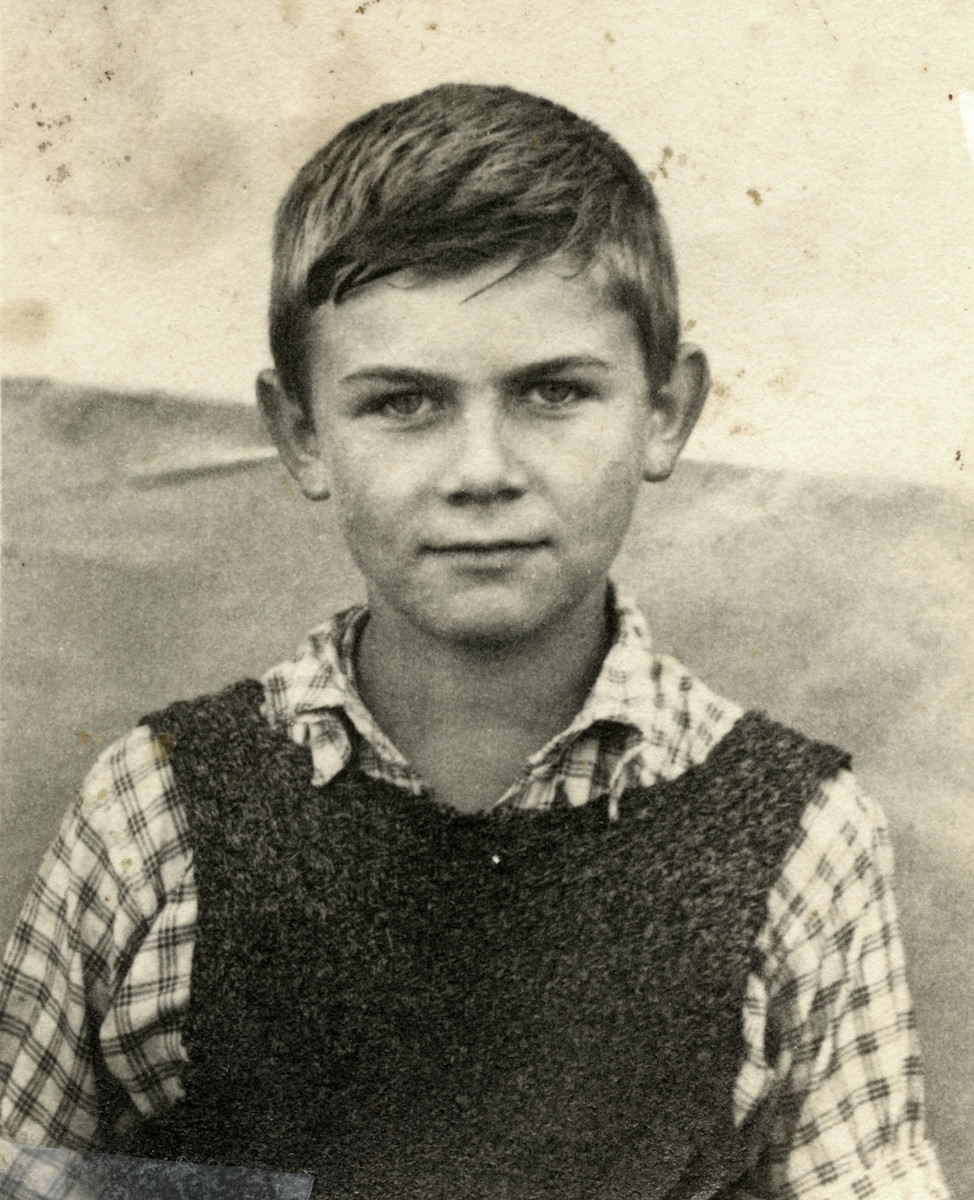 He is wearing a vest that his mother knitted for him; it was the only warm piece of clothing that he owned and which he wore throughout the ghetto and while in hiding.