A Jewish father pushes his two young children in a wheelbarrow, near their home in Gagny, a suburb of Paris. 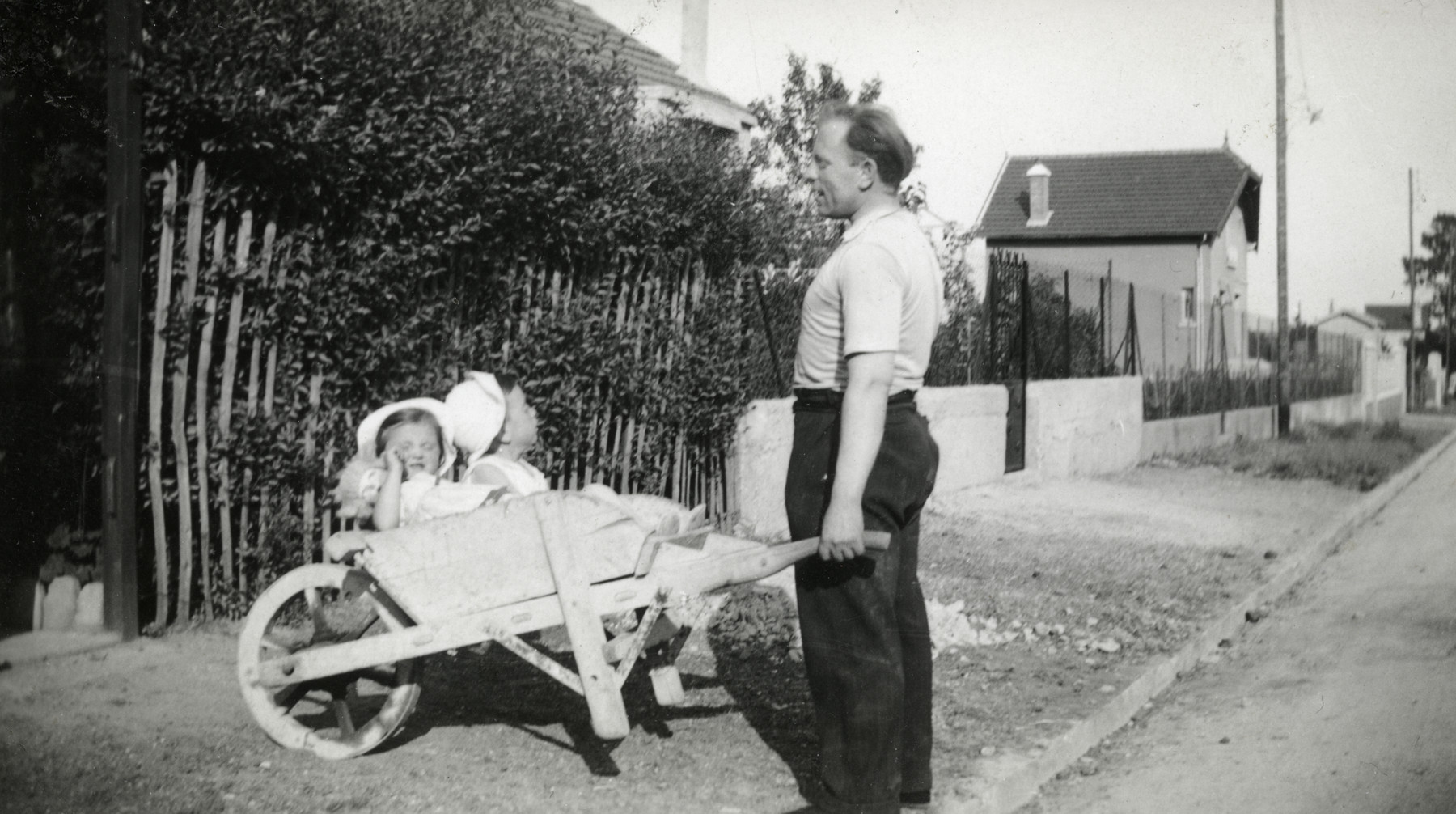 A Jewish father pushes his two young children in a wheelbarrow, near their home in Gagny, a suburb of Paris.

Pictured are Hersh Jakubovitch and his children Fernande and Albert.