Members of the Eclaireurs Israelites rest on a fence while on a hiking excursion through the French countryside in Saint Gervais-les Condamines. 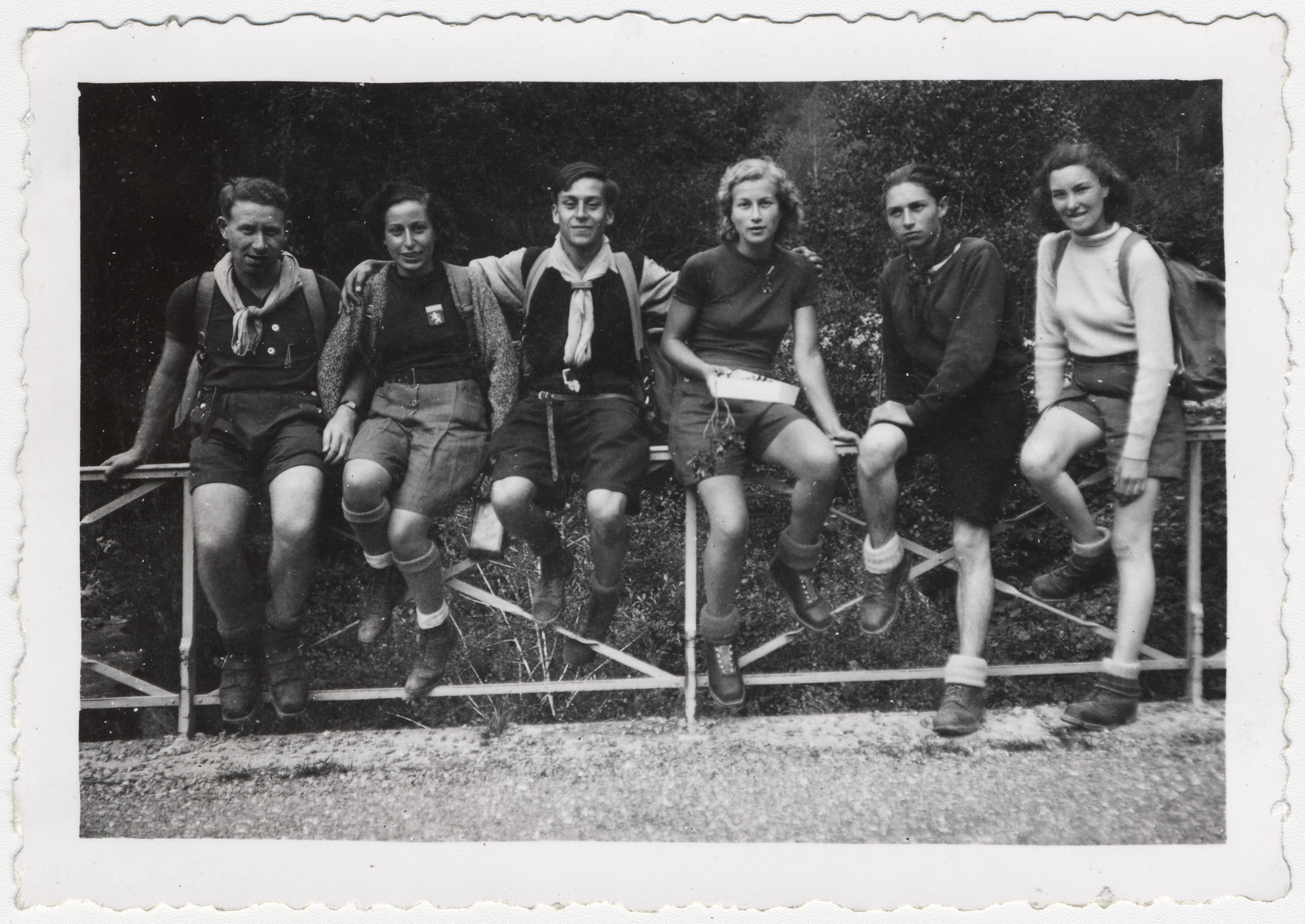 Members of the Eclaireurs Israelites rest on a fence while on a hiking excursion through the French countryside in Saint Gervais-les Condamines.

Henri Moskow is pictured on the far left.

Biography
Henri Moskow (the cousin of the donor Janine Storch) was born in Paris on April 13, 1915. His father was born in Odessa and immigrated to France, and his mother Jeanne nee Dreyfus was born in Mulhouse in Alsace. Henri's father died while fighting for France in World War I. As a child, Henri was active in the Jewish scouts, the Eclaireurs Israelites. He was drafted into the French army in the Second World War and taken captive by the Germans. After he escaped from the prisoner-of-war camp, he marched at night through occupied France and arrived at his mother's home in Paris. He immediately joined the Jewish underground and was assigned to escort Jewish orphans into the non-occupied zone. The Gestapo arrested Henri in Avignon on Mary 16, 1943 while on his second trip. Henri Moskow was sent to Drancy and then on July 31, 1943 deported to Auschwitz where he perished.