Self-portrait showing himself in dispair sitting with his head on his arms in an imaginary room painted by Heinz Geiringer, a Jewish teenager in Amsterdam, while in hiding to keep himself occupied. 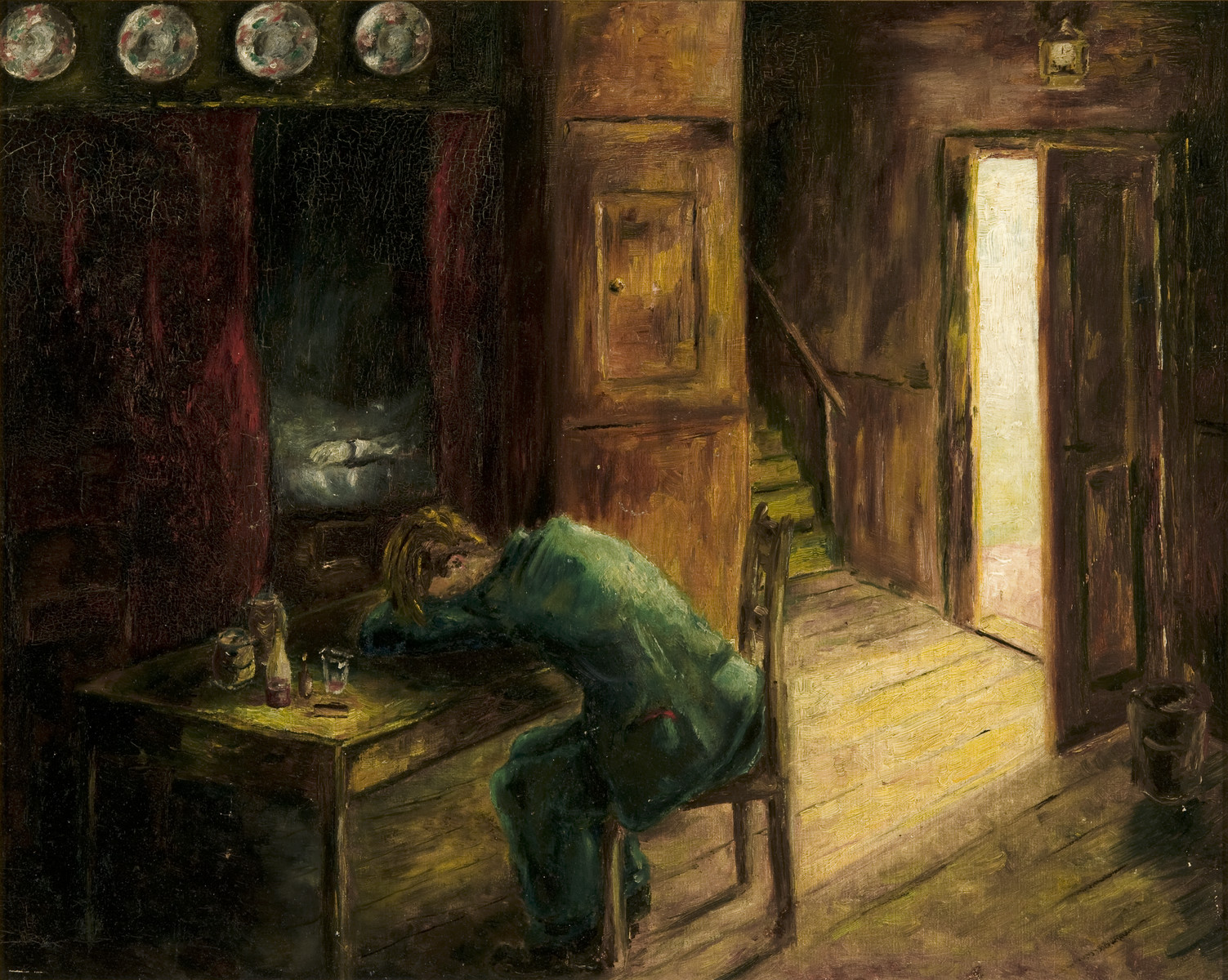 Self-portrait showing himself in dispair sitting with his head on his arms in an imaginary room painted by Heinz Geiringer, a Jewish teenager in Amsterdam, while in hiding to keep himself occupied.

The paintings were hidden under the floorboards of the hiding place and retrieved after the war.