Prisoners wait in line for their rations in the Beaune-la-Rolande transit camp. 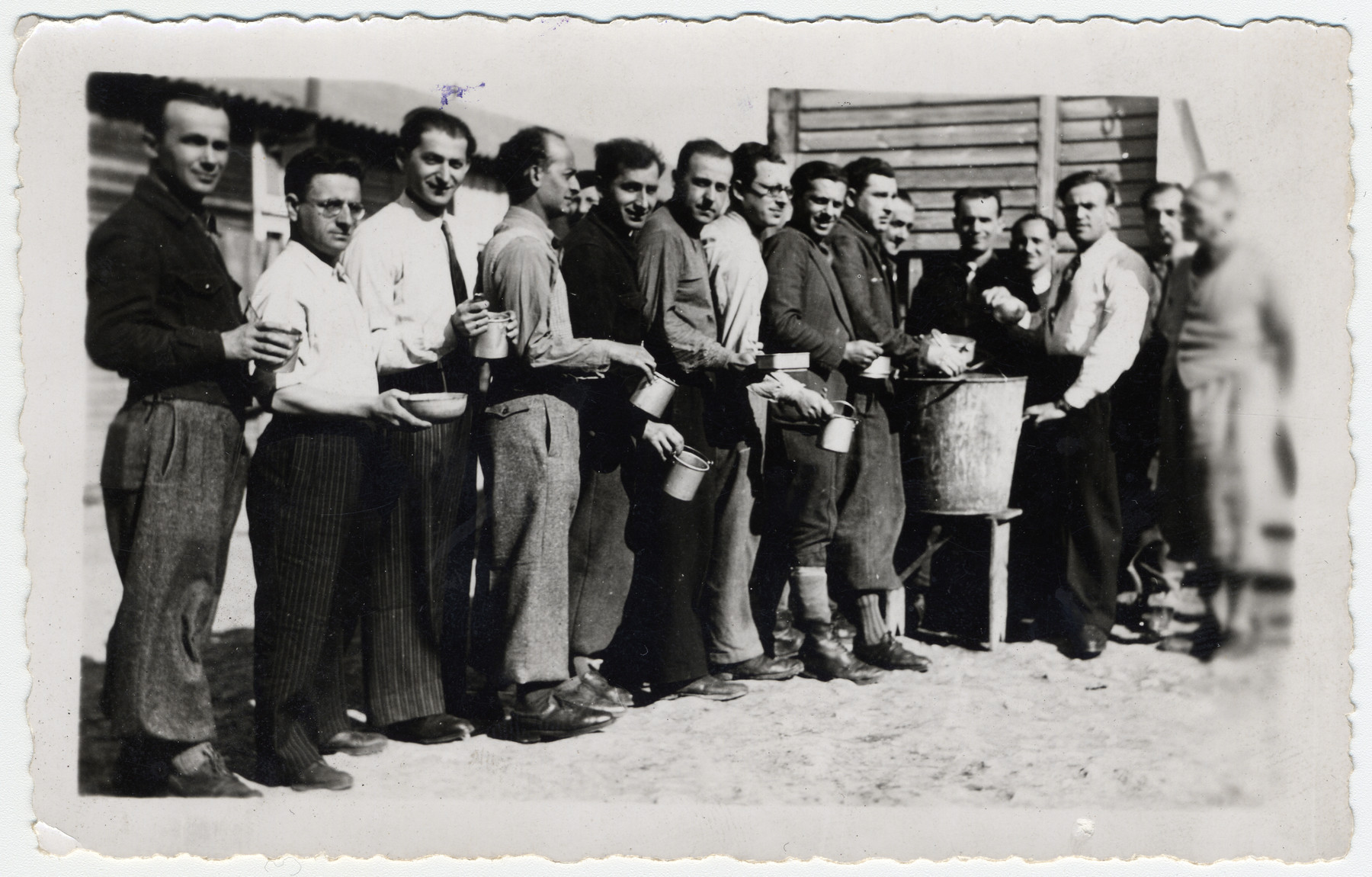 Prisoners wait in line for their rations in the Beaune-la-Rolande transit camp.

Biography
Leon Sztal is the son of Chil Jankiel Sztal and Barbe Louise Hendrickx. Chil Jankiel (Jacques, Jacob) Sztal was born on December 20, 1901 in Strykow, Poland to Gershon and Malka Sztal. He had a brother Moishe (Mosek) born on May 21, 1905 and a sister Pola who married Jankiel Michalowicz (born April 13, 1912). Chil moved to Palestine and worked draining the swamps. After catching malaria he moved to Belgium. There, he met and married Barbe Louise Hendrickx in Enderlecht, Belgium, outside of Brussels. Louise was born in 1905 and died on January 1, 1985. Originally Christian, she converted to Judaism and spoke Yiddish fluently. There two older children were born in Belgium: Antoine Abel was born on November 2, 1925 and Marguerite was on July 5, 1929. The family then moved to Saint-Maur, on the eastern edge of Paris, and Louise gave birth to Leon in Paris on May 6, 1933. In May 1940 Germany invaded France, and exactly one year later France rounded up Polish Jews and sent them to the sent the Beaune-la-Rolande camp in the Loiret, near Orleans. Among those arrested were Chil and Moishe Sztal, their brother-in-law Jankiel Michalowicz and their cousin Yitzrik Sztal (b. November 3, 1906). They were interned in the camp from May 14, 1941 to June 27, 1942. From there they were deported to Auschwitz and died soon afterwards. Chil died at Auschwitz on July 31, 1942, he may have been weakened by his earlier malaria attack or he may have caught typhus. Moszek died on August 15, 1942 and Jankiel Michalowicz died the next day. Yitzrik Sztal was liberated at Bergen-Belsen but died immediately either from overeating or from typhus.