Three young girls pose together in the Foublaines children's home. 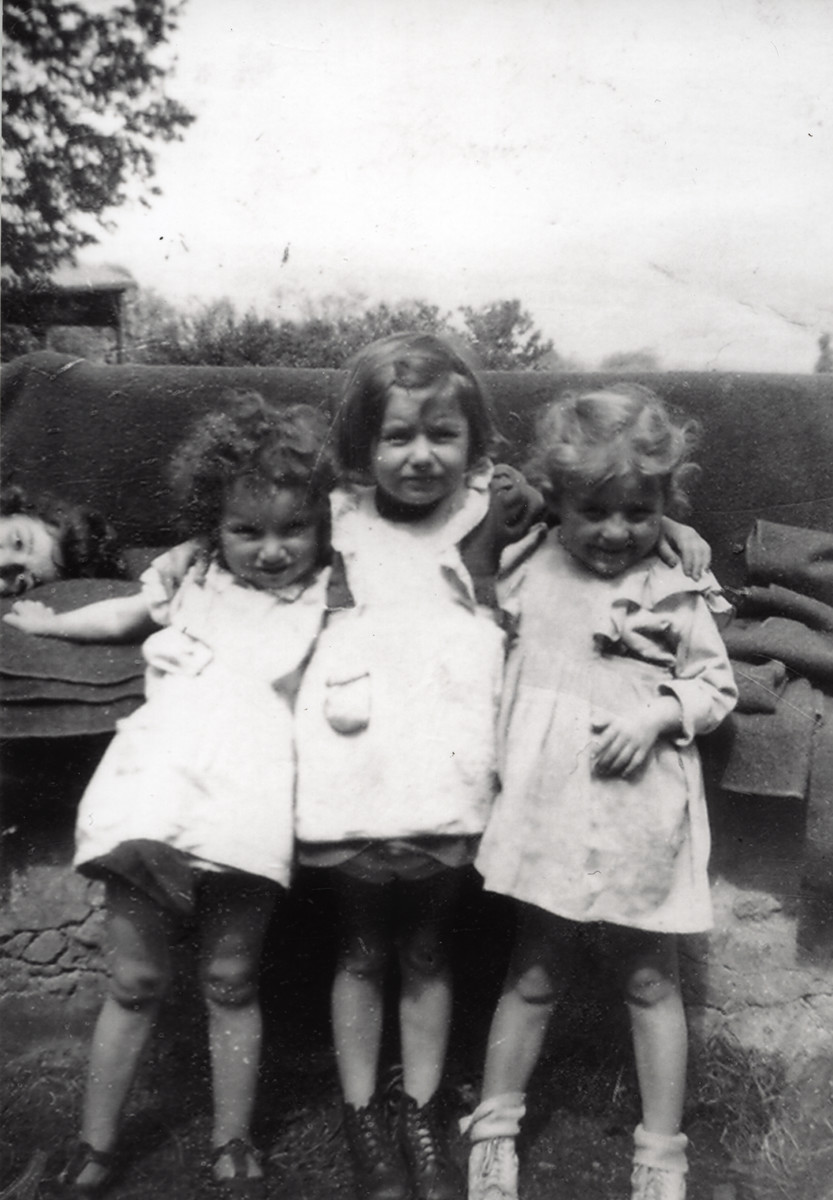 Three young girls pose together in the Foublaines children's home.

Ewa Margules is on right, Ruth Rosenfeld is pictured in the center.

Biography
Chave Heftler (born Ewa Margules) is the daughter of Abram and Laja Margules. Abram was the son of Mordechai Yosef Margules and Ester Rywka Dancygier; Laja was the daughter of Jawkowl-Joska (Yakov Yesef) Guterman and Sura Dancygier. Abram and Laja grew up in the Zaglebie region of western Poland and married on May 5, 1932 in Niwka Poland, a village that became part of Sosnowiec. Abram was 27 at the time and Laja was 17. Germany invaded Poland on September 1, 1939 and soon afterwards began the persecution of the Jewish community. On March 2, 1942 Laja gave birth to Ewa. Two months later, the Germans deported 1500 Jews from Sosnowiec, Poland. When Ewa was only four and a half months old, her mother decided to entrust her to a Polish woman. On July 23rd, 1943 Laja handed off the child to Genia Bartush and her husband, a well-do-to childless couple, at their home in Dabrowa Gornicza, a town near Sosnowiec, Poland. Ewa remained at the Bartush home for the next two years under the Polish name 'Wiesee' until the end of the war. In August 1942 Germany liquidated what had remained of the Sosnowiec ghetto. Abram or Laja Margules both perished in the Holocaust.

The Bartush family wanted to keep Ewa, but after the Jewish organization Vaad Hatzalah/Rescue Children, learned of her whereabouts, they decided to bring her back to the Jewish community. According to one account, she was smuggled out of the Bartush home in the middle of the night. Ewa was brought to France (probably in 1946) and taken to the children's home in Foublaines (Seine-et-Marne), run by Dr. and Mrs. Josepovitch and their daughter Handushka. Fublaines was one of five homes run by The Vaad's Rescue Children organization in France. Through the help of the Vaad Hatzala, Leo and Gerdie Gartenberg adopted Ewa and an older boy, Jacob in November 1947. Ewa grew up in the States where she married. Now Chave Heftler, she later moved to Israel where she currently resides.