The Diamant children from Bratislava, pose with their rescuers, the Zaruba family. 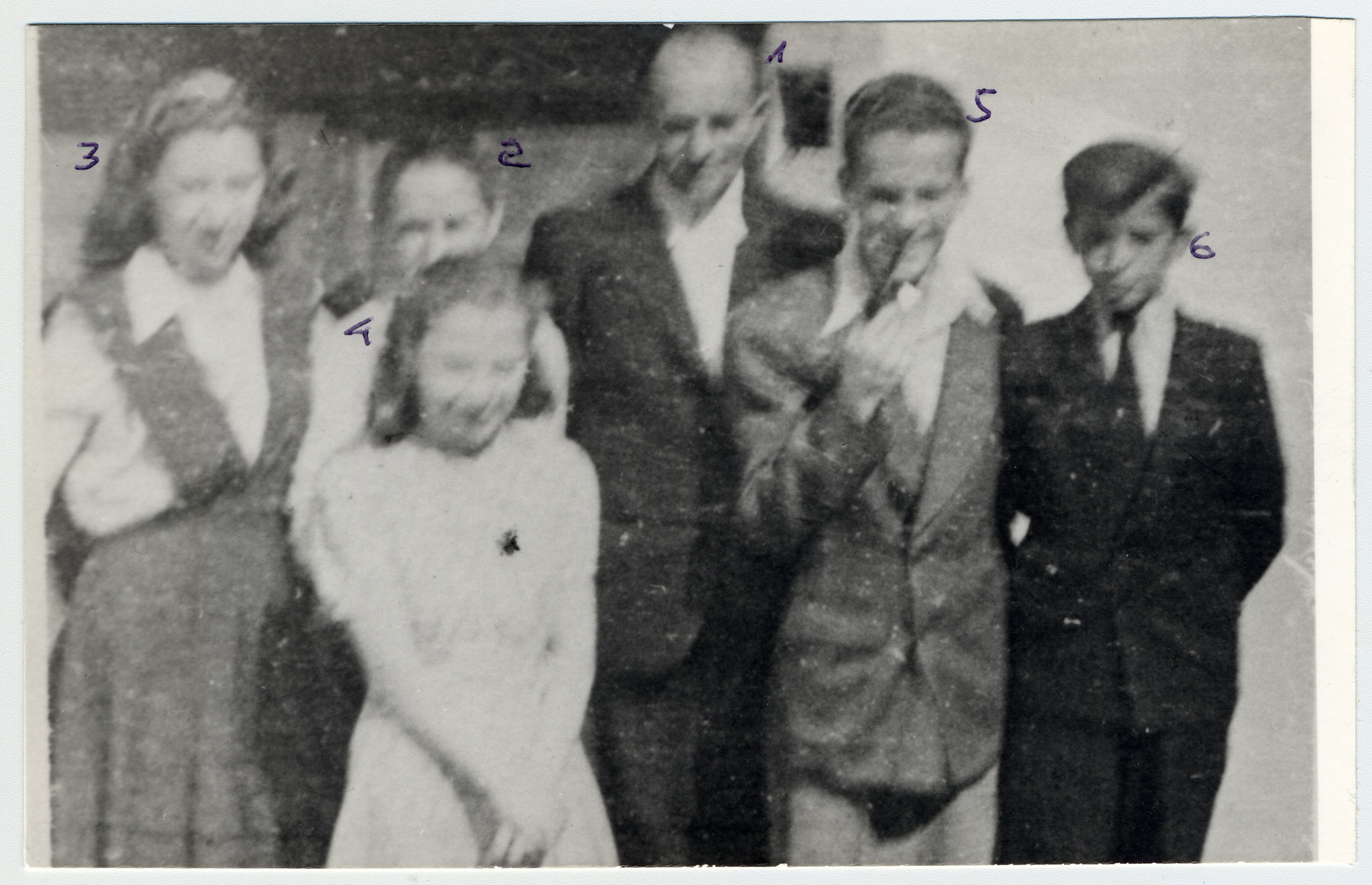 The Diamant children from Bratislava, pose with their rescuers, the Zaruba family.

Biography
Zigmund (Zigi, now Shlomo) Diamant is the son of Moritz (Moshe, b. 1895) and Frida (nee Kohn, b. June 12, 1898) Diamant. Zigmund was born on April 9, 1928 in Bratislava where his father was a wealthy businessman. He had an older sister Gertrude b. January 4, 1924 and a younger sister Liane born July 29, 1933. In November 1940 Slovakia joined the Axis thus becoming officially allied with Hitler, and in March 1942 Slovakia agreed to the deportation of its Jews. Deportations continued through autumn. Moshe however received a certificate deeming him essential to the economy and was therefore exempt from deportation. Between 1939 and 1944 the family hid in one of their apartment. Following the suppression of the Slovak uprising in later summer 1944, Germany proceeded to deport the remainder of the Jewish population. Slovak police were friends of Shlomo's father and warned them to leave. The family fled to the countryside, and the farmers, Peter and Valeria Zaruba hid them in their farmhouse. Zigmund became friendly with their son Ferko. In 1945, they were denounced by a local ethnic German and arrested. Lia was not caught as she was out of the room at the time. After being informed on they were chased by foot to the Gestapo station in Modra where Zigmund and his parents were all beaten. From there they were taken to the Sered internment camp, and Zigmund became separated from his parents. From Sered they were brought by cattle car s to Terezin. There, Zigmund worked in the forge manufacturing axes and hammers. After liberation, they returned to Bratislava and reunited with Liane who had remained protected by the Zarubas. Zigmund studied architecture, and in 1949 he immigrated to Israel. He settled in Netanya and practiced architecture. In 1993 Yad Vashem recognized Peter and Valeria Zaruba as righteous Among the Nations.