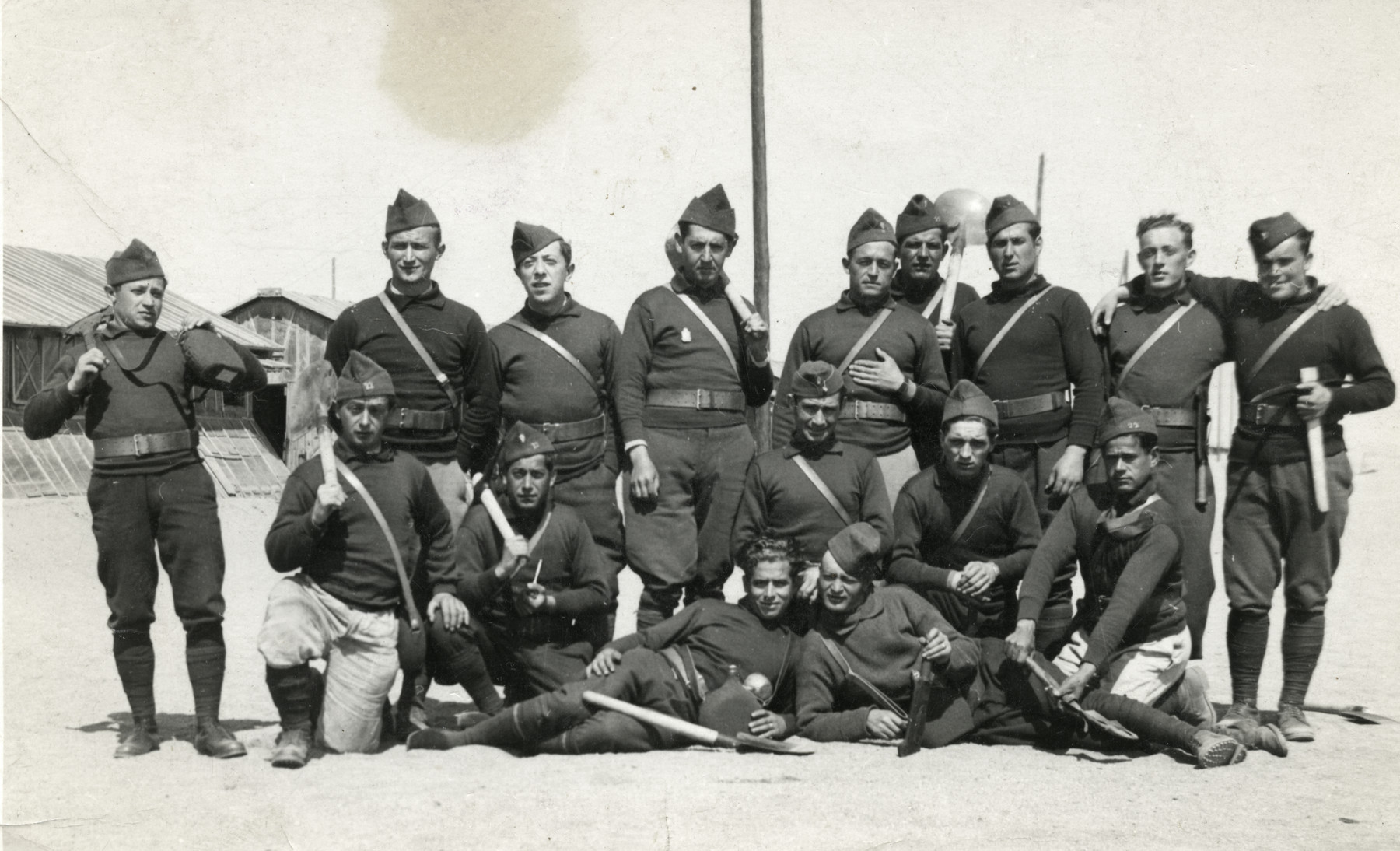 Mendel Max Rosensweig is pictured on the bottom left.

Biography
Lisa Daniels (born Lisa Rosensweig) is the daughter of Mendel Rosensweig (b. Warsaw, March 11, 1907) and Elizabet nee Morgenbesser (b. Lublin 1907). Lisa was born on May 17, 1930 and had a sister Ida (b. 1936) and a brother Simon (b. 1938). Lisa's father served in the "Les Engages Volontaires," a part of the French army which consisted of Polish Jews. At the beginning of the war Elizabet received a telegram telling the family that her husband had been killed. Following the German invasion of France in the spring of 1940, Lisa's mother fled south with her children. Simon was killed by a bullet in Elizabet's arms. It took the family a month to reach the south of France. They stayed with farmers for a few months and proceeded to Limoges where they were put in a hall with 150 other people. Lisa became very sick, and her mother decided to return to Paris. They went back to their apartment and remained there until 1941. Lisa was able to attend school and helped her mother wait in queues for milk. She witnessed her friends being picked up, and she was too afraid to say hello to them.

In January 1942 the French police came to her school (L'école Titon) to get her and her sister. They took the girls back to their apartment and waited for Elizabet to pack their luggage. Lisa's mother told her in Yiddish to escape, but it was too dark and she had nowhere to go and so she remained together with her family. The police brought them to the station and then to Drancy. Elizabet began screaming that she was a war widow to the embarrassment of Lisa. However, her tactics worked and they were released from Drancy and allowed to return to their apartment.

The concierge of their apartment with whom they were quite friendly took them to Amiens. There they stayed with Lisa's uncle Benjamin Rosensweig in hiding in a cellar with the aid of local peasants. The house was across the street from the Amiens prison. Benjamin was a tailor and used to repair the uniforms of the police. Lisa's grandmother even spoke Yiddish to the soldiers. They remained there for three years until liberation when they returned to Paris. Lisa's sister Ida died six months later from rheumatism.

The new French government granted Lisa's mother a widow's pension and paid for Lisa's studies. She attended school and met a few Jewish friends. They introduced her to the Zionist youth movement Borochov. There she met her future husband, Sigbert Daniel from Berlin who belonged to the Dror movement. He was ten years her elder. Together they spent a year on a Hachshara training camp in Monbardon and married in Paris in April 1948 prior to their immigration to Israel. They left Europe on the ship Providence, and upon arriving in Israel they settled on Kibbutz Sdot Yam. They lived there for two years while Sigbert served in the Israeli army in the War of Independence.