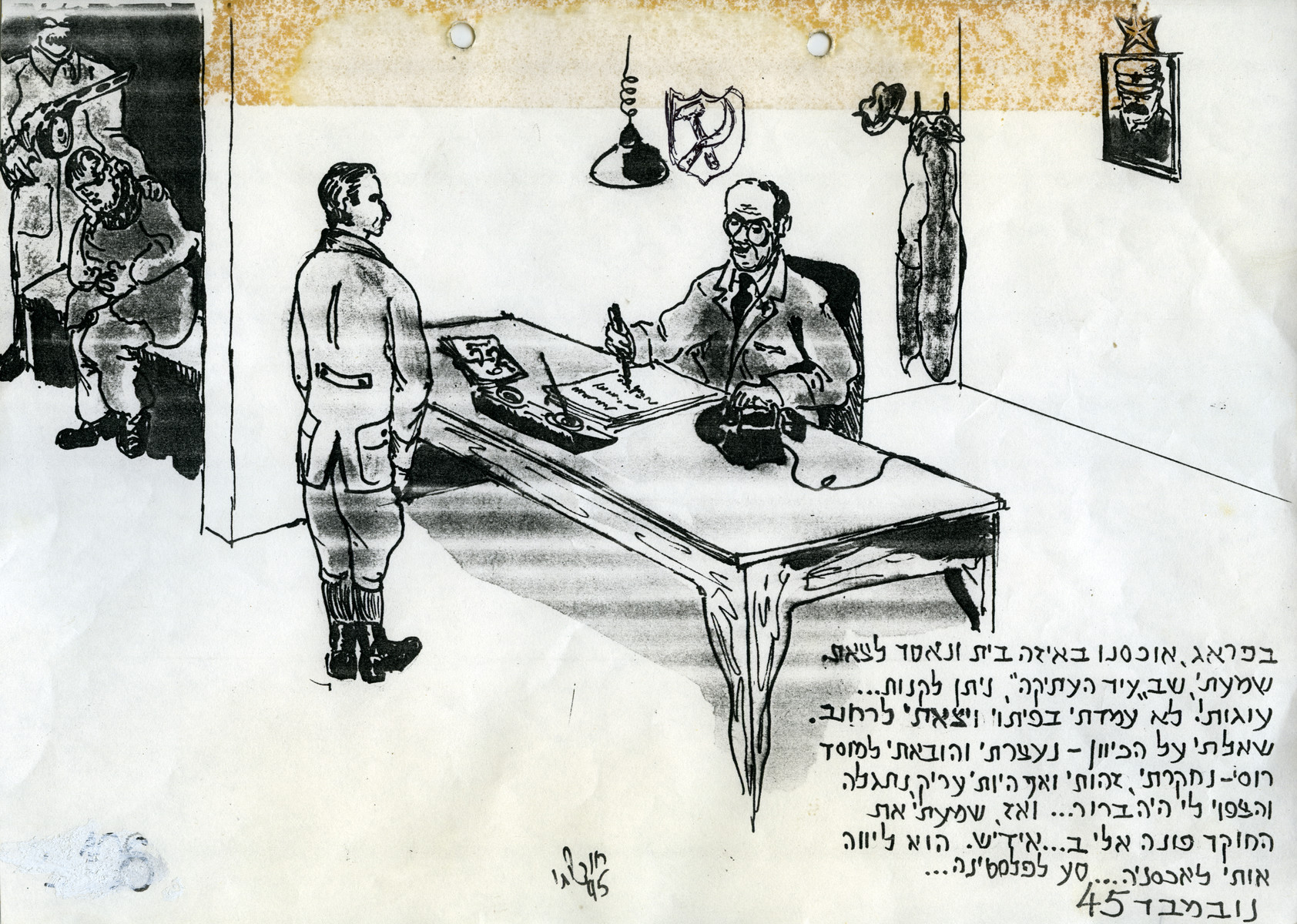 The drawing shows the artist being interrogated after his arrest in Czechoslovaskia. The interrogator then spoke to him in Yiddish and told him to go to Palestine.

Biography
Peretz Chorshati (born Pavel Szenwald) was born in Warsaw. In 1940 he was deported to the ghetto and in March 1941, he was transported to the Nedev labor camp. He escaped from there and returned to the ghetto. After obtaining forged documents, he escaped to the Aryan side. While fleeing to the forests he was caught and deported to the Lida ghetto. In April 1943 he escaped and joined the Bielski partisans and fought with them until the end of the war. After liberation he was drafted into the Red Army. He returned to Warsaw for a week to search unsuccessfully for any surviving relatives. Pavel then joined the Zionist group Betar and after receiving false Greek papers, he made his way to the West with the Bricha via Czechoslovakia. He lived in several displaced persons' camps and then made his way by truck to France. In Marseilles he boarded the Biriya in July 1946 as part of the illegal immigration to Palestine (Aliya Bet). In mid-sea thepasengers transferred to a smaller ship, the Akbel, in the hope of fooling British patrols. Despite this, the British intercepted the ship and briefly interned the passengers in the Athlit detention camp near Haifa. After about a month, Peretz and a few friends escaped from the camp in the middle of the night and boarded a civilian bus. In spring of 1947 Peretz joined the Irgun and later after Israel declared independence, he fought with the IDF (Israeli Defence Forces). He participated in the establishment of the Fire and Rescue Service in Eilat and later became chief of the station.