Photograph attached to a false identification paper issed to Maria Oracz (really Jola Schulsinger) when she was living as an Aryan in Warsaw. 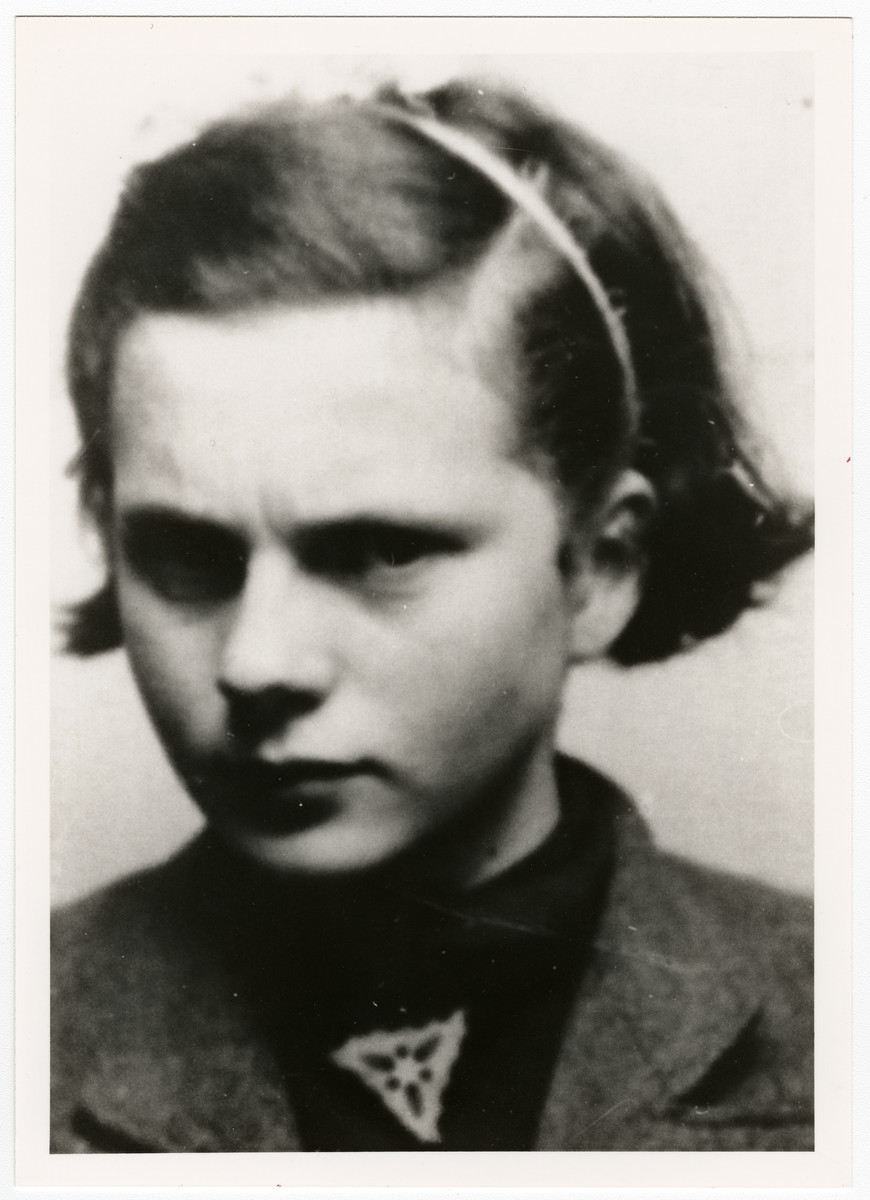 Photograph attached to a false identification paper issed to Maria Oracz (really Jola Schulsinger) when she was living as an Aryan in Warsaw.

Biography
Jola Hoffman (born Jola Schulsinger) was born in Germany in 1931. In 1938 her family was expelled from Germany and resettled in Lodz. From there they went to Warsaw where they were incarcerated in the ghetto after the start of World War II. She remained in the ghetto until 1943 when she escaped to the Aryan side and lived as a Pole under the name Maria Oracz. Jola later was deported to a work camp in Breslau and was finally liberated in 1945.