Portrait of Halina Kleiner with her American liberators in Prachatiche, Czechoslovakia. 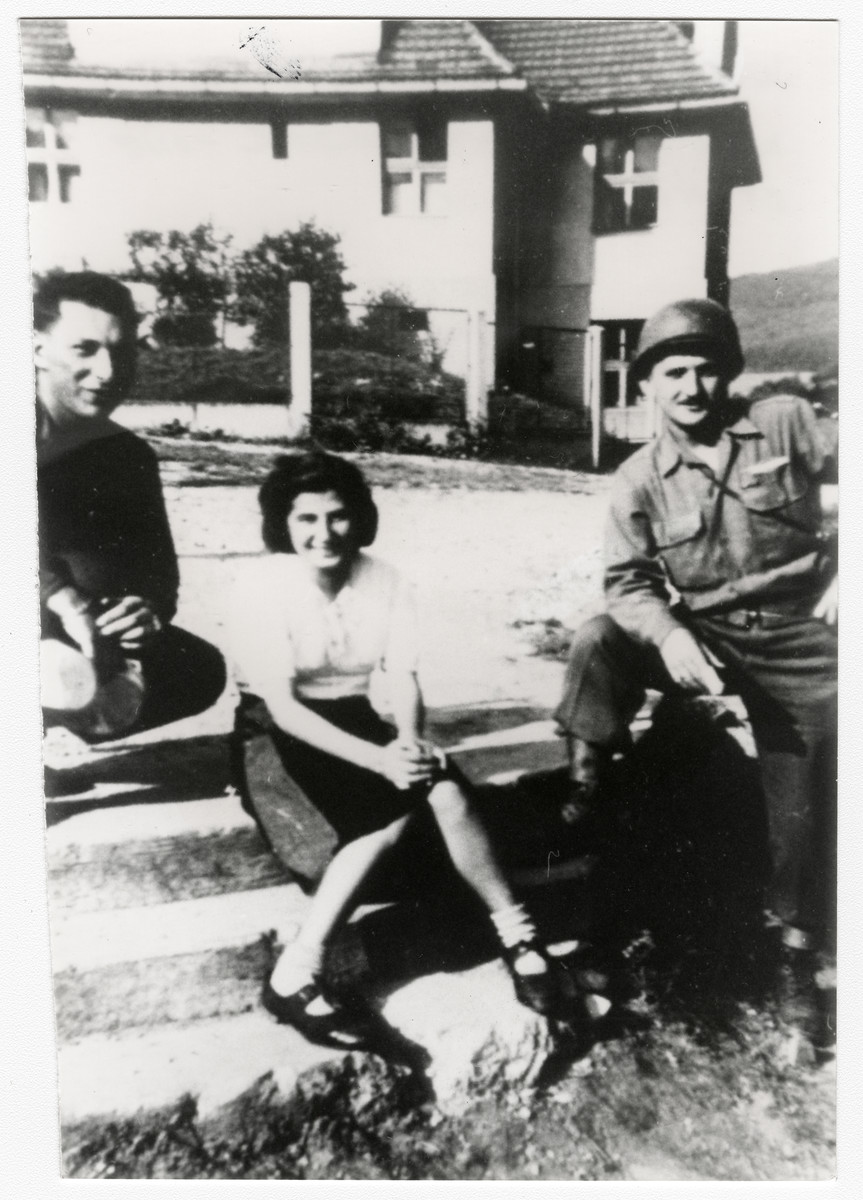 Portrait of Halina Kleiner with her American liberators in Prachatiche, Czechoslovakia.

Biography
Halina Kleiner was born in Czestochowa, Poland in 1929. After the German invasion of Poland, she and her family were forced into a ghetto. However, she and her father managed to escape prior to its liquidation. Halina obtained false papers and joined her grandmother in Bedzin. From there she was in several work and concentration camps in Poland and Germany, eventually being taken to Greenberg. As Soviet forces approached Greenberg, the Germans sent its female prisoners on a death march. Most died en route, but Halina was among those who survived what is known as the death march and was liberated by American troops in Prahatiche, Czechoslovakia. She and her husband later immigrated to the United States.