Panel from a 1944 exhibition in London, England, entitled "Germany- the Evidence" showing resistance to the Nazi Regime in Holland and Denmark. 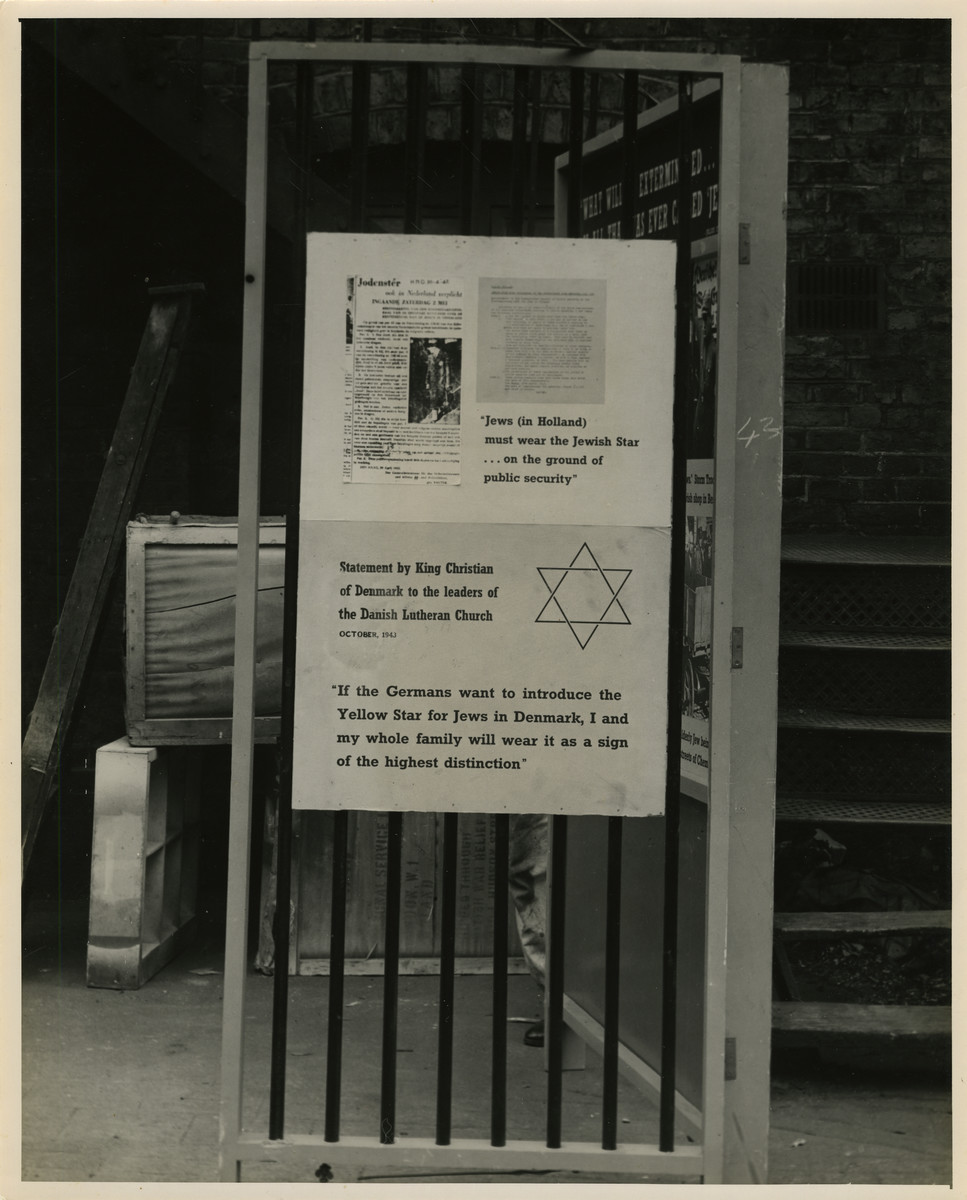 Panel from a 1944 exhibition in London, England, entitled "Germany- the Evidence" showing resistance to the Nazi Regime in Holland and Denmark.

A panel that reads "Jews (in Holland) must wear the Jewish Star... on the ground of public security." "Statement by King Christian of Denmark to the leaders of the Danish Lutheran Church. October 1943. If the Germans want to introduce the Yellow Star for Jews in Denmark, I and my whole family will wear it as a sign of the highest distinction."