Pinchas Weissberg looks out a train window with his daughter, Natalia Schwarzwald, and her baby daughter, Elzbieta. 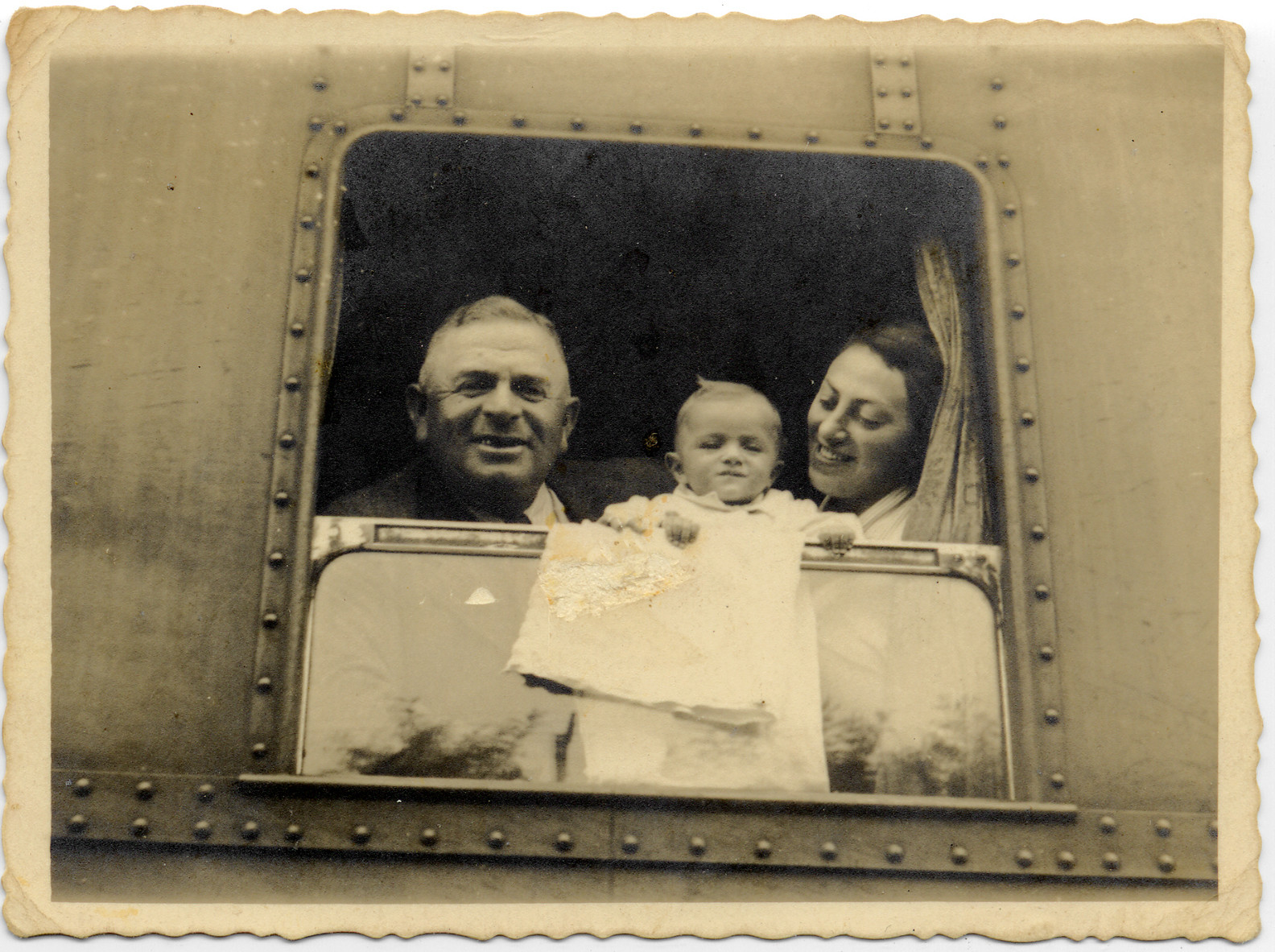 Pinchas Weissberg looks out a train window with his daughter, Natalia Schwarzwald, and her baby daughter, Elzbieta.

Biography
Aliza Bar (born Elzbieta Elza Schwarzwald) is the only daughter of Randolf Rubin (born August 28, 1904) and Natalia Weissberg (born September 8, 1910) Schwarzwald. She was born on February 26, 1938, in Lvov, Poland. Ela does not have many distinct memories from the Lvov ghetto period, but she remembers that her mother died there of typhus. Eventually, Randolf, his sister Berta, and Ela escaped from the ghetto and sought refuge with a Polish family. Ela was the only one who was able to stay with the family since she had blonde hair and blue eyes and easily passed as a gentile. Ela recalls that the family she stayed with treated her well. Ela's father found refuge elsewhere and visited her regularly.

After the war, Ela was the only known survivor. Ela was taken to the Jewish Committee and eventually adopted by Shmuel and Regina Mandel. The couple had survived the Lvov ghetto, and managed to escape and hide until liberation. The Mandels and Ela moved to Legnica, Poland. Youth Aliyah gave the children in Legnica the opportunity to immigrate to Palestine, and Ela was temporarily taken to the Puerten Displaced Persons camp in Munich, Germany. In July 1947, the children came to Palestine aboard the SS "Providence" and were placed in the boarding school of the WIZO youth village Hadassim. Shmuel and Regina Mandel arrived in Israel and settled in Kfar Ata. Ela remained very close with them.

Ela graduated from high school and Teacher's Seminary and became a teacher. She met and married Alexander Bar and they had two sons together, Reuven and Gadi. s