Close-up portrait of Gertrud Goldschmidt, a student from the Lenore Goldschmidt School, during a track and field event. 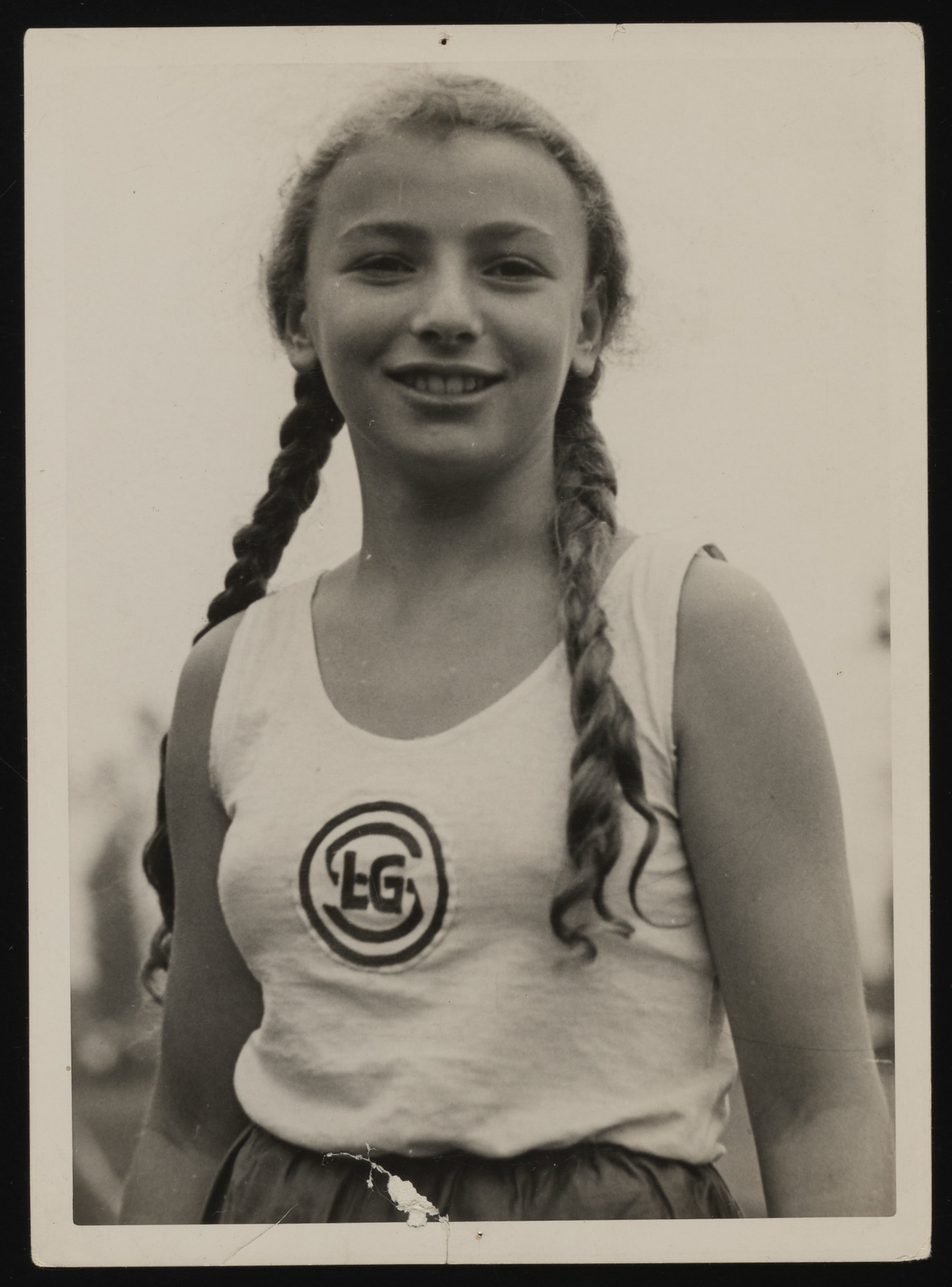