Group portrait of members of the French Foreign Legion in a prisoner of war camp in Germany. 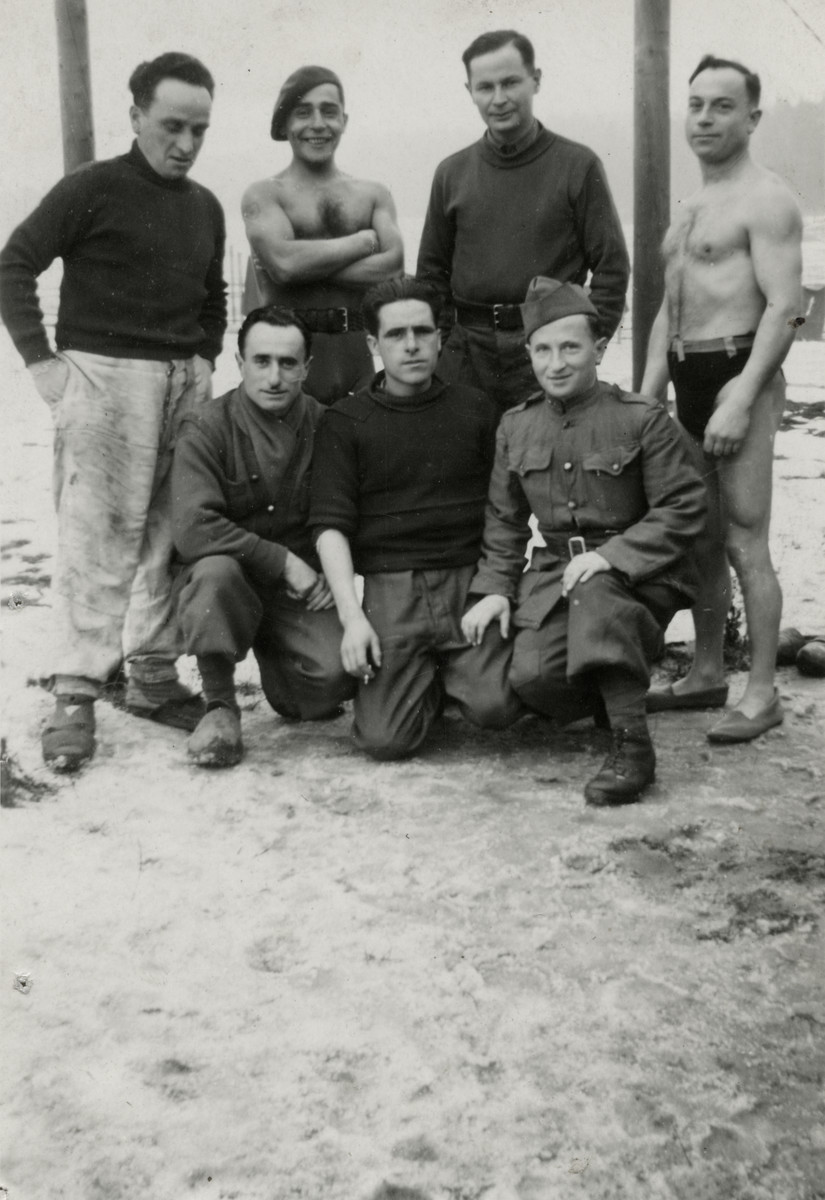 Group portrait of members of the French Foreign Legion in a prisoner of war camp in Germany.

Mendel Einhorn is pictured in uniform in the front row, right.