Young children play in a large sandbox in a kindergarten in Amsterdam. 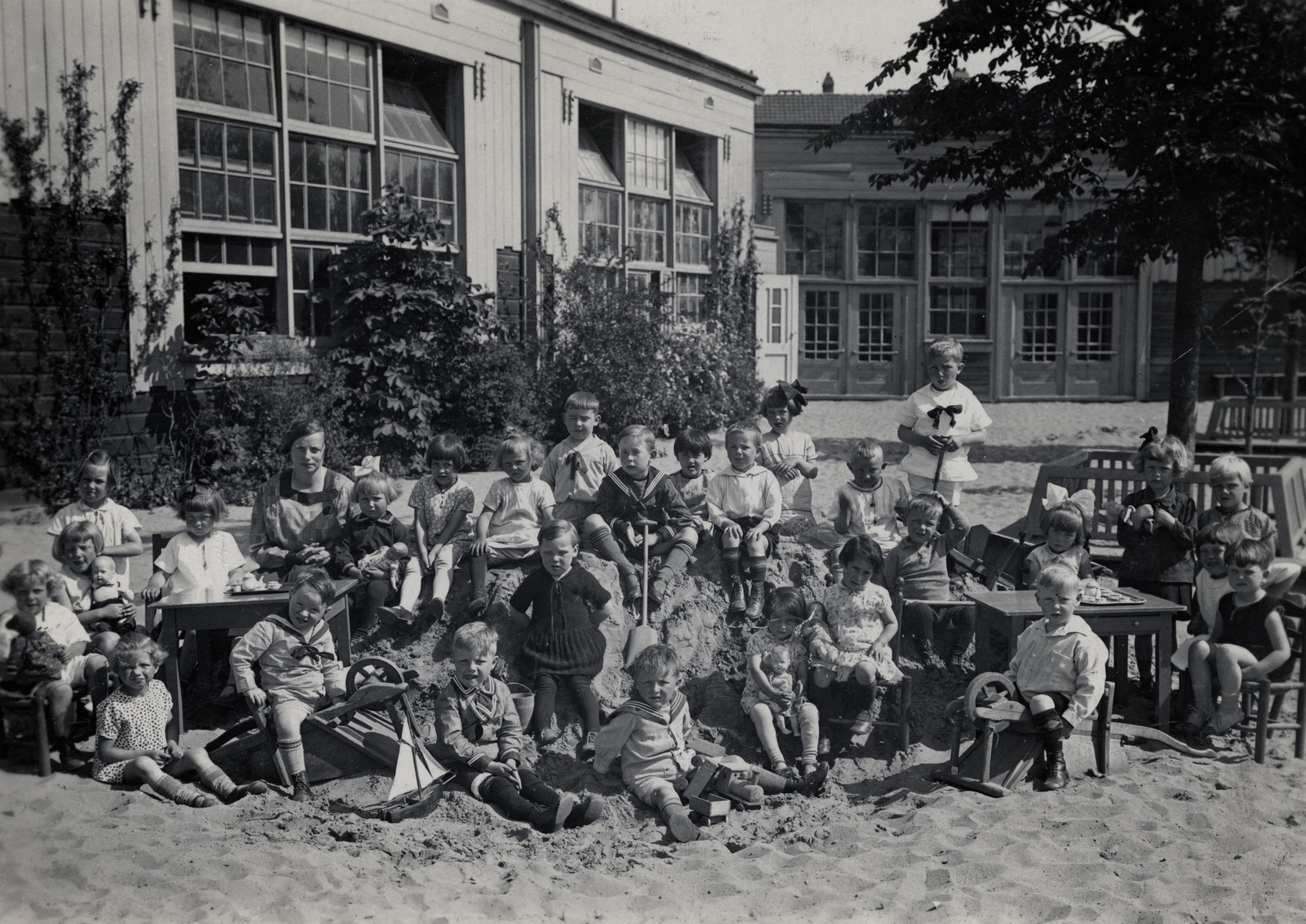 Young children play in a large sandbox in a kindergarten in Amsterdam.

Among those pictured is Betty Kok.