Studio portrait of Anita Randerath, a young Jewish girl and cousin of the donor, who was killed shortly after this photo was taken. 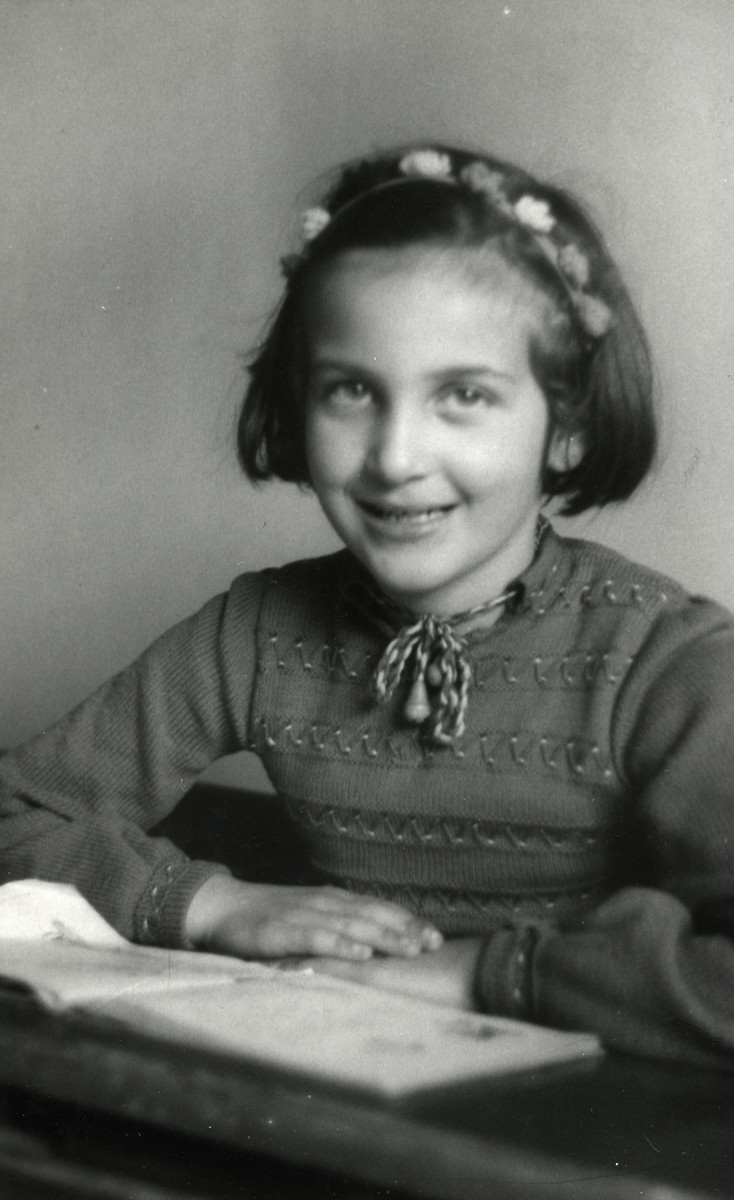 Studio portrait of Anita Randerath, a young Jewish girl and cousin of the donor, who was killed shortly after this photo was taken.

Biography
Anita Randerath was born in Bonn, Germany in 1934 and moved to The Netherlands. Anita was murdered in 1942 in Auschwitz, Camp.
Marta Van Collem (later Dotan) is the daughter of Henry (b. May 1, 1894, Eindhoven) and Lotte Randerath (b. April 10, 1900, Herzfeld, Germany). Marta was born on June 6, 1929 in Amsterdam where her father worked together with his uncle as manager of as "Billiard Factory Wilhelmina," a factory that produced high end billiard tables, cues and balls. They sold their products all over the world. The factory was located beneath their apartment. Henry was also a partner in the Pento Company which manufactured various cosmetic such as shaving cream, toothpaste, shampoo, face powder and lipstick. Marti had one older sister Ilse (b. September 26, 1926). The girls both attended the Montessori School. Henry helped found the Progressive Liberal synagogue and was also an administrator for the liberal Jewish community. Lotte sang in the Jewish community choir and belonged to the Jewish burial society. The synagogue was the center of Marti's life, and she and her sister attended the same weekly Hebrew school as Margot and Anne Frank. After the Nazi seizure of power in Germany, the family always housed German refugees and relatives, sometimes for as much as a few months. Their home came to be known as the "Hotel Van Collem."