Portrait of Anne Onderweegs used on her false ID card. 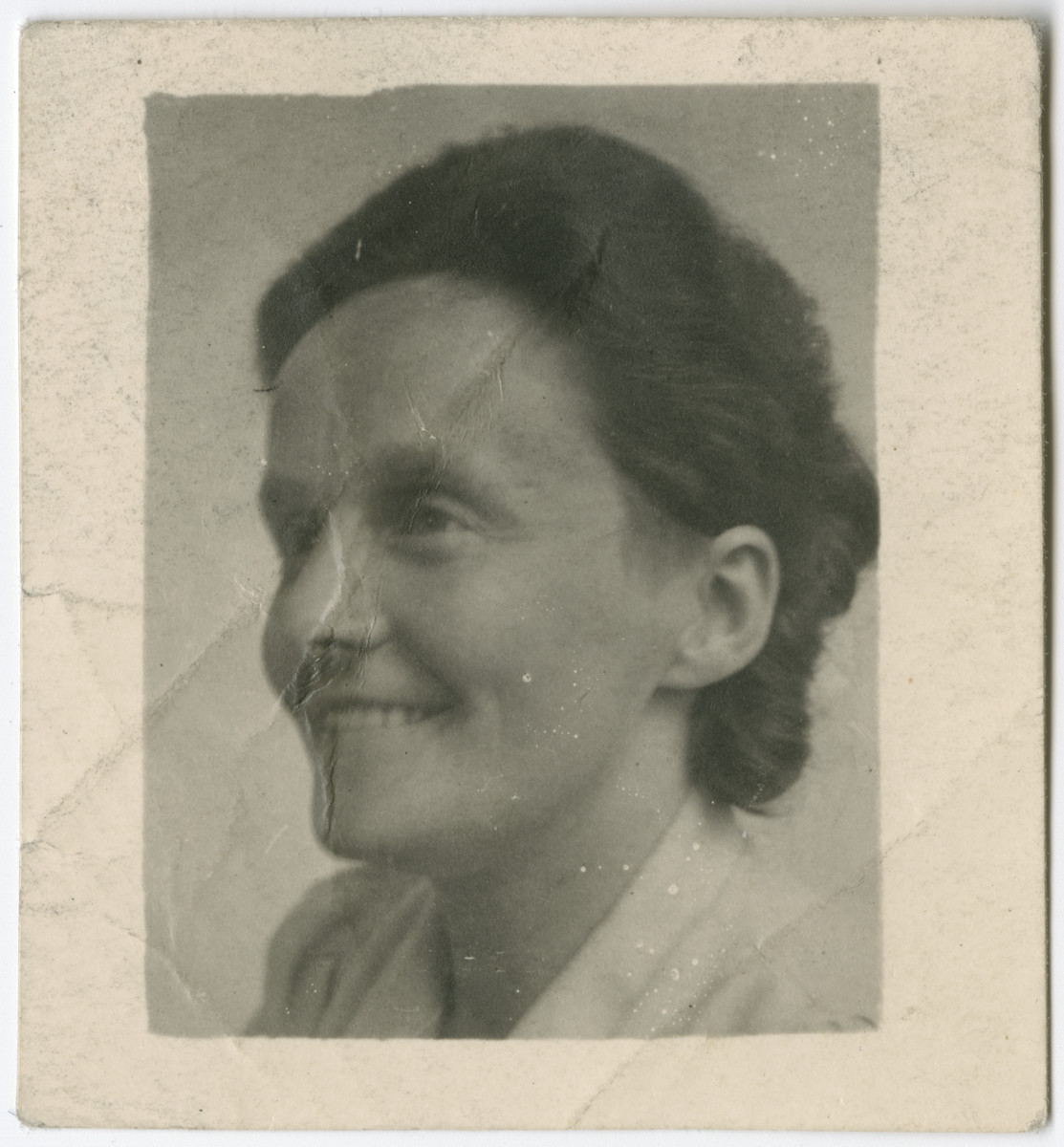 Portrait of Anne Onderweegs used on her false ID card.

Anne and Dick Onderweegs were members of the resistance in the Netherlands, where they assisted Jews in hiding. These IDs were created to help them escape detection after they were denounced and sought for arrest. The Onderweegs resuced Louis de Groot.

Biography
Louis de Groot is the son of Meijer de Groot (1897-1944) and his wife Sophia Swaab de Groot (1900-1944). He was born in 1929 in Arnhem where his father owned a hardware and electrical appliance store on Rijnstraat in the city of Arnhem, The Netherlands. He had one sister Rachel (1927-1944). After being warned of a forthcoming round-up of Jews, the de Groot family left their home in Arnhem to go into hiding in November 1942. On December 22, 1943, Louis de Groot met with Frans Postma, a detective with the Amsterdam police, and traveled with him by train to the town of Joure, in the province of Friesland. There, he accompanied him to the home of Uilke Boonstra. Uilke Boonstra and his friend Sjoerd Wiersma were leaders of the resistance in the southwest region of Friesland. Boonstra had arranged for Louis to stay with other resistance members, the Onderweegs. However, it was Christmas time and they were on vacation, so Louis stayed with Boonstra until January 3, 1944. After the Onderweegs returned, Louis stayed with them until the spring of 1944. At that point, the Onderweegs were denounced and had to go into hiding themselves,

Rachel eventually joined her parents at their hiding place in Amsterdam, while Louis made it to the home of Dirk and Ann Onderweegs in Lemmer in January 1944. Rachel and her parents were denounced on April 8, 1944, arrested by a Dutch policeman who was a childhood friend of Meijer's, and sent first to Westerbork and then to Auschwitz where they perished.

Louis stayed with the Onderweegs until August 1946 when he entered the Jewish Boys Orphanage in Amsterdam. He fought for Israel in 1948, briefly returned to Holland, and emigrated to the United States in 1950, where he married and had two sons.