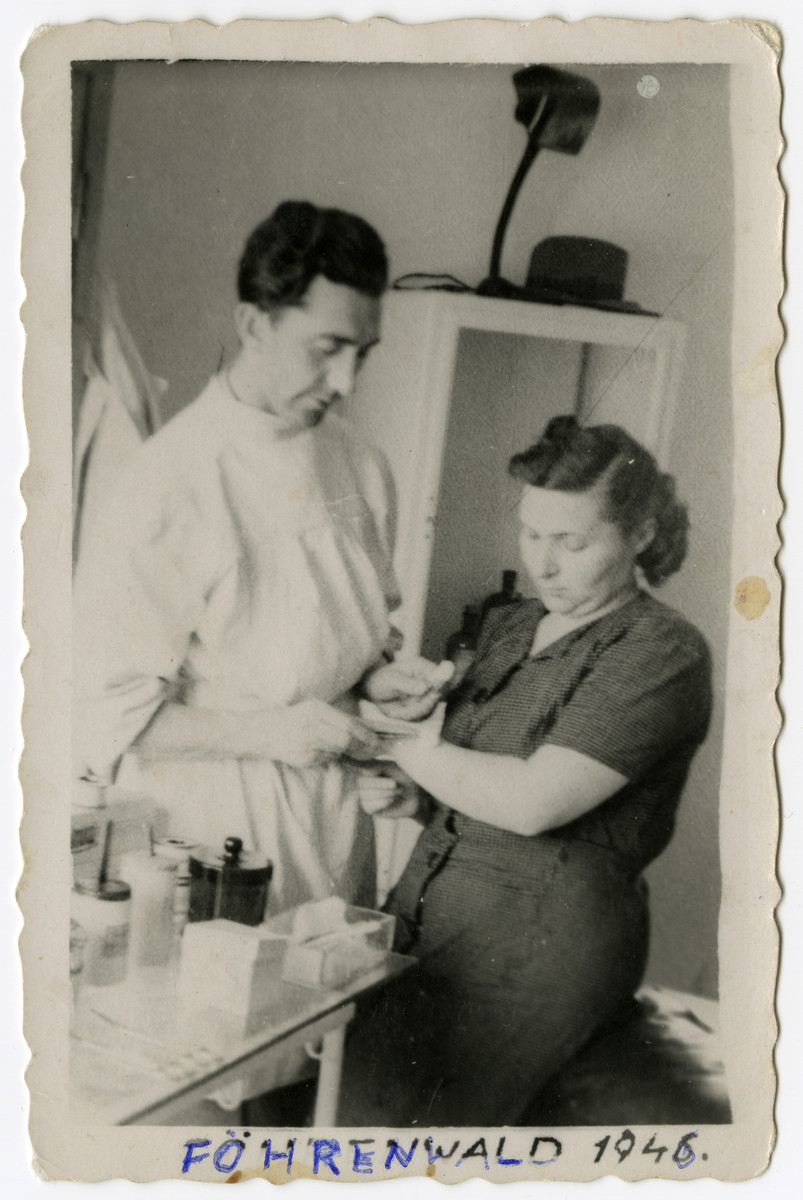 Pictured are Dr. Filo Mantel and a nurse [name unknown].