Identification card for Victor Assal (the father-in-law of the donor). 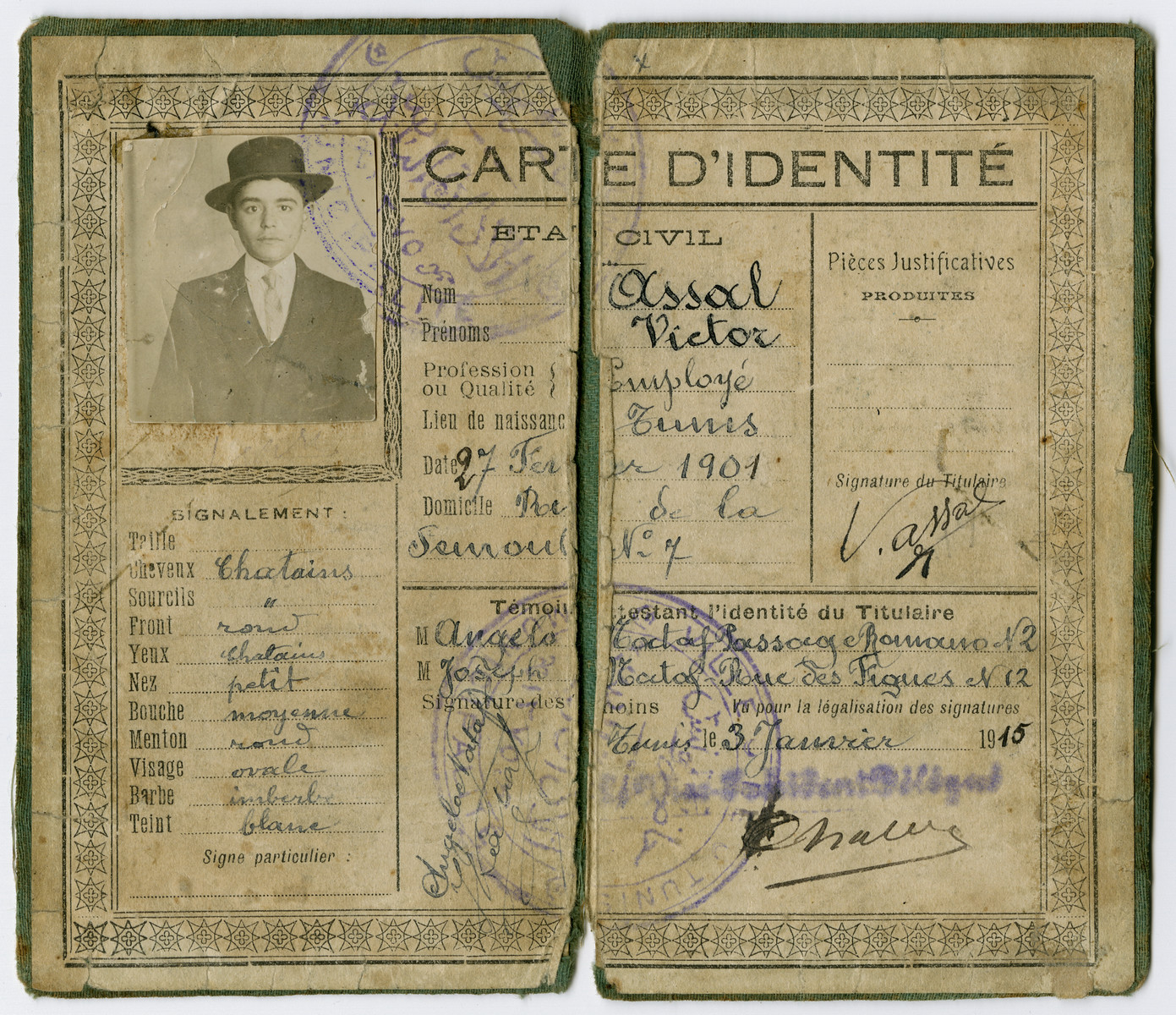 Identification card for Victor Assal (the father-in-law of the donor).

Biography
Francois (Fraji) Assal, the husband of the donor, was the son of Sultana and David Victor Haim Assal. He was born in Ariana, Tunisia to a large, impoverished family. His father worked as a shoe salesman. During the German occupation of Tunisia, Fraji's father was conscripted for forced labor. After the war, Fraji and his brothers all immigrated to Israel and came to a Beitar moshav, Mevo Beitar. His sisters immigrated to France. Fraji graduated from the university and became an engineer. In 1961 he immigrated to the United States.