Courtroom view of the Krupp proceedings. 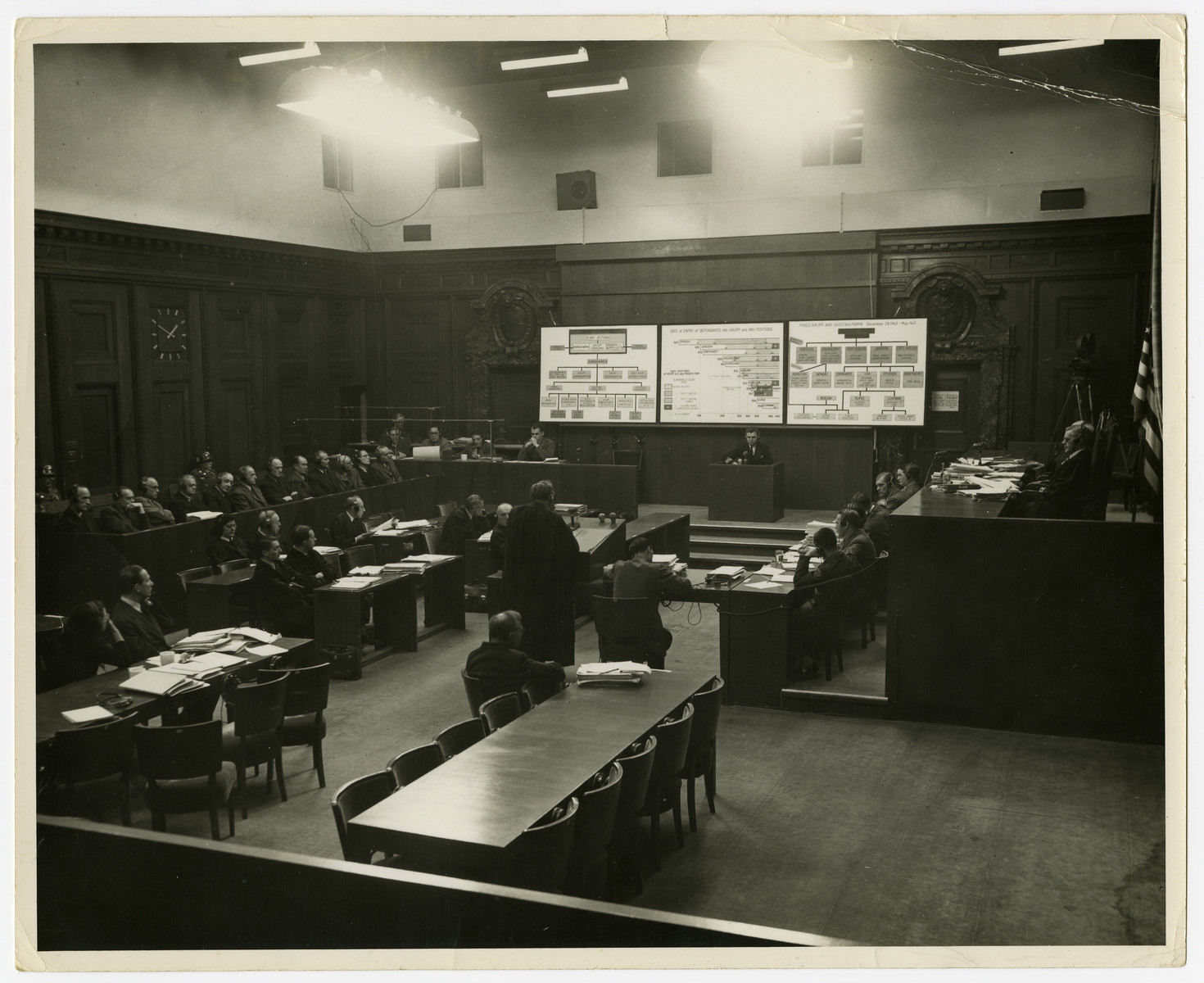 Courtroom view of the Krupp proceedings.

https://www.ushmm.org/wlc/en/article.php?ModuleId=10007081.
Biography
Max Austein (the father of the donor) was born in Austria in 1909. After immigrating to the United States in 1937, he facilitated the immigration of the rest of his immediate family. The same day that Max arrived in New York, Pearl Sens came on a separate boat from Poland. They later met and married. Pearl was the youngest of seven children. Her older brother who had immigrated earlier, obtained a visa for her to work as his nanny. Instead, she worked as a hair-dresser. After the American entry into World War II, Max Austein was drafted into the US Army and was sent to Camp Ritchie in Maryland, a special camp that trained native German speakers to do intelligence and translation work. Though he already spoke French and German, the army taught him Italian as well. Max Austein served stateside during the war in the intelligence corps guarding German POWS in the United States. However, Max Austein did return to Europe after the war as a civilian. On November 12, 1947, the US Military Government for Germany created Military Tribunal III-A in order to try the Krupp Case. was a courtroom trial translator for the Case #10 at Nuremberg -- the Krupp Case. Max was hired to work as a translator. Since he had had some technical training in Austria, his primarily responsibilities consisted of translating documents, some quite technical. After the trial, Max remained in Europe to help care for displaced persons. Pearl joined him and found a job supervising the health and safety of hair salons and barbershops. Their two children were born in Germany: David (b. 1950) and Cheryl (b. 1953). The entire family returned to the United Sates in 1955, and Max worked in the egg business until his retirement in 1976.