A group of men pose in front of the store belonging to Martin Cohn (grandfather of the donor). 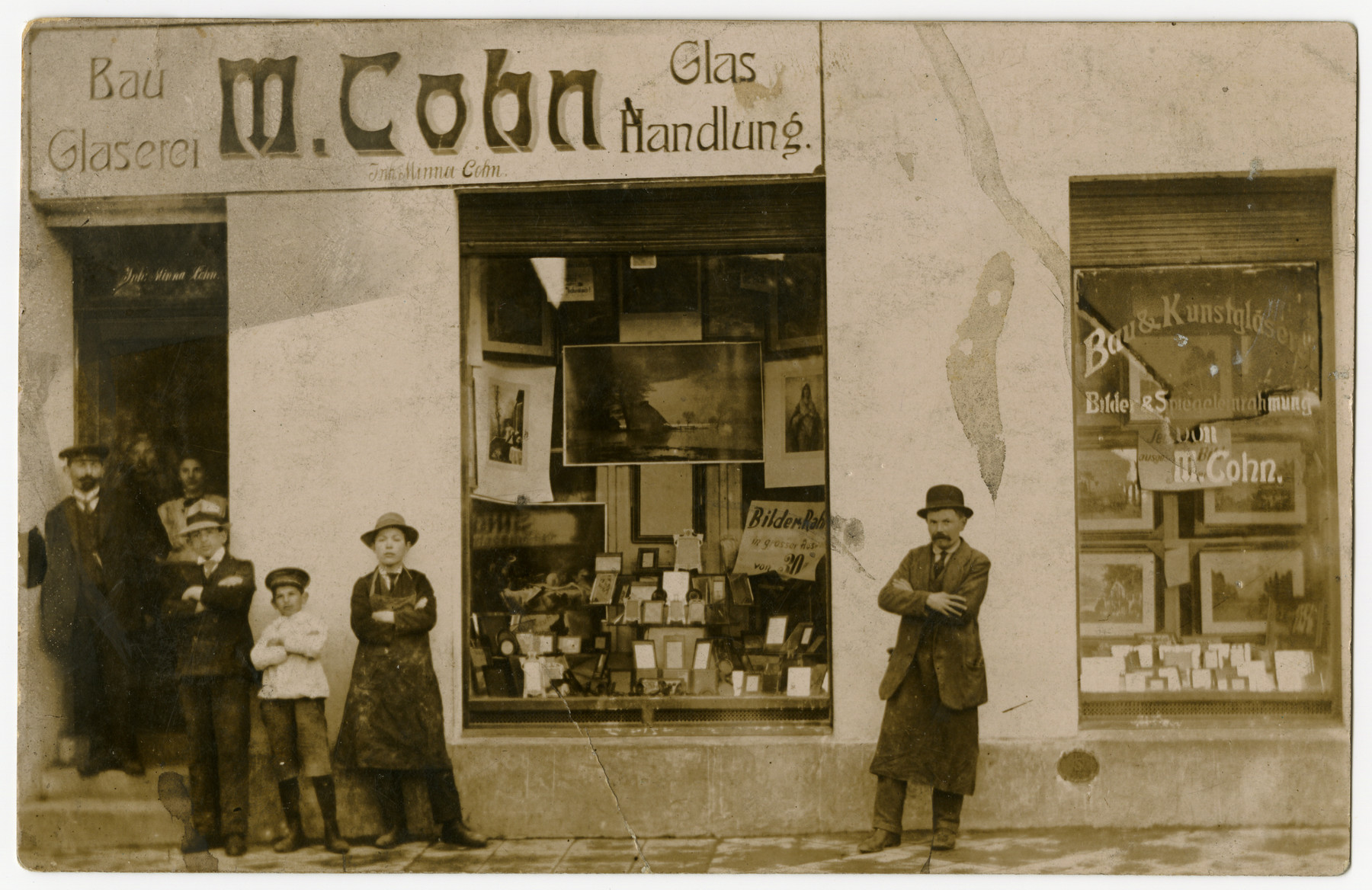 A group of men pose in front of the store belonging to Martin Cohn (grandfather of the donor).

Biography
Marianne Roberts (born Marianne Cohn) is the daughter of Marcus and Ida Cohn. Marianne was born on June 30, 1920 in Ludwigshafen, Germany, near the city of Mannheim. She had one sister Liselotte (later Lottie) three and a half years older. Her family owned many businesses, including a movie house called the Rheingold Theater, an apartment building, and a shoe store. However, under the Nazis all their businesses were Aryanized and the family lost title. Her father Marcus Cohn died from tuberculosis On January 1, 1933, the same month that Hitler became the chancellor of Germany. After the Nazi take-over, Her mother Ida Solomon Cohn tried hard to find a way out of Germany. She made arrangements for the family to go on a cruise to Palestine, telling the authorities they would be back soon - but thinking they would leave and never come back. However, the day before their departure, the secret police came to their house and confiscated their passports. Ida then asked distant relatives in America to help them get visas (Due to the quota system, it took three years for the visas to be granted). However in 1936, Ida died of pancreatic cancer. Marianne and Lottie lived for the next three years together under the Nazi regime as orphans. They were expelled from school and called to City Hall to have their portraits taken for new identification papers. The portraits had to expose their left ear since the Nazis explained that Jews have distinctive ears that are different from Aryan ones. On Kristallnacht, on November 10th, 1938, at 5:00am, the door of their home was broken down. A crowd of men barged into their home smashing all their furniture and belongings and confiscating the valuables. The two sisters fled deep down to the root basement still in their night clothes. They remained there for two days without food, drink or heat. Due to the cold, Marianne got rheumatic fever and a heart murmur. They then fled to the home of friends and went into hiding. Food was scarce and no one could go out. After a few months, in spring 1939, the girls learned that their American visas had arrived. They escaped by train at night to the American Consulate in Stuttgart to pick up them up, and then fled by a train to Holland without anything save 10 Reichsmarks. When they arrived Dutch friends of their parents gave them money to continue their journey from Holland to England. From England, Marianne sailed alone (her sister came later) on the Cunard White Star to New York, where she found work in a doctor's office in Brooklyn. She later got married and had two children. Marianne lived in New York, Florida, and now North Carolina.