Page from volume two of a set of scrapbooks compiled by Bjorn Sibbern, a Danish policeman and resistance member, documenting the German occupation of Denmark. 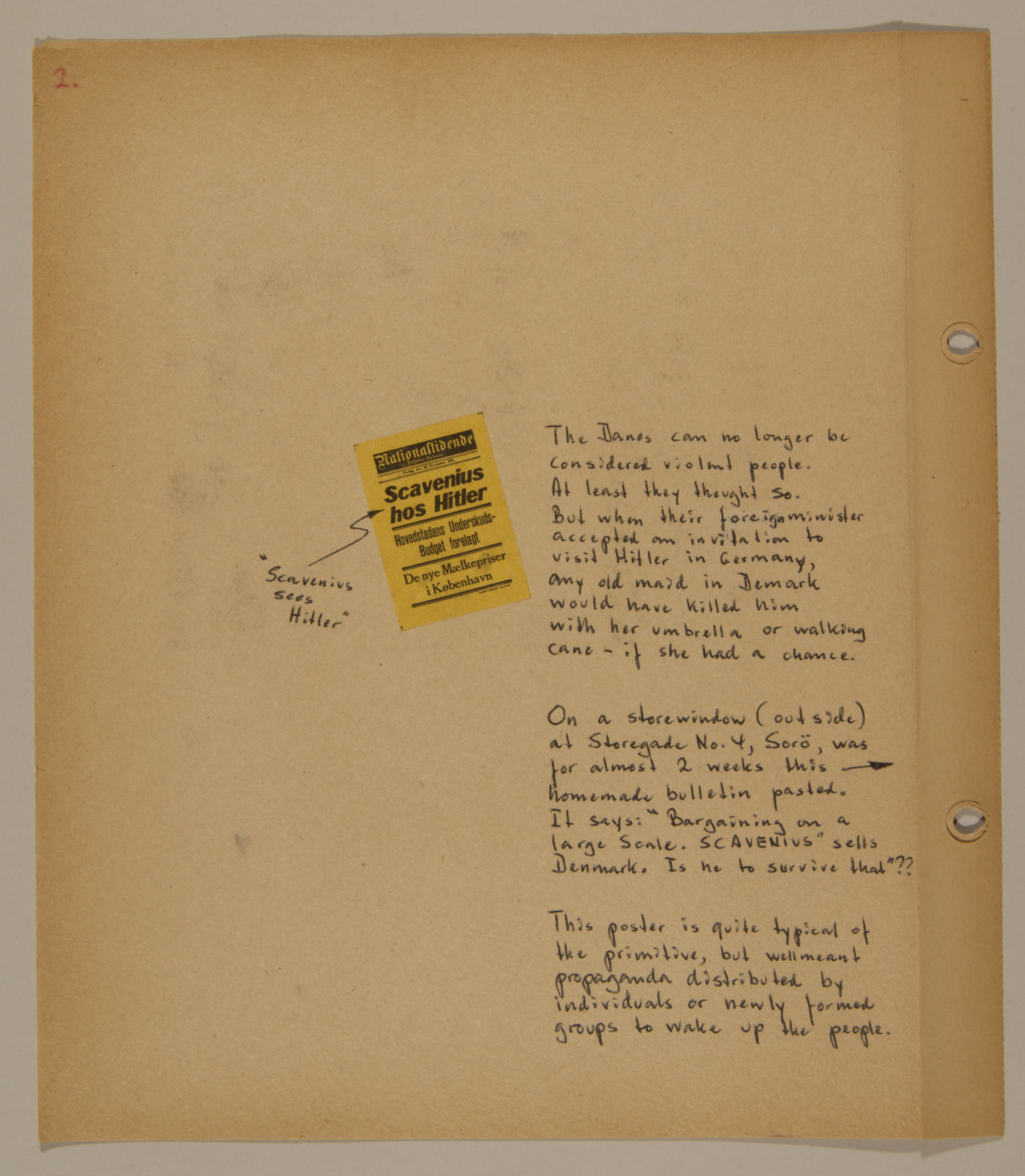 Page from volume two of a set of scrapbooks compiled by Bjorn Sibbern, a Danish policeman and resistance member, documenting the German occupation of Denmark.

This page documents the decision of Scavenius to visit Hitler and the resistance that ensued.

The Danish police played a major role in support of the Danish resistance movement, and some documents relate directly to Mr. Sibbern's work in the underground. He was in charge of the printing and issuance of false identification cards. There are several examples in the scrapbooks. The albums contain both real and forged cards as well as his forgery stamps. The scrapbooks also contain leaflets dropped over Denmark of Nazi propaganda, anti-Nazi cartoons and photographs of German officials, Danish collaborators, sabotage and demonstrations. Every page is fully annotated in English.
https://encyclopedia.ushmm.org/content/en/article/denmark.
Biography
Bjorn Sibbern was born May 18, 1916 in Soro, Denmark and his wife Tove Gertrud Sibbern was born October 27, 1920. Sibbern was trained as a book-binder, but during the war, he worked as a police inspector; Tove, his wife worked as police clerk. Both became active in the Danish resistance, and Bjorn used his skills as a bookbinder to manufacture false papers for the underground. He also used his police credentials to investigate being suspected of being Nazi informers. After the war the Sibberns moved to Canada and later settled in California where Bjorn Sibbern compiled five scrapbooks documenting the German occupation of Denmark.