Office workers in the Schlactensee displaced persons camp work at a table. 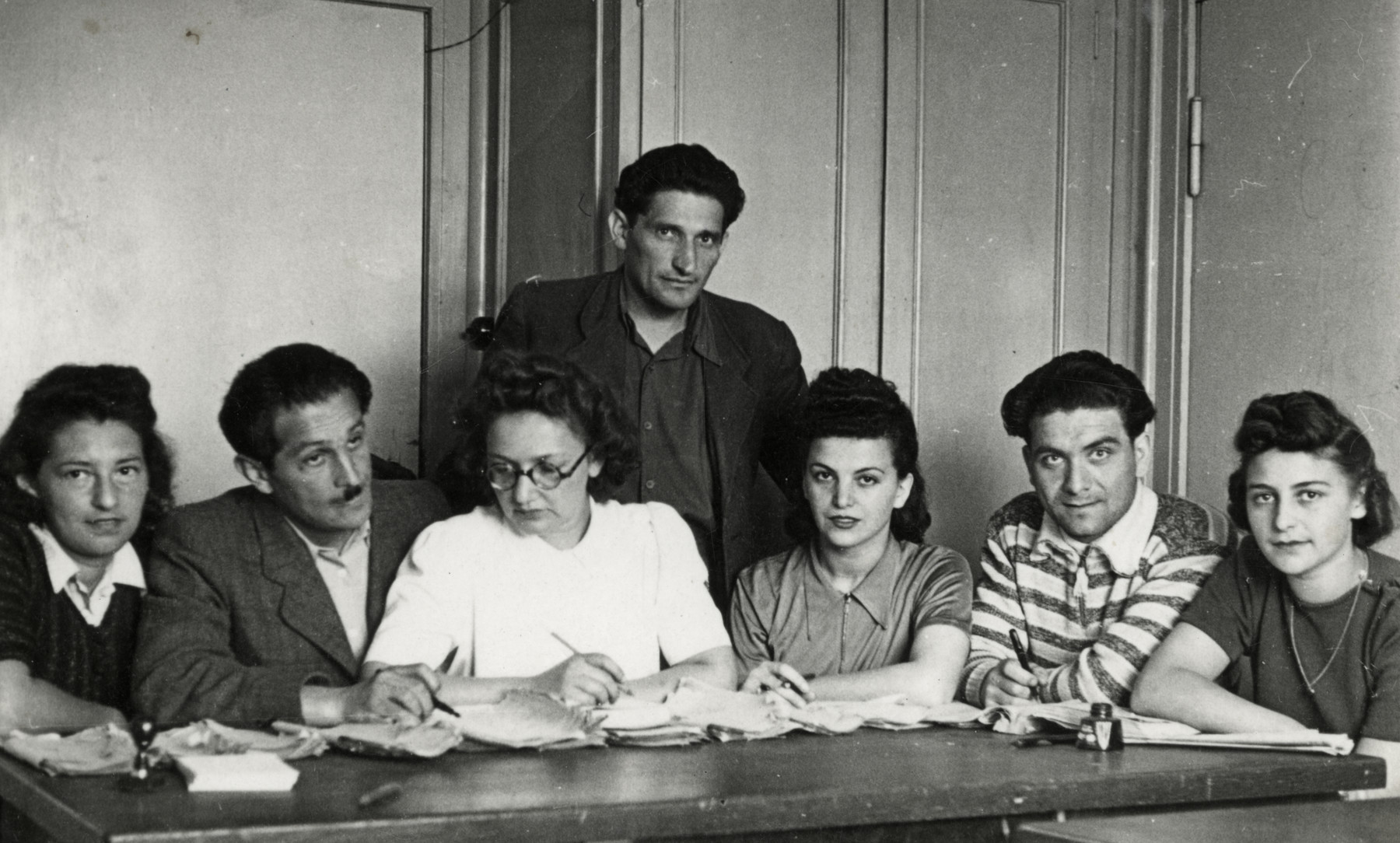 Office workers in the Schlactensee displaced persons camp work at a table.

Among those pictured are Ms. Langsam (third from left), Mary Binder (third from right), and Rozalia (Krysia Laks) Lerman (far right). Tuvia Grossman has also been identified in the front right.